Hall of Fame OF Tony Gwynn Diagnosed with Cancer

Hall of Fame OF Tony Gwynn Diagnosed with Cancer 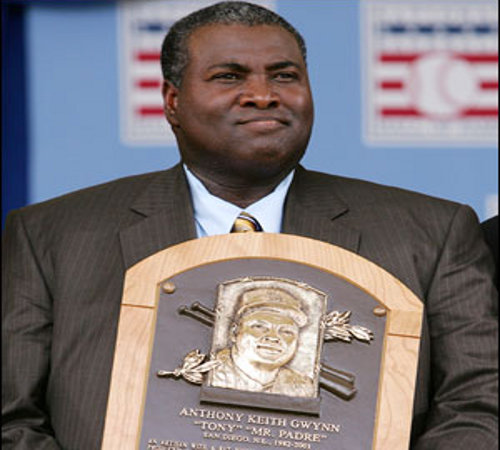 San Diego Padres Hall of Fame outfielder Tony Gwynn has been diagnosed with cancer of the salivary glands.

ESPN reported that Gwynn told the San Diego Union-Tribune that he has had three procedures since 1997. All of those surgeries were to remove non-cancerous tumors in the largest salivary gland.

In the most recent surgery they found a malignant growth, and Gwynn had the following to say on Friday, “They took out three lymph nodes and did all the tests and the results showed cancer in the parotid.” Gwynn, 50-years-old, is faced with radiation and chemotherapy treatments.

He was told they caught the cancer early and it is a slow moving but aggressive form of cancer. Gwynn responded to that news by saying, “I’m going to be aggressive and not slow-moving in treating this.” Gwynn attended San Diego State and also coaches the baseball team; he plans on returning to the sport.