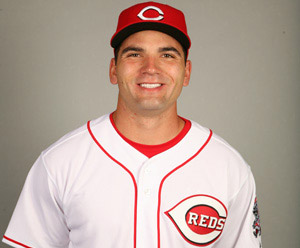 The Associated Press released Monday that Cincinnati Reds 1B, Joey Votto, is the 2010 Major League Baseball NL MVP. Votto received 31 of 32 first-place votes from the Baseball Writers Association of America. He was named to his first All-Star game and helped lead the Reds to their first post-season appearance in 15-years. Votto hit .324 with 37 HRs and 113 RBIs during the regular season.

This is the 12th time the Reds organization has had a player receive NL MVP honors. Votto is the first Reds player since Barry Larkin to achieve this feat – Larkin won the award in 1995.