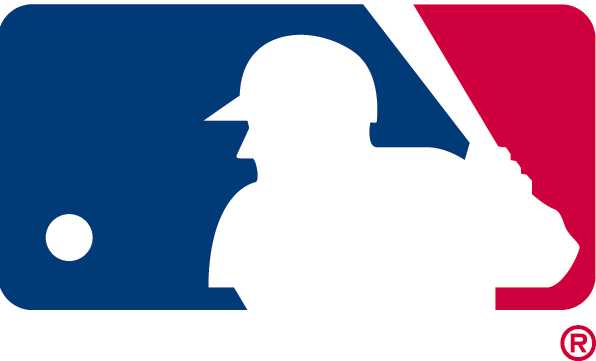 The 2010 MLB World Series will feature the Texas Rangers and San Francisco Giants. I doubt either of these two teams were high on anyone’s list when the players were gathering for spring training back in March, yet here they are, and they earned it.

I don’t believe this is the dream World Series match-up that baseball had hoped for. There are no super-stars and there isn’t a super-power team for casual fans to route against. I will watch it and likely enjoy it, but don’t think this series has much appeal to the masses under any circumstances.

Kevin Kernan, from the New York Post, disagrees. When I asked him on Twitter what he thought about the mass appeal of this series, Kernan said “I think if the games are good, people will watch, the Giants have a fan base, too.”

Whether the casual baseball fans tune in or not, one of these organizations is going to have generations of fans who’ve waited to celebrate a World Series.

After 49-years without a playoff series win, the Rangers beat the Tampa Bay Rays in five-games. They followed that up by clinching the AL Pennant with a six-game series win over the New York Yankees.

The Giants last made the playoffs in 2003. The season before, they won the NL Pennant and eventually lost to the Angels in the World Series.  The Giants organization owns five World Series titles, with the last one coming 1954.

The journies these two teams took to get to the World Series were quite different. The Rangers had a firm hold on the AL West for the majority of the season, while the Giants trailed the San Diego Padres pretty much up until the final week of the season and secured victory in the final series of the year against the Padres.

Through the first two-rounds of the post-season they have displayed similar formulas for advancing. Both teams have showcased their superior pitching.

So, which aspects of this series are these teams favored? Which team will win and how many games will it take to crown a new king of the diamond?

A Pair of Aces 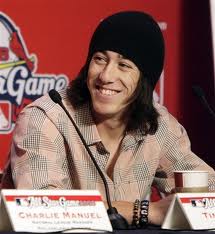 There is no shortage of pitching in this series and that will be apparent in game 1 when Tim Lincecum squares off against Cliff Lee – both former Cy Young award winners.

Lee pitched last season in the World Series for the Phillies — and those were the only two games they won. He has clearly been the most dominant pitcher this post-season winning all three of his starts with 34 strikeouts and posting a 0.75 ERA.

Lincecum has a 2-1 record this post-season with 30 strikeouts and a 1.93 ERA. If he can out pitch Lee in the first game, it may force Rangers manager, Ron Washington to start Lee again in game 4 on four days rest.

The Rangers have had a nice surprise from C.J. Wilson in these playoffs and Colby Lewis pitched lights out in the clinching game against the Yankees. They also have Tommy Hunter who is capable of pitching very well.

Texas’s bullpen pitched great in the previous series and most of my concerns about rookie closer Neftali Feliz have been answered. Feliz has looked dominant in his post-season outings, but hasn’t pitched in that tense one-run game yet.

The Giants have the third best pitcher in this series, Matt Cain. Cain is one of the most underrated pitchers in baseball. They also have young lefties Jonathan Sanchez and Madison Bumgarner that can shut down offenses when they get rolling.

The Giants bullpen has been very impressive from middle-relief all the way to Brian Wilson. Is it just me, or is that beard of his starting to make him look like the younger version of the “Most Interesting Man in the World”?

I give an overall slight pitching advantage to the Giants. 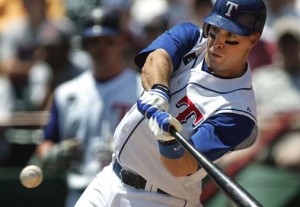 At the top of the order they have Elvis Andrus setting the table hitting .333. He is always a danger to steal with 7 stolen bases this post-season.

The Giants have also been fueled by the unlikely source of Cody Ross and his 4 HRs with 8 RBIs. Ross is the only Giants starter hitting over .300 in the post-season.

Rookie catcher Buster Posey has played nicely and Andres Torres has started to come around by finding his way on base. They need Torres to get on base and use his speed in an attempt to rattle the Rangers pitching staff.

The Giants desperately need the bats of Aubrey Huff and Pablo Sandoval to wake up. Huff has no extra base hits thus far and Sandoval has only 3 hits in 14 at-bats.

The Rangers have announced that Guerrero will play outfield in game 1 or 2 so they don’t lose his offense without the designated hitter in the National League ballpark. 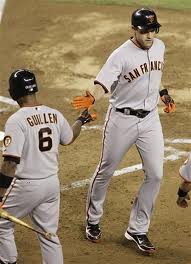 The Giants had concerns about scoring runs all season and tried to address those needs by picking up Jose Guillen and Ross. It has been the bat of Ross that is propelling the offense through the post-season. It will be interesting to see which player proves to be the better acquisition on the games biggest stage. In game 1 the right-handed hitting Ross faces off against the left-handed pitching Lee.

This World Series may not have the glamour of the other potential match-ups that could have been, but it will be an entertaining series. I predict the Texas Rangers winning the series in 6 games.

Although the Giants have tremendous pitching, the Rangers have too many big bats in the line-up. My World Series MVP is Guerrero. He may miss a game due to the loss of the DH in San Francisco, but when he plays he will do damage.

I would like congratulate the fans from both teams on the success they have enjoyed this season. May the best team win, the stars shine bright, and the umpires get the calls right. Let’s play ball!