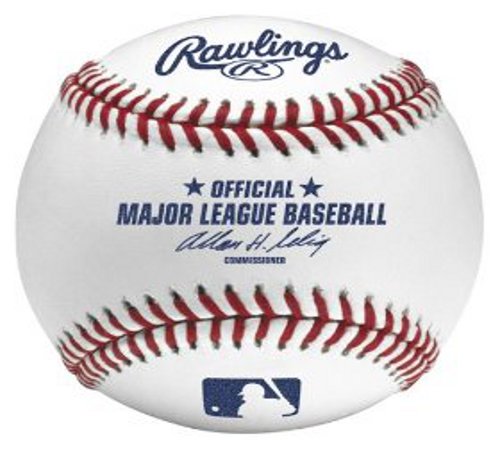 This is the final regular season edition of S&S, and I feel it is only fitting to hand out my season awards for 2010.  I will end with 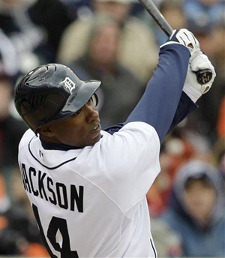 The AL ROY is the one award I’m sure the voters will agree upon the most.  Minnesota Twins third baseman Danny Valencia has played nicely for the AL Central division winner, but hasn’t really played enough to get full consideration.

A big surprise to many this season has been the emergence of the Texas Rangers. Closer Neftali Feliz has been a major contributor, nailing down 37 saves.  When the playoffs come around I think the Rangers will wish they had a proven veteran at that position.

The Detroit Tigers OF Brennan Boesch started the season off hotter than a Mexican sweatshop, but cooled off considerably as time progressed. Boesch has shown some great potential for the future.

Stealing my vote (and I’m sure many of the actual voters) is Boesch’s teammate, OF Austin Jackson.  Besides playing great defense in center field, Jackson has also hit well in the leadoff spot with a .295 AVG. If he increases his power at the plate and improves his pitch selection to lower his strikeout totals he’ll be a top CF.

Two guys that deserve to be in the conversation are St. Louis Cardinals’ SP Jaime Garcia and Florida Marlins’ 1B Gaby Sanchez.  Both players seem to have bright futures ahead of them, but aren’t as noteworthy because their teams have no chance at the playoffs.

I wrote earlier in the season that 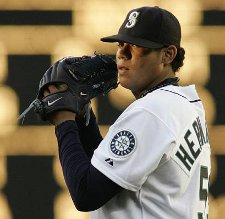 I have heard a lot of baseball dorks, including ESPN’s Bill Simmons, make an argument for Seattle Mariners SP Felix Hernandez.  I understand the fact that he leads the AL in Ks, ERA, WHIP, and innings pitched, but he has a record of 12-12.  I can’t vote for a guy who only has 12 wins.

Everyone wants to use “if’s” and “buts” in this situation, but it doesn’t work.  It’s like saying if the Kansas City Royals had the New York Yankees payroll they would be in the playoffs every year. Well they don’t, and that’s too bad.  It’s unfortunate that his spectacular year is wasted on one of the worst teams in baseball.

Starting pitcher Trevor Cahill has had a nice season for the Oakland Athletics, but this race comes down to two pitchers. I must apologize for not mentioning SP David Price from the Tampa Bay Rays when I

Earlier in the season I was 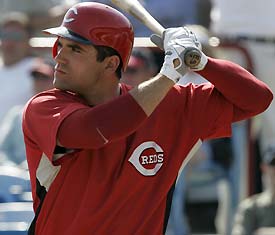 The Padres are tied for the most surprising accomplishment of the 2010 baseball season with Toronto Blue Jays 3B/OF Jose Bautista and his league-leading 52 HRs.  He has definitely been the MVP on an irrelevant team.

In a contract year, OF Carl Crawford has been amazing for the Rays offensively and defensively.  Second baseman Robinson Cano has arrived as the new star Yankee, combining a high average with power, and should finish third in the voting.

In the end it is a two-horse race between the Rangers’ OF Josh Hamilton and Tigers’ 1B Miguel Cabrera.  The voting is so close that it comes down to how the team did. Yes, Hamilton hits in a better lineup and plays on a better overall team, but that is not to his credit.

The numbers Cabrera put up for the Tigers this season are very impressive, and if it wasn’t for a freakish year by Bautista and a .361 batting average by Hamilton, Cabrera would have had a shot at the Triple Crown.

Hamilton carried a team that ran away with division and although he has battled some injuries at the end of the season, he has been the AL MVP for the majority of the season.

The Rockies have two guys I could make a solid case for, and it would be improved if they made the post-season.  The September that SS Troy Tulowitzki is having is unthinkable. OF Carlos Gonzalez has emerged as the best all around player in baseball and he too had a shot at winning a Triple Crown.

You’ll never go wrong considering Cards 1B Albert Pujols.  This guy has carried the Cardinals offense every year for the last 10 seasons.

I personally can’t ignore the play of Reds 1B Joey Votto this season.  Votto has been amongst the league leaders in all major offensive categories all season long.  He has been the catalyst to a team that has surprised many and cemented his place as one of the best players in baseball, bar none.

Votto is my NL MVP and I would feel he got robbed if they gave the award to anyone else.

In the final week of the season I like the Braves to win the wild card and the Padres to steal the NL West division from the Giants in final series of the season in San Francisco.

I’m also finally willing to admit that the Rays are going to beat out the Yankees for the AL East division.

Come back next week for a breakdown and predictions of the American and National League Division Series’ match-ups.