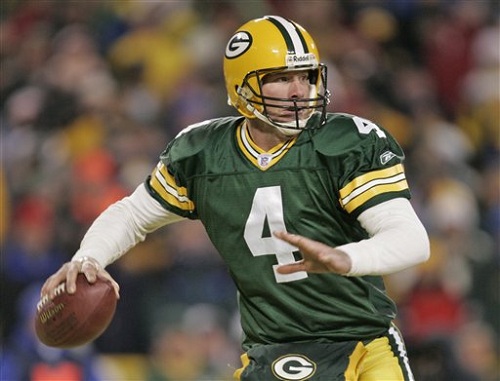 The circus surrounding Minnesota Vikings quarterback Brett Favre has allegedly added another wrinkle. The NFL has said they are investigating reports that the 40-year old future Hall of Fame QB sent racy messages to a woman who worked with the New York Jets.

According to a report by Deadspin, Favre sent a picture of his genitals and left her voice mails while during his one season with the Jets.  The woman in questions is Jenn Sterger, who formerly did game-day work with the organization.

Thursday, Favre was asked about the Deadspin report and he said, “I’m not getting into that.”

Favre and the Vikings are preparing for a Monday night match-up against the NY Jets.