Apparently you can fit more than silicone in there. Lincolnshire England, a woman is caught smuggling steroids into Lincoln Prison for her inmate boyfriend. 25 year old Katarzyna Paszkiewicz brought the steroids to her boyfriend by hiding them in her bra; Paszkiewicz told the judge she was pressured by her boyfriend who as due for release in five days and that she feared for her life if she didn’t comply.

Paszkiewicz had entered the jail with 100 tablets stuffed inside her bra and covered the tabs in black pepper in an attempt to confuse the dogs at the security checkpoint; she was successful in her attempt but it would be during her visit that security cameras caught Paszkiewicz passing the tabs to her boyfriend.

Now here’s the kicker and what I found very interesting. Paszkiewicz plead guilty to distribution charges and was given a sentence of six months later suspended for one year by the judge. Judge Sean Morris said:

“This was not heroin. They were steroid pills for your boyfriend and no-one else.”

“You are a young mother of good character who happened upon the wrong man.”

Wow! You think there’s even the slightest chance any judge in the U.S. would ever make a statement like that? Basically Judge Morris said they were just steroids, big deal but in the U.S. steroids have somehow overtime seemingly become public enemy number one, largely due to the media appeal. Not in the U.K.; in the U.K…steroids? Who cares!

Wouldn’t it be nice if some of that sanity found its way across the pond? 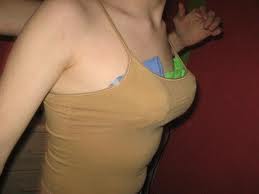 To Blog Or Not To Blog ( Is That Really a Question?)
Sustanon Side Effects
Sweden & Their New Found Witch Hunt
So You Want To Be A Bodybuilder Part Two