Sex is one of the greatest ways to spend time, express love, and release excess energy.  Maintaining a healthy body can lead to a healthier sex life.  This not only refers to frequency, but also the personal desire and upkeep of private personal equipment.

Research done by The British Medical Journal showed that overweight women were 30% less likely to have a sexual partner than women within a healthy weight range.

Today, men and women who are physically fit or even skinny are objectified as the sex symbols of our time.  This is the common trend portrayed in movies, television, and magazines.  This wasn’t always the case for women, though. At one point in history, full figured women had their day, and some men still desire that body type. Heck, by today’s standards, Marliyn Monroe would be considered fat.

The high school years are when a large number of teens will have their first sexual encounter.  It is also when they teach teens about the dangers of sexually transmitted diseases and how to have safe sex.

High school also happens to be one of the hardest places to enjoy anything when you’re overweight –  especially sex.  For fat teenage guys, it is next to impossible to get laid in high school so they enjoy the safest sex of all – quality time with “Rosie Palm and her five friends.”

Overweight or obese teen girls are actually more likely to engage in sexual activity, but often times for the wrong reasons –  to fit in or attempting to keep a boyfriend.  This is a time period when many bad sexual habits can be created leading to STDs and unplanned pregnancies.

A study was published in The Journal of Sexual Medicine on the correlation of men suffering from erectile dysfunction and their body weight.  The studies took place over six years with over 2,400 men being treated with ED at an outpatient clinic.

The results showed that the more obese a man was, the harder time he had maintaining an erection – pardon the pun.

You may be thinking something similar to what I was thinking,  that it was a psychological block taking place.  Overweight men know their chances of doing the wild thing are slim, based on the fact that they may have a lower self-esteem due to the way they look.  Think of it as a poor, single man with a nearing vacation; he would be less likely to get excited if he knows that he will going alone.

The facts are that overweight or obese men have lower testosterone levels equaling in a lower sex drive.  Also, obesity is linked to decreased blood flow; every man knows blood flow is a necessity when pitching a tent.

Wrap it up Boys

Obese men have less sexual partners than men with healthy body weight, but are actually more likely to suffer from STD.  Like I said before, practicing safer sex is important for everyone even if you’re only having sex a few times a year.

I get the fact that men suffering from obesity hardly want to ruin their sexual encounters with a piece of rubber.  Obese men must remember that the one thing worse than being eyesores is having sores on your junk.

Is it a Boy or Girl 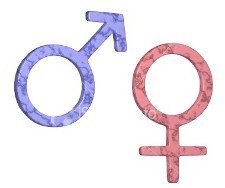 Women definitely have it harder than men when it comes to the pressures of sex.  There is the pressure of being sexually attractive compounded with the pressure of just having sex heaped on by their peers.  It’s a fact that men think about sex more and this results in more attempts to get women to do it.

A study, recently published in The Journal of Sex Research, found that the emphasis in United States on being young and thin has a more important influence than menopause on sexual functioning and satisfaction.

Big girls are more likely to give it up earlier, but once other healthy weight women lose the fear of having sex, bigger girls may take a back seat to obtaining a sexual partner.  The more sex you have, the more inclined you are to use the proper forms of protection.

I also think that women who feel like they have the choice of sexual partners and may want more than one aren’t going to risk the chances of diseases or unplanned pregnancies.

Oftentimes women with low self-esteem will not seek out the proper methods of birth control or make their partner wear a condom to avoid the risks of a dirty situation.

The Youth Risk Behavior Survey shows that obese or overweight adolescent girls are less likely to use the proper contraceptives in attempt to avoid unplanned pregnancies. The same way bad choices are made leading to weight gain is also the way bad sexual trends start.

How to Lose the Problem 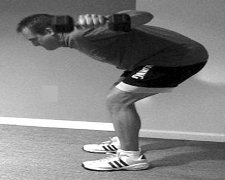 Doctors say the negative trends for men can be solved by exercising to lose weight to help with ED.  They also say that in many cases, obese men fighting ED the situation can rectify it with exercise and weight loss.  In the process you’re decreasing the chances of heart disease, diabetes, and many other health risking factors.

They also recommend that men partaking in casual sexual experiences put on a raincoat if they’re going to get wet.

For women, losing weight can have many positive effects in addition to their general health.  Obviously women can’t suffer from ED and obese women didn’t report any trouble climaxing due to excessive weight in studies that I found.

Weight loss for women is more a mental boost than anything.  Women who take it upon themselves to improve their bodies will not only feel better about their appearance, but also have their pick of men instead of feeling like they have to settle.

Exercise, eating right, and practicing safer sex techniques will lead to healthier body and eventually lead to healthier activity between the sheets.  Small changes like taking the stairs instead of the elevator, or parking farther away from a store will increase your daily exercise and stamina and in turn, help your sex life. Please remember to consult your doctor before any change in your diet or physical activity routine.