To start this article off I feel it is relevant to borrow a phrase from the MTV generation’s Salt-n-Pepa, “Let’s talk about sex”.  More importantly, let’s talk about how to increase your or your partner’s sex drive by the consumption of various foods.

I could use the word libido as opposed to sex drive, but libido sounds like a word my grandparents would use.  I think it’s safe to say that none of us want to think about our grandparents when discussing sex.

I often hear the complaint from men talking that after being with a woman for a while she loses her appetite for sex. I’m sure it has nothing to do with the fact that the man has stopped being romantic, put on weight, and in some cases acts like because he has a woman he is entitled to a certain amount of penetration.

I also believe there is a unspoken percentage of men who lack the sexual desire necessary to please their woman; they just don’t say anything because a lot men have a locker room mentality and pretend like they could sexually satisfy multiple women at the same time.

Whatever your reason for looking to increase your sexual activity is no business of mine, but if my research on this topic can aid you in any way it is my pleasure, or more accurately, your pleasure.

Eazy-E “Give Me That Nut”

I know that I have just made my second reference to 90’s rap music. Men, you can’t deny that back in the day certain rap videos were also great for arousal…I’m getting off topic.

The smell of almonds is said to arouse passion in females.  Almonds are a great source of essential fatty acids and also give you healthy hormones which is important if you’re going to have a strong desire to stroke.

I would suggest to any man who has been on a few dates with the same woman and may be looking for an edge to close the deal the bedroom, if you want to get that nut, maybe go on a healthy binge of almonds the days prior to the big date.

Wetter Than The Sea

When I was younger I heard people reference how certain kinds of seafood would supposedly make those who ate them hornier.  After I got to an appropriate age I found out that oysters are linked to increasing baby making activities.

Oysters contain plenty of zinc. Zinc is vital for producing testosterone and is also beneficial to sperm.

The added bonus is that oysters cause the body to produce dopamine,  a hormone that results in additional sex drive in bodies of both men and women.

Any men out there looking to partake in some long overdue love making, take her out for a seafood dinner and order a platter of wet and slimy oysters to help seal the deal.

The Darker The Better

Men you know when you get into a fight with your woman and have to say you’re sorry, remember this: Flowers say “I’m sorry”, chocolate says “I love you”.

Well according to the Journal of Sexual Medicine, chocolate not only displays how you feel, but also may help you get laid.  A study in 2006 showed that women who ate chocolate on a daily basis were more prone to sexual activity than those who didn’t.

So the next time you’re in the dog house, be sure to bring a box of dark chocolate and give her a foot message.  If all goes well maybe there will be a few extra pieces left over that you can melt down and get freaky with.

Is That a Banana in Your Pocket? 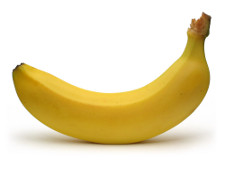 A banana can be used to arouse men in more than the way most men are thinking of right now, watching a woman slowly eat one.

Eating a banana will help too, as it contains the bromelain enzyme. This is thought to increase sex drive and in some cases cure the most feared word in the history of men–impotence.

I watched a documentary one time on monkeys and they said that monkeys had one of the highest sex drives of any animal.  Now I get it, men start getting some potassium, case closed.

The Aztecs called the avocado tree “ahuacatl”,  or translated in to English, the “testicle tree”.  Avocados naturally increase male hormone production due to the large amount of vitamin B6.

They also have potassium.  It’s effective for both men and women to regulate the thyroid gland, which ultimately increases sex drive.

Avocados also provide you with better, healthier looking skin.  For you single people out there, this fruit now has two ways to help you get laid.

Spice Up The Bedroom

I’m not suggesting you take any of these following items in the bedroom, although if your love making is really boring it couldn’t hurt.

Women’s Health has suggested some aphrodisiacs (a substance that increases sexual desire. The name comes from Aphrodite, the Greek goddess of sensuality and love. Throughout history, many foods, drinks, and behaviors have had a reputation for making sex more attainable and/or pleasurable) that could help you feel frisky from the inside out.

Ginger-a stimulant that may increase blood flow to the genitals

Honey–contains simple carbohydrates that provide instant energy and fuel for the working muscles.

Nutmeg & Clove–help your nervous system relax (nutmeg more than cloves).  Not too much nutmeg though, it could have hallucinogenic properties.

These are all great ways to try and increase your sex drive, before automatically relying on that little blue pill.  We’ve all heard the side effects: blurred vision, headache, facial flushing, upset stomach, erection lasting longer than 4 hours. No thanks.  Banana anyone?