Whispers of Ubaldo Jimenez for MVP

Whispers of Ubaldo Jimenez for MVP

Jimenez pitches in the hitter-friendly Coors Field, which has historically been conducive to producing a high ERA.

Jimenez’s record is currently 13–1 with 1.15 ERA. ESPN’s Buster Olney compares him to one of the all-time greats in a recent article.

“Ubaldo Jimenez is pitching like Bob Gibson in 1968, and he’s single-handedly propping up the Rockies’ playoff hopes along the way. If the season ended today, you could make a strong case for him as the NL MVP because no player has meant more to his respective team than Jimenez.”

In today’s ESPN broadcast, Olney reiterates, “if the season ended today, Jimenez would be the favorite for NL MVP.”

Do the fans share Olney’s opinion Jimenez for NL MVP?  Who was the last pitcher to win league MVP honors? Which other players will give him a run for his money? 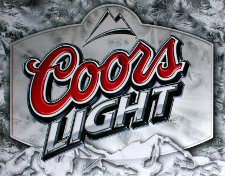 Apparently Coors Light, “The Silver Bullet,” isn’t the only thing from the Rockies that the fans are liking this year. ESPN conducted a poll for the fans asking who they thought would win NL MVP at this point in the season, and Jimenez won by a landslide.

A total of 17,054 votes were cast and Jimenez received 70 percent. Andre Ethier claimed 7 percent; Albert Pujols got 17 percent and 6 percent of the voters said, “other.”

These numbers are overwhelming, but we must keep in mind that the fans do not get a vote for NL MVP. MVP voters definitely take into account that Jimenez only pitches once every five days, while players like Pujols and Ethier make daily contributions to the team — earning a playoff spot.

In his article on Hardball Talk, Matthew Pouliot has Jimenez as the leader of the NL MVP race through the first quarter of the season, with Ethier coming in second.

I think the fans appreciate the fact that the Rockies are 23-31 in games not started by Jimenez. It’s tough to argue that kind of value.

The Rocket Before Juicing 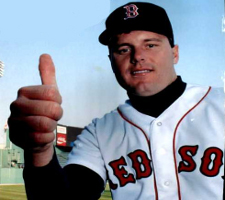 Through 14 starts, Jimenez is keeping some incredible company.

The first man on that list, Clemens, was the last pitcher to win MVP honors as a starting pitcher.  Clemens finished that season with a 24 – 4 record and a 2.48 ERA. He helped the Boston Red Sox to a World Series berth and captured his first of seven Cy Young Awards.

In all 14 games, Jimenez has made quality starts, going more than 6 innings and yielding less than 3 earned runs. The only pitcher to have a lower ERA after 14 starts is Al Benton in 1945 with a .091 ERA.

Everyone in the Rockies organization is in amazement of what Jimenez is doing, especially Manager Jim Tracy,  who had these remarks after Jimenez’s last start against the Minnesota Twins.

“What a performance, again. The mindset of this man and his awareness. This is not the first time that he faced a front-line guy from another ball club and did exactly what he did today.”

Clemens, aka “The Rocket,” also accomplished his MVP honors in the hitter-friendly Fenway Park, which adds to the amazement of how great these two men are.

Give Him the Cy Young Now

Almost three months into the baseball season Jimenez is a lock for this year’s NL Cy Young.

The next closest pitcher to Jimenez is the St. Louis Cardinals’ Adam Wainwright, who has 9 wins with a 2.41 ERA. Wainwright has four less wins, while pitching for a better team and surrendering one more run per ballgame.

Florida Marlins pitcher Josh Johnson has a very low 1.86 ERA, but compliments that with only 7 wins.

Both Wainwright and Johnson are well on their ways to having career years, but Jimenez is on his way to making history.

If he keeps his ERA under 2.0 and continues winning half the amount of games that he currently does in the first half, the Cy Young is his.

Must Make the Playoffs for MVP 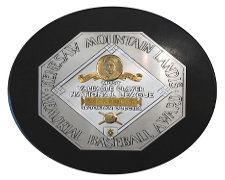 As of June 20, the Rockies are three games out of first place in the NL West and trail the New York Mets—who won’t make the playoffs—by two games for the NL Wildcard.

The NL West has proved to be a much stronger division than most baseball fans predicted. The Los Angeles Dodgers, San Diego Padres, and San Francisco Giants will create a rocky road for the Rockies to make the playoffs.

The MVP traditionally goes to an everyday player of a team that make the post-season. The Cincinnati Reds have two strong MVP candidates in Scott Rolen and Brandon Phillips.

The Cardinals will mostly likely make the playoffs and Pujols is always a strong choice for the award.

The Dodgers have Ethier putting together a spectacular year, leading the NL in batting average. If it wasn’t for a stint on the DL for a broken pinky finger, Ethier would probably be among the leaders in HRs and RBIs.

I know I said the Mets won’t make the playoffs, but if they did, one would have to consider David Wright for the award.

Bottom line, Jimenez can only be a serious choice if the Rockies make the playoffs and if he wins 25 games with an ERA lower than 2.0.

As the temperatures rise, so too will Jiminez’s ERA. Combine that with a few starts with no run support and he will fall short of MVP honors, but claim the Cy Young. Ultimately it will come down to whether or not the Rockies make the playoffs.