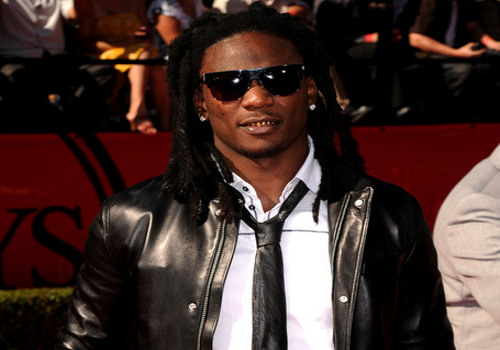 The NFL season is peeking at us from around the corner, and there are some teams that should be great.  The Titans, the Jets, and the Vikings should all have fantastic seasons.

However, each of these teams houses a monumentally stupid player who is not cognizant of team chemistry.  Given that Albert Haynesworth let down the Redskins you would think that these guys would be more sensitive to holdouts and selfish moves.

These players also have a responsibility to their teammates which they are shirking.  Unfortunately, we never talk about the “responsibility” of professional athletes unless they get pulled over for DUI or get caught smoking weed.

The Titans, Jets, and Vikings all have potential, but that potential could go right down the drain with one stubborn player who only cares about himself.  Given these current rumors I can’t put any of these teams in the “conversation” for postseason success.

Chemistry is just too important.

Chris Johnson’s Talk With The Titans Breaking Down? 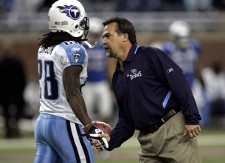 Apparently, Chris Johnson’s talks with the Tennessee Titans are not going well.  Besides the fact that he looked like a clown at the ESPYs on Sunday, Johnson spoke to the media afterward and indicated he had no idea what was going on.

“I’m letting my agent and the team handle that.  Right now we’re at a standstill, and hopefully when camp starts, we’ll have an outcome.”

So, basically Chris, you have no idea what’s going on and you don’t care about your team enough to know all the facts.  Instead of getting ready to play football you decided to show up on national TV dressed like a fool?

I think this tells us a few things about Mr. Johnson:

1.  He could care less about the Titans or his teammates.

2.  He dressed himself for the ESPYs.

If Chris Johnson cared about his teammates he would know precisely what is going on with his contract talks.  Frankly, if I were his teammate I’d be pissed that he wasn’t working harder to get a deal done.  The Titans need Chris Johnson to be successful in 2010.

Simply knowing that he is “hopeful” to have something done by camp would piss me off if I were his teammate.  What exactly are you hopeful for?  Missing training camp?  Getting what you want?

Jeff Fisher seems like the kind of guy who only wants two things:  Show up on time and play hard.  I don’t think Chris Johnson wants to do either of those things right now.

We know that you ran for over 2000 yards last season Chris, but you’re obviously a tool and you don’t even respect your team enough to know what’s going on with said team.  In fact, you kind of sound like a small child who sent a lawyer to negotiate your next sleepover with your parents.

I cannot, in good conscience, proclaim that the Titans will do anything significant this season.  Between a nutjob QB and a clownish Running Back the Titans’ outlook is not good. 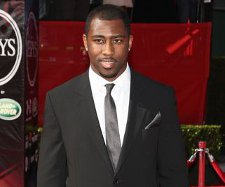 However, Darrelle isn’t very smart.  He used the ESPYs, just like Chris Johnson, to let everyone know that he has no idea what’s going on with his contract.  Once again, I find this to be highly irresponsible.

If you’re as important to your team as Darrelle Revis then you are, likely, a leader on your team.  So, how can a leader of a team of grown men go on national TV and say he’s “clueless”?

“Right now, my agent is doing the talking and I haven’t gotten (any) feedback from him. As of right now, I’m clueless.  He’s talking to those guys. Until he gives me an update on what’s going on for the future, then I (don’t) know.”

When Revis was asked about missing training camp he said, “I don’t know. I don’t know yet. I still have a couple weeks to still think about it — camp starts Aug. 1 — so hopefully we can see eye to eye and get this thing done before camp starts.”
This is just pure laziness.  I’d respect Revis a whole heckuva lot more if he just said, “I don’t feel like going to training camp”.  You don’t see kids in the band trying to get out of band camp–they won’t play that season.  Nor do you see similar behavior in high cchool football players.
Basically, Revis got lazy.  He wants to walk on the field in 2010 and work only off of his potential.  He knows he had a great season and wants to be get paid, but he’s willing to “microwave” a Super Bowl win without putting in the work.
When a franchise’s best player doesn’t feel like putting the work in, but he’ll ham it up on national TV, there’s little hope.  I wanted so badly to pick the Jets to win the Super Bowl.
Darrelle made that impossible.

I feel like I’m the kid in the middle who helps pass notes to a pretty girl.  The question always is, “Do you like me, or like-like me”?  That’s the question the Vikings are asking.

The story on NFL.com says, “Favre: I like Vikes, don’t know if I’ll play”.  It got me thinking–does Brett Favre like anybody?

I think Brett Favre is the NFL equivalent of LeBron James.  He loves money, he loves fame, and he loves attention.  The only difference between James and Favre is Favre has a ring.

Brett likes having the media swirling around him.  Brett loves the attention, but he may be in “LeBron space”.

Brett already has a ring so I believe he’s converted himself into a media whore.  He doesn’t really want to win anymore.  If he did, he wouldn’t choke in big moments.  With all that experience you would think he’d have it figured out by now.

Nope, Brett Favre is the LeBron James of football.  He doo-dooed on Green Bay.  He doo-dooed on the Jets and Eric Mangini.  He essentially crapped on Minnesota by throwing a pick at the wrong time in the NFC Title Game.

But Brett doesn’t care.  He’s got fame, he’s got fortune, and he’s got attention.  The sad thing is that Minnesota–the whole state–is waiting for the note.  Brad Childress will have to bring it to them, and it will say “like” or “like like”.

One day, the Vikings will find out Favre found a prettier girl–and they’ll be in the same position the Cleveland Cavaliers are.  I can’t pick the Vikings to win anything because they have a “fame whore” on their team.