NFL Rumor Mill: How Messed Up Is Vince Young?

NFL Rumor Mill: How Messed Up Is Vince Young?

It seems like so long ago. Vince Young was the star of the 2006 Rose Bowl.  He led his Texas Longhorn team to a BCS National Championship—accounting for 467 yards of total offense.  He rushed for 200 yards alone in that game.

In 2007 he made his first start in October and led a once-floundering Tennessee Titans team to the playoffs.  The very next year he was injured and Kerry Collins was in at Quarterback.  The Titans had a spectacular season without Young and we started to see the signs.

Vince Young may not have been the brightest bulb in the chandelier, but maybe he has something deeper going on upstairs.  Maybe he’s so messed up he can’t help himself.

Vince Starts a Fight in a Strip Club

Yes, Vince Young started a fight in a Dallas-area strip club.  If you watch the video you’ll see that Vince seems to be telling this man to “hook his own horns.”

Though Vince was not arrested, he was cited by the police for a Class C Assault—which equates to a traffic ticket.  However, I think there’s a lot more to this than just a fight.

When you’re still at a strip club at 3:30 a.m., you’ve got issues.  I’m sorry, but this dude could walk into a room and have his pick of any woman he wanted, right?

So, does he really have to pay for a “shoe show?”  Doesn’t this say something about what’s going on in his head?

I think Vince Young is so messed up that he can’t get a woman to come near him—even though he’s filthy rich.  Or he takes them out once and they’re like, “Uh, don’t call me, I’ll call you.”

He’s so scatter-brained that he can’t keep a chick on his arm and he’s drinking all night in a strip club.  Then some joker makes fun of Texas and I feel like I’m watching Spongebob.

“You don’t make fun of Texas!”

This is the most childish and pathetic reason to punch someone I’ve ever heard.  You would think that Vince watches the news and knows that Roger Goodell is probably not in a forgiving mood.  He’s already dealt with Big Ben, and now this.

When players enter the NFL Draft and attend the Indianapolis Combine, they are given a test called the Wonderlic.  It is scored out of 50 points and is supposed to gauge cognitive abilities.  Basically it tells you if a guy can learn the playbook.

Vince Young took the Wonderlic at the 2006 Combine and scored a 6 out of 50 points.  Now, to be fair, Dan Marino only scored a 16, Donovan McNabb scored 14, and Kordell Stewart scored 13.5.   You can check them out if you want, but you get the idea—I’m trying to be nice.

This test doesn’t diagnose mental illness, but let’s face it, it’s not rocket science.  If you can’t handle a simple test like this, something’s not right.

Plus, a new formula has come out suggesting that you can guess IQ through a Wonderlic score.  Using this equation, Vince has an estimated IQ of 72.

A dude with an estimated IQ of 72 isn’t going to realize that the commissioner of the NFL might be a little upset about a strip club fight at 3:30 a.m.

In September 2008 Vince left his home in Nashville without his phone and the story that he was missing and suicidal hit the airwaves almost immediately.  His camp denied these reports, but Vince’s mother told the media her “baby was hurting.”

Rumors immediately began to swirl about Vince being depressed or mentally unstable.  All reports indicated that Vince’s therapist told Titans Head Coach Jeff Fisher that Vince had mentioned suicide—and left the house with a gun.

We’ll never know if Vince kept a gun in his car for protection—which alone is a stupid idea—or if he was really contemplating suicide.  However, we do know that Vince is not a very good decision-maker.

He has to know that he’s a high-profile athlete whose every move is scrutinized and picked apart with a fine-tooth comb.  Still, he left his house with a gun and mentioned suicide to his therapist?

Vince Young may be mental—he may not—but he obviously isn’t very smart.  He had just been booed mercilessly by the Titans fans and took it all very badly.

He managed to create the perception that allows me to write this column—Vince Young is screwed up in the head.   He did that all by himself, but that doesn’t make him crazy—it makes him stupid. 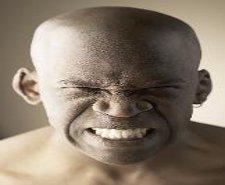 You know, I can’t believe that Vince’s Wonderlic score gets brought up all the time, but when he went missing, no one mentioned it at all. His Wonderlic score became a stat on a chart for a TV broadcast.

Why didn’t anybody mention his score and bring up the fact that someone of “low intelligence” might also be emotionally immature?

Here’s what I think happened. I know, I’m starting my own rumor, but hear me out. Vince left his home in Nashville in September 2008 to blow off steam.

I bet he was going to fire off some rounds at a beer can.  I bet he didn’t have any other way to deal with the fact that he was sucking and the fans in Tennessee were booing him.   He’s not very smart—what did you expect from him?

Did anybody really think he was going to “work through his anger?”   So, when a dude in a strip club blasphemes the state of Texas, what do you expect from Vince Young?

He’s going to get physical.

I kind of feel sorry for Vince Young.  He’s an incredibly gifted athlete who is not mentally equipped to handle the rigors of playing in the NFL or being a public figure.

He went to a strip club and stayed until 3:30 a.m. because he probably can’t hold a conversation with a woman.  If anything he’s angry, very angry.

Wouldn’t you be angry if you had millions of dollars and had no idea what to do with them?  Or if you had everyone in America thinking you were a mental case?

Look at who they replaced him with in Tennessee—Kerry Collins.   At the time Collins was 36 and seemingly over-the-hill. Then he led the Titans to a 13-3 record.

Now Vince Young used to be the stud who won the 2006 Rose Bowl basically all by himself.  He used to be the guy who brought glory back to ‘ole Texas.

Now he’s the guy who hangs out in the strip club until 3:30 a.m. even though has enough money to build his own strip club at home.  He’s just pathetic right now, and Roger Goodell won’t care when he hands down his punishment.

If that doesn’t stir up hate and anger, I don’t know what will.