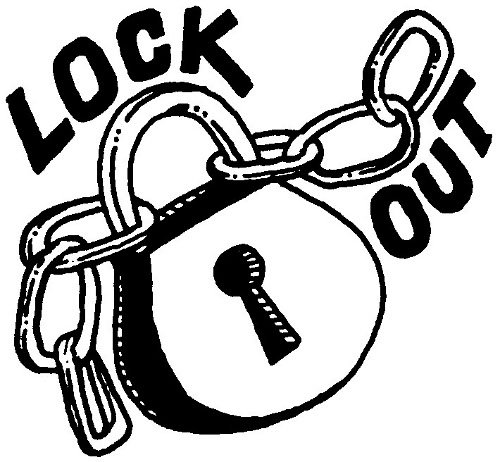 The 2010 NFL season kicked-off Thursday with the Minnesota Vikings against the New Orleans Saints in a rematch of the NFC Championship game from a year ago.

There is no question that football is the most popular sport in America – the 2010 Harris Poll had 35% of sports fans saying it was their favorite sport, more than double the amount over baseball fans at 16%.

Those numbers leave me perplexed as to why the NFL and NFLPA are forecasting a lockout for the 2011 NFL season.  Why risk a loss to any of the popularity that football has gained?

NFLPA executive director DeMaurice Smith told the Bloomberg News, “I still feel that a lockout is coming in March.”

NFL commissioner Roger Goodell sounds slightly more optimistic about reaching an agreement with the players association when he made these comments on Mike and Mike in the Morning:

“We have a lot of work to get done. There’s still sufficient time to do that. But there’s really a window here. This deal is going to be easier to make between now and, let’s say, March.”

Goodell went on to say why getting a deal done is so crucial for a potential season next year.

“Once we get to March it just becomes more complicated and more difficult, so we really need to work hard in the next several months to try to get something that works for the players, works for the owners and works for the game.”

To me this seems to be all about money for the owners and more of a physical and mental beating for the players. The owners want more money and the best way to do that is to increase the length of the regular season.  By doing this the TV contracts become bigger, they get more ticket sales, and a chance to milk us for more $12 Bud Lights.

I haven’t heard much of a movement from knowledgeable football fans to increase the season, only to reduce the number of preseason games in attempt to keep the players fresher for the regular season.

Of course we would love and watch the extra two games, but intelligent football fans are aware of the increased risks to our teams and favorite players.  Not to mention every year during week 17 (and sometimes as early as week 16), we watch meaningless games where teams rest their players for the post-season.

If they increased the schedule this would give some teams three possible games in which they would be playing trying to avoid injury for what really matters, a chance at the Lombardi Trophy.

Yes, players would welcome the additional games if the financial compensation was large enough, but I think we’ve seen what happens to some players when money is their motivation – poor play after financial security. 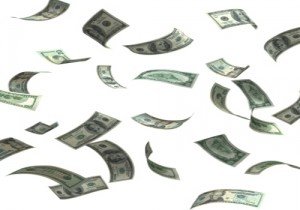 Like I said previously, “owners want more money”.  In the current collective bargaining agreement they split the money in a 40/60 share – players receiving the larger.

The owners received $1 billion last season from the NFL revenue sharing.  They would like to increase that twofold for  $2 billion a season.

I have never had a job where anyone was willing to increase my earning by 100%.  According to my calculations, each owner made a little over $31 million last season just from revenue sharing.

The owners claim the cost of stadium maintenance and construction has gone up causing a need for additional earnings. If the owner’s stance doesn’t change I will completely understand why they don’t go back to work next fall.

The use of performance enhancing drugs is viewed as a problem in sports – personally if the player is fine with using something, so am I.

If the NFL wants to be as credible as sports like Major League Baseball, they will enforce stricter drug testing policies like baseball does, who just approved blood testing in their minor league program.

If this is the reason I won’t be getting my weekly fix of the NFL next season, I would be more shocked than Paris Hilton was when that bag of cocaine fell out of her purse. Nonetheless, this is a topic that needs to be figured out. 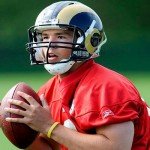 This is the first season without a salary cap in many years, but when they reach a new CBA there will be a salary cap.

The veteran players have been unhappy with the amount of money the top rookies have been making just after being drafted.  Case in point: without even playing a down in the NFL, Sam Bradford was guaranteed $50 million.

There are no reasons for these outrageous salaries for players who haven’t proven anything at the elite level of football.  This is money that teams could be investing in veterans who deserve it and keeping the players who have produced for them happy, possibly avoiding the yearly holdouts we’ve become accustomed to.

I’m all for guys getting paid when they get to the NFL, but when Bradford makes twice what Tom Brady makes, I have a problem.

I don’t think the NFL and NFLPA will risk the possibility of losing millions of dollars on both sides.  If the players stood firm and the owners tried to replace them with scrubs, people would stop watching. Also, who’s to say someone with money wouldn’t recognize the cash cow of all these recognizable players and personalities we’ve fallen in love with and start another league?

Some fans are loyal to their teams, but if your team was filled with guys you knew little to nothing about, I guarantee you would find a team in the new NFL because the product would be better. It’s the basic rule of quality of content.