The 18-Game Season Can Be Good

The 18-Game Season Can Be Good 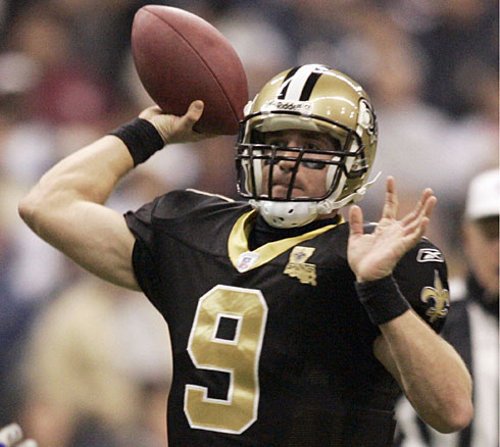 With the NFL owners’ meeting concluding in Atlanta the topic of an 18-game schedule has reared its ugly head again.  The owners are in favor, but “Commissioner Kick-Ass,” Roger Goodell, wants player input.

I know the players want to get paid, and I know that they want to shorten the preseason.  This is a win-win for everybody if the players and owners will stop bickering.

Besides the fact that the teams are making a killing on preseason games I see no reason to keep having four of them. And now I hear the detractors calling for my head because I “don’t know football.”

I don’t have to “know football” or have played football to know that this is good for the game.  Complaining about the “integrity of the game” makes football players sound silly.  The game already has integrity — the schedule just makes it more or less “fun” based on your point of view.

Listen, these guys get paid to work out – they do!  You’re on a site devoted to working out.  Isn’t it obvious that we are going to get some incredible athletic performances out of this?  That equals more fun, doesn’t it?

The players get to work out more, they’ll get to earn a little more cash, and they get to have more “face time.” More records are going to fall and we’re going to get great football.

Training camp gets easier because the veterans won’t spend three weeks of the preseason sitting around doing nothing.  All that time spent doing “nothing” can be spent working out getting ready for the two extra games.

The rookies have to get themselves in gear faster, which will show who has the nerve and who doesn’t.

I know it sounds like an oxymoron, but it’s true.  Cutting two preseason games cuts the “down time” and will keep players motivated.  Imagine how bored you’d get as a veteran sitting on your ass for three weeks while the team evaluates everyone else.

It’s a win-win whether you want to admit it or not. 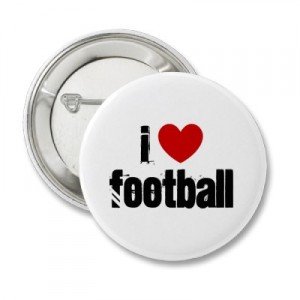 Think about how hard he’s been on the players.  He’s been very demanding when it comes to the player conduct policy. Plus, he rules the league with an “iron fist.”

Why would he want to get their input now? Because he’s spent the last couple years restoring order to the league.  Right now most of the players probably respect him because he’s tough – not in spite of it.

He can say to the players, “I was hard on you because I care.  Now I’m showing how much I care” by asking for their input.  He can use his “kick ass methods” to endear himself to the players. It’s pure genius.  I can’t deny it.

Frankly, I think it’s the smartest move ever by a major sports commissioner.  Use the one attribute that almost everyone has a problem with to your advantage.  When Goodell gets the players to do what he wants out of respect he wins. Game over.

When the players work out a deal with the league on a new CBA without a lockout Commissioner Kick-Ass gets full credit.  No one can take that away from him, and that’s his legacy. Goodell has everyone right where he wants them – in the palm of his hand.

These Guys Get Paid to Work Out 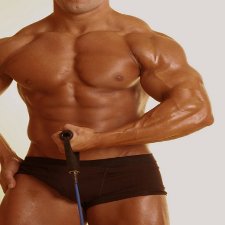 I’ll never forget meeting Garrison Hearst in 2001.  I was working retail and he came into the department store where I worked.

His legs were like tree trunks, his biceps were bigger than my head, and his chest was so large I thought his pecs were going to knock me over.  It was ridiculous.

After he left, all the guys in the store were like, “Dude, he’s huge!” and we determined one thing: First and foremost, football players get paid to work out.

Think about what football players can do with a lengthened season and shortened training camp/preseason.  They can spend more time working out at home.  Training camp won’t be as stressful.

The current formula is:  Get to camp, get beat in the head, sit around for four weeks of the preseason, then start the season rusty.  This gives us about three weeks of uninspired football while the veterans bang off the rust of training camp.

Taking out two preseason games gives guys like Peyton Manning, Drew Brees, Chris Johnson, and Andre Johnson no room for error.  They have to come out of the gate strong or perish.

Even the hardest workers, like Peyton Manning, get bored.  No more boring weeks knowing you aren’t going to play and the most action you’ll get is in a passing drill.

The NFL is about work ethic first, but they shred their own ideals when teams get to spend three weeks “evaluating” players.  It only introduces “rust” to the starters.  Take out the preseason games, take out what’s stressful or causes boredom, and eliminate the rust. Who can complain with that?

The Players Have No Leverage and They Never Will 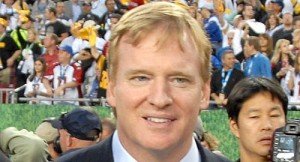 Let’s face it, the players have no leverage.  They care too much.  Compare the amount of passion required to play football for a full season to baseball and basketball.

I’m not saying that guys don’t care.  Joey Votto, Josh Hamilton, Kobe Bryant, Derrick Rose, and even A-Rod care.  They do.  But you can’t care too much until the playoffs in baseball and basketball.

In football have to care from day one or you’re dead meat.  It’s that simple.  The players have a ton of passion. Too much passion.

Because they love the game so much they will be willing to do just about anything to keep playing.  They posture in the media, but they really just want to play.

At the end of the day, “passion for the game” will win over every other emotion they have about money or respect.  The baseball players and basketball players could use a couple months off and just jump to the playoffs.

“Football people” can’t do that.  In the end their passion will do them in, but we’ll get two more regular season games.

Imagine John Randle.  Now multiply by 100.  That’s John Randle minus the “rust” of sitting around for three weeks during the preseason.  Imagine how scary that guy will be.

Combining the players’ passion with not “sitting around” during training camp, and you get more intense football.  Meaner, scarier guys setting records left and right.  That’s the “non-rusty” football we can look forward to.

You can take that to the bank.