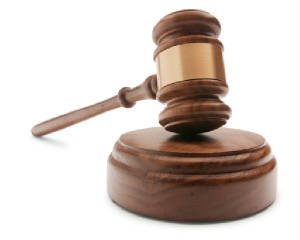 “Never let a fight go to the judges” is a common stigma amongst fighters. The boxing scoring system has been a part of MMA ever since mixed martial arts adapted its modern rules in 1999 when the International Sport Combat Federation became the first sanctioning body. While the sport needed regulation, they certainly could have used a better system to decide decision victories. As evidenced by the controversial judging decisions in two of the last three UFC main events, this has been a problem.

A scoring system wasn’t always necessary. Back in the old days, nearly every fight was finished with a knockout or submission and they never needed to worry about judges. But as the sport evolved and the fighters became more evenly matched, fights started reaching their time limit. This would conclude the fights in an unappealing draw.

So yes, MMA does need a scoring system, but I’m going to explain why the current system simply does not work.

MMA is too complex for a boxing scoring system: The 10-9 round system works great for boxing. Basically, if you are more aggressive and land more punches, you win the round 10-9. MMA is not all about landing punches. Hell, some fighters can win a fight and hardly land a strike. Mixed martial arts is about a combination of grappling, striking, submissions and defense. There are so many examples of a fighter winning one part of the fight (striking) but losing in the wrestling department. How can you properly score a fight like that? Also, there are several times where the first two rounds are very even, but the third is clearly won by a fighter (like Griffin/Ortiz 2). If a judge gave the first two rounds to Ortiz barely, does Griffin’s blowout of the third round give him any brownie points or has he lost the fight regardless?

Athletic commissions do not properly train judges: Time and time again I’ve seen judges focus entirely on one aspect of a fight and completely ignore others. In the Shogun/Machida fight, judge Cecil Peoples said that he did not give Shogun as much credit for his leg kicks as for Machida’s punches because “leg kicks do not cause as much damage”. That is a load of crap. I’ve seen at least 10 fights ended by devastating leg kicks (most recently Houston Alexander/Sherman Pendergarst or Brandon Vera/ Mike Patt).

The current judging criteria is too vague: Current UFC judging criteria are that a round is judged mainly by – Effective striking, grappling, aggression and octagon control. What those rules don’t imply is what is more important. Say Fighter A is going for a takedown, and the defending Fighter B uses a sprawl position and defends it very well. Which fighter gets points for that? Fighter A was showing aggression, but Fighter B was showing effective grappling. What is more important, a submission attempt, or a submission escape? What about a clean punch, or a leg kick? If a fighter is constantly moving forward showing aggression, but gets counter punched repeatedly, who gets more points? Say a fighter gets a takedown but is completely stymied by the bottom fighter’s excellent ground defense which forces the referee to stand them up. Who gets the moral victory in the eyes of the judges? The rules simply aren’t clear enough.

Octagon control might be the most frustrating aspect of the judging criteria. It allows fighters to win incredibly boring decisions without having to provide much of an offense. Randy Couture won his decision over Brandon Vera because of octagon control. Despite being hurt badly in the second round, the judges gave the fight to Couture because he used the clinch to gain octagon control. It didn’t matter that Randy didn’t do anything in the clinch, and had to be repeatedly separated from Vera by the referee for stalling. In the eyes of the judges, he had displayed dominance in that facet of the fight.

Some have offered alternatives to the current form of judging. One of the most popular judging formats was the old Pride system. Judges would not score a fight round by round, but instead the fight in its entirety. If a fight went to a decision, each judge would decide who won only after seeing the entire fight. Thus, a few new factors could be implemented, most importantly, damage. Current MMA judges can’t factor damage into the equation because they’ve already locked their round score at the end of the round. Most bumps, bruises, cuts and swelling don’t happen instantaneously, but by the end of the fight, you can clearly see them. Lyota Machida looked the worse for wear after his fight with Shogun Rua, but by then most judges had already given him the first three rounds.

Another alternative would be to implement a half point system. Instead of simply scoring fights 10-9, or in case of a very one sided round 10-8, fights could be scored from 10-8, 10-8.5, 10-9 or 10-9.5. If this were to take place, and extremely close round would not be the deciding factor in a fight. A judge could score it 10-9.5 and then not worry about it, and if later a round was more decisive, a 10-9 score would be more important. I’ll be honest, I really like this method. With this approach in place, Shogun Rua would have certainly won his fight with Machida, winning the last two rounds clearly 10-9 with the first three rounds being more evenly matched especially the first two with a 10-9.5 score.

UFC president Dana White has been one of many who has called for change in the way fights are judged. Hopefully he can get the ball rolling on a complete scoring overhaul. Mixed martial arts is too great of a sport to see main event fighters (or any for that matter) lose a decision the most certainly should have won. Will we see it in our lifetime? Who knows, but I dream of the day where fighters and fans will no longer fear the judges’ decision.