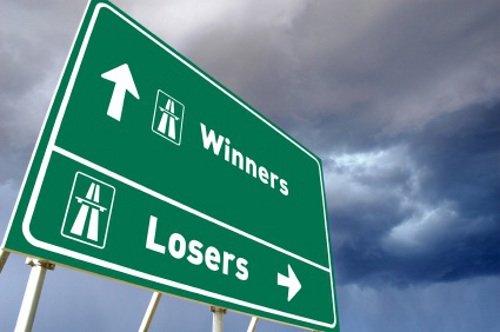 The trade deadline came to a close this past weekend and things were moving faster than Shakira’s famous hips. The importance of the has proven its value in recent years. Due to the deadline, the consistent choking in Alex Rodriguez’s chase for his 600th home run was put on the back burner.

C.C. Sabathia pitched the Milwaukee Brewers into the playoffs in 2008. That same year, the Boston Red Sox traded away Manny Ramirez to the Los Angeles Dodgers where he put together one of the best 50 game stretches ever and propelled the Dodgers to the NLCS (National League Championship Series). Last season Cliff Lee was traded to the Philadelphia Phillies and was a big reason they made it all the way to the World Series.

The New York Yankees normally load up during the off-season, but leading into this one they had a particularly quiet 2009-2010 (Curtis Granderson & Nick Johnson) compared to 2008-2009 (Teixeira, Sabathia, & Burnett). Did they make the right moves this year?

Many teams with playoff hopes made moves — the San Francisco Giants, Texas Rangers, Tampa Bay Rays, San Diego Padres and more. Did they come out winners or losers? 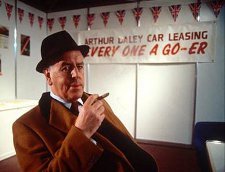 The Rangers somehow made the best acquisitions of all while being in chapter 11 bankruptcy. They got Lee, who since joining the team is 1 and 2 with losses to the O’s and Angels.

Talks went on all season about the Rangers interest in Mike Lowell from the Red Sox, but it never happened. They did one better by getting Jorge Cantu, who plays both corners well and can hit. The problem is, they need more hitters like a fat kid needs cake.

The Padres did something I have been calling for over the last month by buying two bats for their line-up. They acquired Ryan Ludwick from the St. Louis Cardinals and Miguel Tejada from the “Bad News” Baltimore Orioles.

You know how a fish needs water and a hooker needs a pimp; the Padres need some dangerous bats the same way. Ludwick adds power behind their best hitter, Adrian Gonzalez. Tejada has struggled this season, but that is understandable when you’re caught in the career-suffocating organization of the Orioles. Tejada will prove to be a valuable veteran bat if they make the playoffs.

The New York Yankees gained two players that I love as contributors as well as  one that baffles me. Lance “Fat Elvis” Berkman is the perfect guy to play DH, which was the Yankees’ original plan for Johnson. If Berkman also allows them to give Teixeira a day of rest, he will hit well in Yankee Stadium.

Austin Kearns is nice player with a little pop in his bat, which will platoon nicely in the outfield. Yankee fans can testify to the number of non-superstar players that have hit crucial playoff home runs, including Aaron “Bleepin” Boone.

The Yankees also obtained the services of Kerry Wood. Wood reminds me of an older version of Joba Chamberlain — both can be lights out, but have a history of imploding in big situations. This, to me, doesn’t make him an ideal player for New York.

The Phillies front office seems to be suffering from delusion. They traded Lee during the off-season to get Roy Halladay and then realized that you need two aces to compete. Subsequently, they had to acquire Roy Oswalt.

Oswalt is nice pitcher, but he isn’t Lee. This trade may not even matter if the Phillies keep dropping games like fat people in a marathon — Ryan Howard twisted his ankle on Sunday and left on crutches.

The ugly front office divorce going on in Los Angeles between the McCourts had many people feeling that the Dodgers wouldn’t make any moves. Dodger fans on the radio were critical because they didn’t get in on the bidding for Dan Haren, Oswalt or Lee – or, at least not seriously.

However, at crunch time they got some stuff done and it actually turned out nicely for them. They did get a solid position player who gets on base in Ryan Theriot. They also got a very good lefty in Ted Lilly from the Chicago Cubs. Lilly is not an ace, but he will keep them in games if the Dodgers’ bats ever wake up. This is just a rental though, as Lilly has already said that he wants to go back to Chicago.

The bullpen, and most importantly, Jonathan Broxton have had some issues, so they acquired Octavio Dotel to help with late inning relief. I believe he could be the closer by season’s end, and it might be necessary if they want a shot at the playoffs.

They also picked up Scott Podsednik, which could make Ramirez vulnerable to the waiver wire.

The Cardinals’ strength is definitely their pitching with Chris Carpenter, Adam Wainwright, and Jaime Garcia. They just got a little better by adding a solid fourth starter in Jake Westbrook.

Pitching Coach Dave Duncan can make the average pitcher an above average pitcher. Think of it like Hollywood, they can take a cute girl and turn her into a Playboy centerfold. 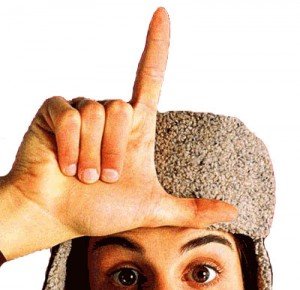 As I predicted, the White Sox fell off of the pace they were playing at before the break. They needed pitching after the loss of Jake Peavy and they were heavily engaged in talks to get slugger Adam Dunn. It fell through when everyone thought that it was a done deal.

They did get Edwin Jackson who is ok, but not the kind of player you make a playoff run around. There is still a possibility that they could claim a slugger like Ramirez or Dunn through waivers.

The Giants have an amazing pitching staff, but like the Padres, they needed to add bats to the line-up.  Aubrey Huff, who I have made fun of in the past, has been raking at the plate, but he isn’t going to carry them to a playoff birth, let alone a World Series.

I know that they want to distance themselves from players on steroids, but the Giants’ front office has to know that not every player who hits with power is on the juice.

The Rays are in the thick of AL East chase and they didn’t make any moves. I do feel that the Rays and Yankees are the two best top-to-bottom teams. Carl Crawford will be a key contributor if the Rays make another run to the World Series.; however he becomes a free-agent this off-season and will probably end up with the Yankees or the Angels.

I’m not saying they had to trade him, but I thought I would hear some ideas about what they could get for the future since they’re going to lose him without the guarantee of a World Series. Then they could have gotten another guy with speed like Podsednik and maybe brought in a power bat like Dunn.

What made them losers to me is the acquisition of bullpen man Chad Qualls. This guy handles pressure like a cheap tissue — if you blow too hard you’ll put holes in it and have a mess all over your hands.

The fact that Qualls may come in with the game on the line is scary and actually makes the Rays slightly worse than before. The Qualls trade was one of the least talked about trades, but when all is said and done, it could have the greatest effect on a team going to the World Series.

The Twins are a team that had their pitching struggles before the break and many people thought they needed to add a pitcher. Somehow they let a deal for Lee slip through the cracks.

They got Matt Capps for added bullpen security, but the last time I checked baseball is a nine inning game and they’re still shaky as far as the first seven or eight innings.

Come back next week as I take the mound in week 18 of Sluggers of Slugs!