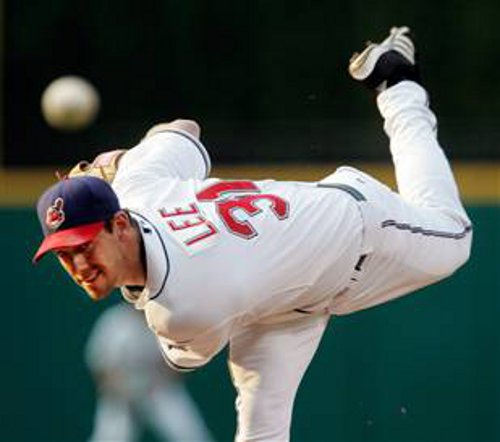 The first half of the Major League Baseball season came to a close with a with blockbuster move as we head in the All-Star break. Cliff Lee went to the first place Texas Rangers. I think that I can safely say, with the exception the New York Yankee fans, we are all happy that he didn’t go to New York.

Even though the Colorado Rockies are missing their stud shortstop, Troy Tulowitzki, they have crept within 1.5 games of the San Diego Padres in the NL West.

Just as I predicted two weeks ago in a “Sluggers and Slugs” article, the Boston Red Sox have been plagued by the injury bug and have fallen 4.5 games behind the Yanks. The other contender from the AL East, the Tampa Bay Rays, have caught fire again winning 8 of 10.

The Minnesota Twins have been struggling coming into the All-Star break with most of the poor performance falling on their horrendous starting pitching. In fact starting pitcher, Nick Blackburn, has been so bad that he may be asked to pitch to the hitters in the Home Run Derby.

The Rangers have been stumbling of late, but since the rest of the division sucks more than a vacuum cleaner, they still lead by 4.5 games. 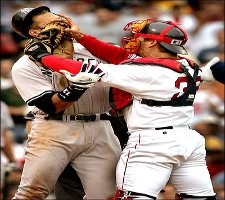 After a couple of weeks of down baseball from the Rays, they have re-emerged as a team that will be around for the long hall. The Rays have a great line-up, complemented by solid pitching and one of the most consistent closers in baseball. They should contend for the wildcard.

The Red Sox roster is in rough shape with nine players on the DL. Josh Beckett is finally making some rehab starts and would provide a much-needed lift to the team if he could return healthy. If Dustin Pedroia and Victor Martinez return relatively soon, the Red Sox will also contend.

The big question for the Yankees is—can Mariano Rivera stay healthy?  The Red Sox are so banged up and bloodied that I’m not sure they can get back enough players in time to make a run at the playoffs.

In this division it seems that not one of the pitching staffs want to rise to the top. The Twins staff started the season on fire, but lately couldn’t get outs on a keg league team. They have a lot of big bats in the lineup, but often those that live by the bat also die by the bat.

The Chicago White Sox just lost Jake Peavy for the remainder of the season. This is another team that has great ability to hit the long ball, but sometimes struggles to string together solid outings. They have been playing great over the last two months, but will ultimately be let down due to pitching in the second half.

The Detroit Tigers have little pitching depth and recently lost reliever Joel Zumaya.  Their offense hits for average, but less than average power. When your second best hitter is a rookie, Brennan Boesch, you’re going to tail off eventually. The Tigers will unfortunately fall to third place by seasons end unless they make a move for a pitcher.

This division will ultimately come down to the Twins and White Sox—the team that pitches better will win the division no matter how many homeruns the White Sox hit. They face each other 13 more times, including a 4 game set in Minnesota right after the break. I believe the Twins will come out on top of this division.

This is a two-horse race since the other two teams in this division don’t have a chance – the Oakland Athletics and Seattle Mariners.

The Los Angeles Angels lost their best hitter in Kendry Morales and surprisingly lead the Philadelphia Phillies by 4.5. Before the season started I was under the impression that with the acquisition of Roy Halladay, the Phillies would win the East.

I also said that the Braves would have a solid season based on pitching and trying to send off manager Bobby Cox on good note.

I have no faith in the Mets—unless you would consider faith in them choking as a sign of faith. The Mets have been pitching well over the last couple of months, but not with guys who have long track records of continuing. David Wright has played like an MVP candidate, but the rest of the offense has been little better than average.

The Phillies are still my favorite to win this division and will do so by acquiring a pitcher before the deadline. The Phillies pitching outside of Halladay has been less than good this season. The return of Chase Utley to the line-up will help drive the charge in the second half.

The Braves will pull out the wildcard based around solid pitching – including the retirement tour of Billy Wagner nailing down 9th innings. 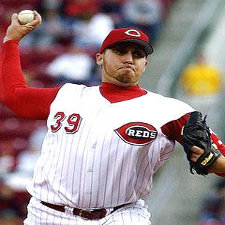 Before the season started I had the Reds contending for the wildcard. At times this season it has looked like they could win the division.

I still believe that this division is the St. Louis Cardinals‘ division to lose. The Cards have Albert Pujols, who will have a monster second half and tremendous starting pitching.

What the Reds are doing this season is a sign of great things to come for the organization, but they have a huge hole in their team in the inconsistency of closer Francisco Cordero. It will hit them in important spots during the second half.

The Cards are 7 – 5 versus the Reds this season and have 6 more games against them.

What the Padres have done this season is remarkable, but will it stay true to the end of the season. They need to go get a bat in the line-up to help and protect Adrian Gonzalez.  The pitching staff is ranked number one in the league with bunch of guys we’ve never heard of before. I doubt they will continue this torrid pace.

The Colorado Rockies have come on strong over the last six weeks and did so without Tulowitzki—very impressive. Ubaldo Jimenez has been a candidate for MVP and Cy Young—no doubt in my mind. The problem is they don’t have the pitching or the talent in the everyday line-up to keep this rolling through to the playoffs.

The Los Angeles Dodgers are one of the most frustrating teams in baseball. How can you have all that young talent, a manager like Joe Torre, and play in one of the largest markets in sports and not be able to afford to make any moves?

The Dodgers are currently without Manny Ramirez, which drastically hurts the line-up.  I believe they will trade for another starting pitcher that will help them get over the hump in the West to make the playoffs. The Dodgers dominate when playing the other teams in the West.