Playboy first discovered LaTasha at an open model casting in Las Vegas back in 2000. Her striking resemblance to Anna Nicole grabbed their attention. Quickly, La Tasha made three covers, numerous pictorials and was crowned the Special Edition Model of the Year 2004. To keep in shape, LaTasha began Muay Thai kickboxing. Later she decided to make a career of it and began competing. Today, La Tasha is working her way up the ranks of MMA under the management of Kim Couture. She hopes some day to make it into the UFC, if they ever decide to allow women in the octagon. Here are some more stunning pics of this beautiful fighter girl. 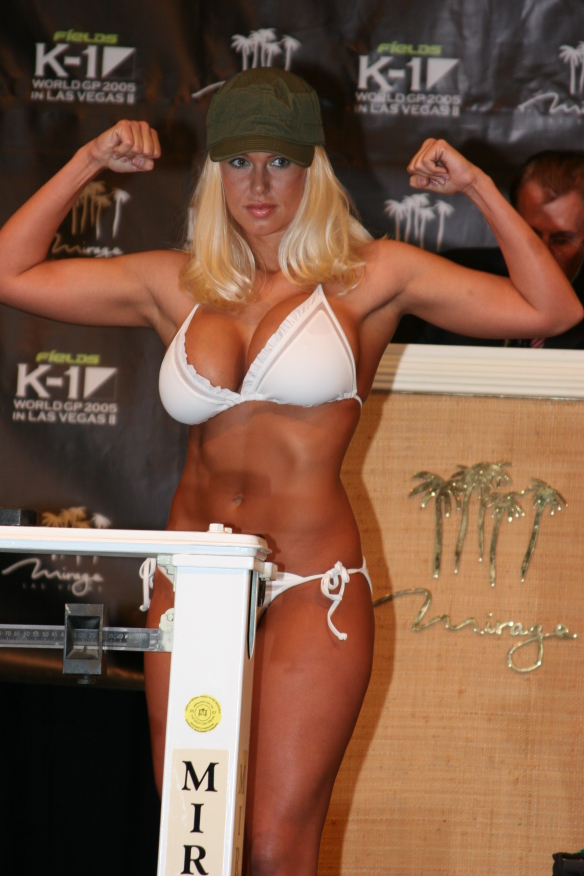