Anja Langer, Vice “Miss Olympia” -1988, was born June 3, 1965 in Stuttgart (southern Germany) and grew up in the neighboring town, nestled next to a forest. Perhaps it is the fact that Anja spent her childhood “in the open air,” explains her extraordinary love for nature. At an early age the future bodybuilders realized that her talents lay in the field of sport. The first passion was the gym.

At 8 years old Anja became a member of the Association of gymnasts and successfully participated in several competitions. At the same time she has entered into a riding club, which was quite natural, as the farm parents of Anja had 2 horses. 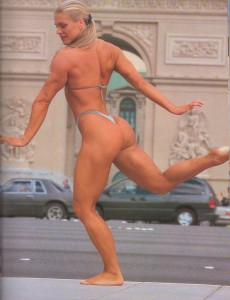 However, the girl was drawn to the diversity, so at her teenage years she had tried many sports – driving in 14 years, jazz dancing at 15. Jazz particularly interested Anja – she liked music, movement, expression and the ability to speak in public. It is in the period of fascination with jazz, she met her first love, and along with the person who introduced her to bodybuilding. Armin and Anja are friends so far and, according to Anja, she is grateful to him for “the initiation of basic knowledge” for training.

In the same in 1980 (15 years old) Anja started to train with weights. She was the only girl in the gym, but she did not care. Step by step, Anja developed her body. The first six months she trained twice a week, then raised the number of workouts to 3, then – 4 and so on. The first competition in which the athlete participated, took place in Baden Vutenberge in 1981. She took the last place, but defeat not only disappointed her, but rather spurred the enthusiasm and ambition of Anja. She began to train even harder. A year later, she won the second place.

But bodybuilding remained for Langer just a hobby, that was largely a credit to her parents. She would not mind to try his hand in a major championship, but because of the clearly negative attitude of her family towards bodybuilding, forced to train in secret. Although, according to her, it just spurred her interest in the sport. Soon, the parents realized that bodybuilding became Anja’s kind of life that the optimistic outlook and perception of reality she owes much to the sport.

After finishing training, Anja decided to turn his hobby into a profession. But 1987 turned out to be very difficult for the girl – her father died. Still, she managed to take 2nd place in the Professional World Championship IFBB Toronto and 4th in the competition “Miss Olympia”. And already in 1988, Anja improved result, becoming Vice “Miss Olympia 1988“ in New York.

Then Anja decided to leave the competition year – its aim was to take the championship at the “Miss Olympia“ -1990, so she decided to go all out in training. However, fate had its own way, and she began to prepare for the least exciting event – motherhood. In 1991, Anja gave birth to a son – Elijah.

In the same 1991 Anja began writing a book about bodybuilding together with Bill Reynolds. A year later, the book was finished and published in the United States under the name “Body Flex & Body Magic”.

In ’93 and ’94 athlete participated in theatrical productions in Stuttgart. Since performances involves a combination of movement and dance, they attended a sufficient number of athletes.

In 2000, Anja appeared on the cover of the magazine Natural Muscle. According to her, bodybuilding developed it not only physical strength, but moral. Anja believes that this combination creates a harmonious person. 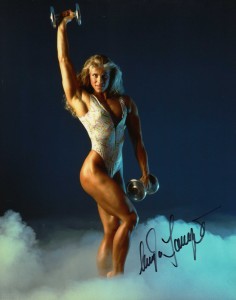 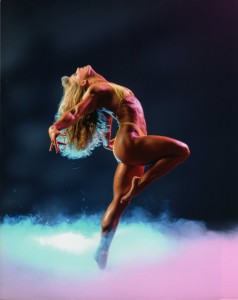 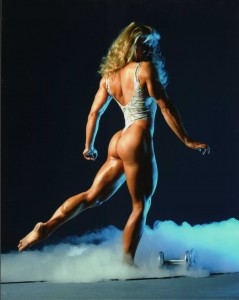 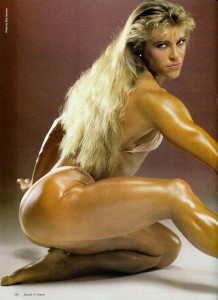 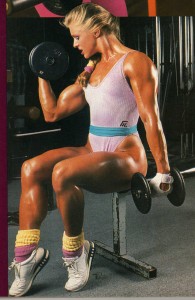 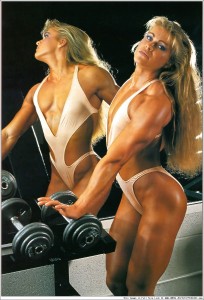