Week 19 Sluggers and Slugs: Coach of the Year Ballot

Week 19 Sluggers and Slugs: Coach of the Year Ballot 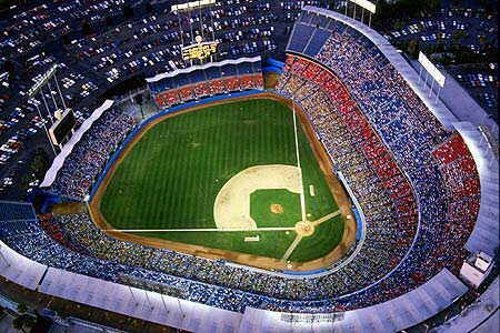 This week, Sluggers and Slugs will cover the past week’s highlights (or low-lights if you’re a Los Angeles Dodgers fan).  We will also look at some of this week’s important match-ups, say goodbye to another team, and pick candidates for the most underrated award in baseball – Coach of the Year. 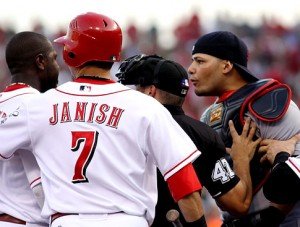 The week started off with the NL Central division leaders squaring off and Brandon Phillips giving us all some bulletin board material – calling the St. Louis Cardinals “little bitches.”  These comments fueled a bench-clearing brawl between the Cards and Cincinnati Reds.  Pitcher Johnny Cueto was suspended, and Tony LaRussa and Dusty Baker almost came to blows. I would love to have seen Dusty jab Tony in the eye with his toothpick.

Last week I predicted that the Cards would get the best of the series, and they did with a sweep. I also said they would take over the division lead, which they failed to do by week’s end.  The Cards went to Chicago to play the woeful Cubs and got bat slapped by Derek Lee who had four home runs in the series.

The New York Mets have not only fallen to one game under .500, but have also fallen to personal lows.  Overpaid closer, Francisco Rodriguez, lost his cool and went MMA on his father in-law in the parking lot.  Rodriguez’s father-in-law was taken to the hospital in an ambulance and Rodriguez was given a two-game suspension.

Jonathan Broxton continued to prove that the best thing about him is his sideburns.  The Dodgers had a chance to make a statement on the road trip east, playing the Philadelphia Phillies and Atlanta Braves. The statement was more of question, “there are nine innings in these games?”  We will get to more on the Dodgers in a bit.

The Minnesota Twins improved their lead in the AL Central by 3 games over the Chicago White Sox.  The current White Sox meltdown should give us a few additional outbursts from manager Ozzie Guillen.  The Twins fans, on the other hand, were unhappy that pitcher Kevin Slowey was removed after 7 during a no-hitter.  Slowey just missed a start due to elbow soreness and had thrown 106 pitches. Twins fans, get some perspective.

The AL East remains a great race with only one game separating the New York Yankees and Tampa Bay Rays for first place.  The Boston Red Sox and their unkempt facial hair are lurking in the shadows. 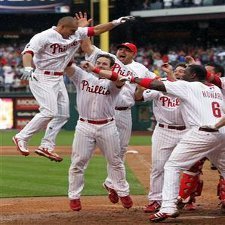 San Francisco @ Philadelphia – This is a very important series for both squads in the divisional race, and either team could come out with the wild card lead.  I like the Phillies to take two of three and have the wild card lead by week’s end.

Texas @ Tampa – After Texas had a memorable two-game series against the Yankees, they now have to play the AL East’s annoying little brother.  This could be a first round playoff match-up, ultimately winning the right to battle the Yankees for a chance to play in the World Series.

Chicago White Sox @ Minnesota – If the White Sox don’t figure out how to get at least two of these three, all of Chicago can start preparing themselves for plenty of Jay Cutler interceptions this NFL season.

Colorado @ LA Dodgers – The chance of the Dodgers making the playoffs this season is like the chance Lindsay Lohan will stay away from drugs, alcohol, and jail.  This series is important to the Rockies if they want a chance at the division and possibly a wild card spot.

San Francisco @ St. Louis – This series has heavy wild card implications since both teams trail their division leaders and can’t seem to string together two great weeks.  If you’re a fan of pitching you should tune in; I’m not such a big fan of two guys playing catch for three plus hours.  I dig the long ball; even more I dig chicks that dig the long ball.

Cincinnati @ LA Dodgers – I believe that the Reds will come to Los Angeles and finish the week strong trying to put some distance between themselves and Cards.  The Cards have the tougher of the two match-ups. The Giants may not hit much, but the Dodgers don’t hit or pitch. 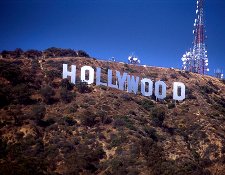 Last week Sluggers and Slugs said goodbye to the playoff chances of the Los Angeles Angels.  This week we are saying peace out to the chances of playoff baseball in Los Angeles all together.

The Dodgers started off last week winning a shootout with the Phillies, followed that up with an offensively challenged 2-0 loss, and closed with an overweight Broxton melting down in the ninth.

The Dodgers then showed their inconsistency at the plate by getting blanked by the Braves.  When you fail to score any runs in two of three games, you’re not a playoff team.

The Dodgers and their fans have made excuses all season about how they haven’t been able to compete with other teams because they couldn’t make trades.  That is bologna; they arguably got the guy who has been pitching the best of all the deadline-traded pitchers, Ted Lilly.

I know Manny Ramirez hasn’t been healthy this season, but he also wasn’t the same when he was in the lineup because he’s not the same player without the juice.  Manager Joe Torre isn’t a miracle worker and can’t swing the bat anymore.

The Dodgers are officially dead in the playoff race and although they may make a late season push, when they fail to make the playoffs they have no one to blame except their bats and an overweight closer.

Manager of the Year Ballot 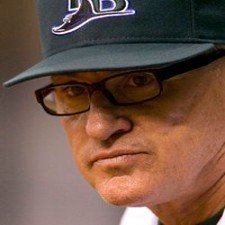 When I look at the American League there are four likely candidates.  Joe Girardi is not a choice, because when you have more talent than the NL All-Star team, you should be winning.

The Rays’ manager Joe Maddon has shown teams how to do a lot with mediocre talent.  The pitching staff is solid, and he has a bunch of “ok” utility guys that he plugs in different positions.  The Rays are in the toughest division in baseball and are going to make the playoffs for the second time in three years.

Ron Gardenhire of the Twins is a manager who looks like a construction worker and continues to build winning teams with a second-rate product.  When Justin Morneau got injured I had my doubts, but they came through.  The pitching staff looked like they couldn’t throw out high school softball players, but Gardenhire has made some changes and trusted that his vets would get back on the right path.

The Red Sox season has been filled with depressing injury after injury, and manager Terry Francona hasn’t made any excuses.  Even though the Sox won’t make the playoffs, Francona still has to be up for the award.

Rangers manager Ron Washington started off the season admitting to crack use. Yes, the drug.  Washington has the Rangers on track to make the playoffs and looking like a legitimate contender. After they make the playoffs, someone needs to monitor his partying.

From the National League I have counted out Tony LaRussa. I believe this has been a slightly disappointing season for them even though they’re in the race.  However, his NL Central counterpart Dusty Baker is doing something few thought was possible this season and should get consideration.

Bobby Cox will likely win if the Braves make the playoffs.  The voters will throw him a bone over the others because he is retiring.

The Phillies are one of the best teams in baseball, but they haven’t all been healthy at once this season, so we can see how they will play out.  Charlie Manuel has done a tremendous job with subs and a bullpen by committee, especially since his closer Brad Lidge records less kill shots in a year than there are butterfly attacks.

The guy in the league who I would probably vote for is San Diego Padres’ manager Bud Black.  How the Padres have the best record in the National League is a mystery to me.  Between the Padres and Tiger Woods they have reaffirmed peoples’ belief in karma.

Please come back next week as I round third for Week 20 Sluggers and Slugs.