Stop Telling Me What You “Could Have” Done

Stop Telling Me What You “Could Have” Done 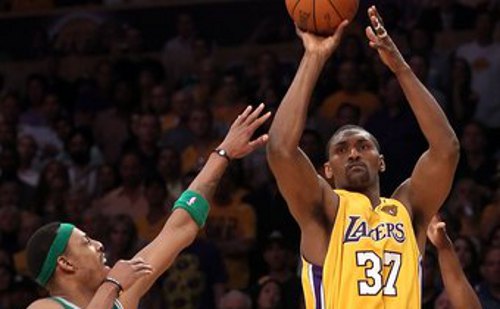 I’ll never forget watching the press conference following the 2004 national semifinal between Okie St. and Georgia Tech.  Eddie Sutton tells the press, “If this had been a 3-game series we would have won.”  Well, it wasn’t!

So get over it!

Nothing makes me more crazy than listening to people complain about what they could have done.  The Braves could have kept their division winning streak alive if Frank Wren wasn’t such an idiot.

Michigan could’ve finished out the ’93 national title if Chris Webber could count.  Ryan Leaf might have turned out ok if he would have done just a couple lines in a bathroom.

Seriously?  This kind of stuff is ridiculous. Frank Wren is an idiot, Chris Webber can’t count, and Ryan Leaf is a screw-up. Period.

People never stop though.  Look who’s still complaining about what might have been.

The Cardinals of St. Louis

Oh dear. I took a trip to St. Louis in 2006. I thought it was a nice town — a little cold — but overall I enjoyed it. Fast forward to 2010 and I find out that St. Louis is the “bitching and moaning” capital of the world.

Besides the fact that it would have ruined my trip in 2006 to know this, it’s just really annoying.  I’ve touched on the brawl between Brandon Phillips and Yadier Molina. That’s over and done with, but the loser fans in St. Louis won’t shut up about it.

Apparently, the commentators in St. Louis have been complaining about Brandon Phillips for the duration of their recent 5-game losing streak.  Get over it already!

You swept the Reds, then you squandered your opportunity, and now you’re 3.5 games back.  Shut up!  We don’t care if you feel wronged.  Your job is to win games, period!

You beat your division leader three times in a row and let them get ahead of you in the standings all over again.  From where I’m standing that’s a “You Problem.”

Can the Cards shut up?  Please?

I can’t believe there are still people out there who think Texas should have won the BCS title game.  It’s as if, somehow, Alabama doesn’t deserve it because Colt McCoy got hurt.

If the stupid Texas fans were paying attention they’d realize that when they brought Garrett Gilbert into the game he became a man really fast.  In fact, he might be better than McCoy.

Oh, I’m sorry, did I blaspheme the name of Colt McCoy? Sorry!

No, I’m not sorry.  S*^# happens.  Look at Joe Theisman and the Redskins.  They went to two straight Super Bowls and won one.  Then a couple years later Theisman gets his leg broken into a million pieces.  Along comes Doug Williams and they win another.

Doug Williams starts to suck and a couple years later here comes Mark Rypien.  I don’t remember folks in Washington crying their eyeballs out because something bad happened.  The Redskins sucked it up and won two more titles.

If you’re a longhorn you need to shut your stupid cakehole about McCoy and move on.  Garrett Gilbert is good and you should be glad he got the “ultimate” game experience.

Oh yeah, you can’t do that.  You’re still mad you aren’t your own country.  Get over it!

The Curse of Ron Artest

I’ll close with something simple.  Basically, Ron Artest put the Celtics away with an ill-advised 3-pointer where he was unguarded.  I’m still laughing about it.

But you know what?  They’re crying that he hit the shot.  Really?  That’s your problem with this situation?  Do you watch basketball at all?

If you’re going to leave Artest open in a critical portion of a championship game — and he drills a three — it’s your own fault.  What else do you want, a kidney?

Here’s a good idea.  Instead of, “If Artest hadn’t hit that shot” let’s go with, “If the Celtics could guard him” and see how that conversation turns out.

The reality is this:

After that they played the worst basketball of the season in the final 18 minutes of their season.  They sucked when they couldn’t afford to and the Lakers won it all.

You have nobody to blame but your own team.  Learn to blame them now before it gives you a coronary.  I broke up with the Braves because I know they’re stupid, and I refuse to blame it on anybody else.

You should learn to do the same and you’ll be much happier.  Just like me.