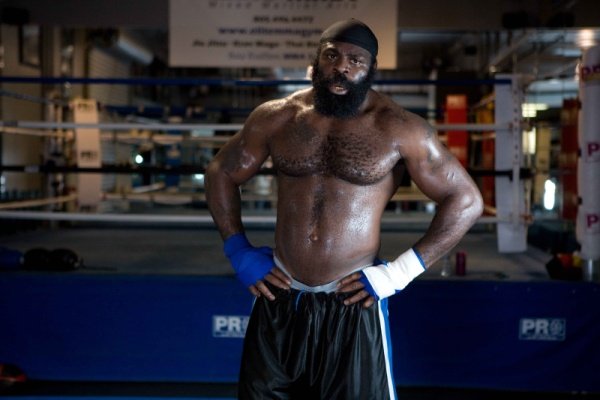 Kimbo Slice will get his opportunity to be in the UFC; he just has to do well on the “Ultimate Fighter” program.  Some may have the view that Kimbo being a contestant on the reality show is a negative career step.  I believe Kimbo should recognize it as an opportunity.  I am sure that he was not thrilled with finding out his only means of getting an opportunity to fight in the UFC was through the “Ultimate Fighter”, but he is a fighter and in the words of fighting legend Mike Tyson “he has to feed his family.”

Reality programming is a big deal in television, and many who have displayed a little character and personality have went on to increase their economic viability in other entertainment arenas.  Who knows Kimbo may be the next Mr. T, or for the MTV crowd the next “flavor of the moment?”  Kimbo has to be careful though not to become overexposed and do what he has to do to show Dana White and fight fans that he is a true fighter.  He does not want to become just another of televisions’ pretty faces like “Flavor.” The reality television program will provide Kimbo with the opportunity to prove to the world that he is a real fighter and not just a street fighting internet sensation.  Many legendary fighters have started out with street reputations and have gone on to be legends of fighting Sonny Liston, George Foreman, and Mike Tyson are just a few examples.

I am sure that Spike and the UFC will benefit from Kimbo’s appearance as well.  If he performs well they have a fighter who is immensely marketable due to his already having a large internet following, and if he performs poorly he can be marketed as a train wreck waiting to happen.  This is a marketing bonanza either way for them because everyone will want to see what happens. Whoever came up with the idea of making Kimbo an “Ultimate Fighter” has managed to channel their inner Don King.  “I’m ready for my close up Mr. White.”