Is Cung Lee The Bruce Lee Of MMA? 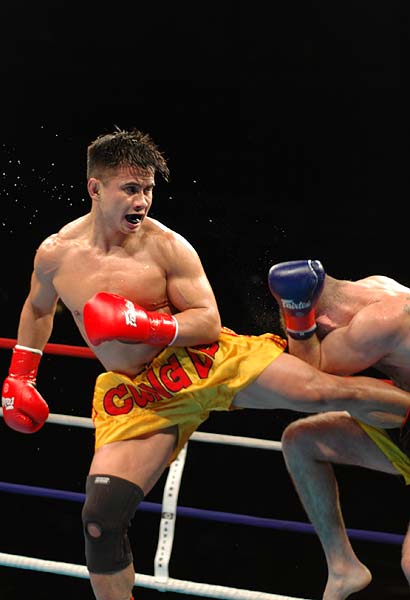 “Le made his highly anticipated mixed martial arts debut at SVE: Shamrock vs. Gracie on 10 March 2006, at the HP Pavilion at San Jose, knocking out kickboxing rival Mike Altman at 3:51 of the first round. Three months later he faced KOTC veteran Brian Warren, knocking him out with a flurry of punches at 4:19 of the first round.

At Strikeforce: Triple Threat on December 8, 2006, Le defeated Jason Von Flue in 0:43 when the fight had to be stopped due to a cut.

Le defeated a long time MMA veteran Frank Shamrock on March 29, 2008, in a highly anticipated fight co-promoted by Strikeforce and EliteXC at the HP Pavilion in San Jose. Le won via TKO when Frank Shamrocks’ right arm was broken after a series of kicks (ulna broken), making him Strikeforce Middleweight Champion.

Being described as the “definition of the dynamic striker” in his MMA match against the well known Shamrock, Cung Le is known for his ability to produce highly co-ordinated and effective strikes. Wrestler Goldberg described his spinning back kicks as getting “hit by a truck”, and his roundhouse kick is arguably his most dangerous striking kick.”

Check out this cool highlight video of Chung Le opening a can of whip ass.