Hall of Fame Voters Need To Get Over Themselves

Hall of Fame Voters Need To Get Over Themselves 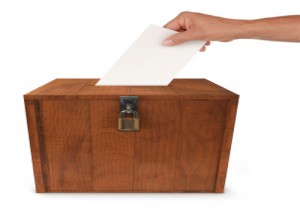 The baseball writers who have Hall of Fame votes have put Andre Dawson and Whitey Herzog in the Hall of Fame.  Besides the fact that it probably shouldn’t have taken this long, there are other issues at hand.

I’ve heard, more than once, that certain baseball writers have adopted a “No ‘Steroids Era’ players are getting in” policy.  As principled as that might sound, it doesn’t make any sense.

I think I can understand where they’re coming from, but I don’t buy it.  Righteous indignation on the part of one party usually indicates their own guilt.

Ever watched the guilty kid say, “It wasn’t me!” when the teacher asks who shot the spitball?  A lot of these baseball writers feel like they got duped during the “home run chase” and all the hoopla back in the 90′s.  Can’t we just admit it was fun?

To Not Let Them In

The writers who have adopted the “nobody gets in” policy are the supposed “purists”.  These people think baseball is so cool that no one but them should enjoy it.  Frankly, these kind of people are the same reason soccer isn’t taking off in the U.S. (but that’s another column altogether).

When the “purists” call for “Steroids Era” players to be wiped off the map they are saying loud and clear:

2.  I think it’s easy to hit a small moving target with a wooden stick.

3.  I am not willing to acknowledge raw talent.

4.  And I am certainly not going to enjoy the game unless everyone has a blood and urine test beforehand.

If you forget 15 years worth of baseball, think the game is easy, don’t recognize a player’s talent, and need “assurances” then you aren’t someone who enjoys the game.

The plain fact is that many fans don’t even care who was or was not using during the “steroids era”.  Mark McGwire and Sammy Sosa had the chase.  Am I the only person left who is still astonished that McGwire hit 70 home runs in 1998?

Add Barry Bonds to the argument and I can’t change my mind.  It’s hard to hit a small, moving target with a wooden stick.  As much as I loathe Barry Bonds, he’s still a gifted player, one of the best of his generation.  Denying it any longer would insult my own sports “intellect” and yours too.

To Let Them In

I’m of the opinion that you have to vote for the players who you believe were outstanding in their time.  This explains why I think Andre Dawson and Whitey Herzog had to wait too long to get in the Hall.

Let’s take Jason Giambi.  I had to laugh when I saw him playing for the Rockies.  He was unproductive, he looked terrible, and he had fallen so far from grace that I think most don’t even realize he’s still in the Major Leagues.

Asking other questions requires the kind of research that simply cannot be done.  I know some folks are really big on statistics, but there is no one crazy enough to figure the precise number of at-bats that may or may not have been juiced.

It’s easier to answer the question.  Is 1900 career hits and 412 career homers enough?

What about Fred McGriff?  He played right through the “Steroids Era”–from 1986-2004.  He has 493 career homers and 2490 career hits.  Is that enough?  I’ve never heard his name and steroids in the same sentence, but the question remains the same.

To let these men in is not just about saying that other “eras” had their issues: Spitballs, scuffed balls,  the Black Sox, corked bats, pine tar, whatever.  Letting these men into the Hall of Fame, if you think they played well enough, is about admitting that you couldn’t do it yourself.

I’m not very confident that I could hit a baseball out of the infield, yet Barry Bonds hit 35 balls into McCovey Cove.  Does anyone else want to try that?  I never thought I’d be defending Barry Bonds, but you have to be good in order to do that.

Anyone want to argue that?

What Is The Answer?

The only way to honor people who are truly great baseball players is to acknowledge their play over a long span of time.  Consistent performance is the key and a solid, sustained “peak” is required.

Fred McGriff was hot in the mid-90′s when he was playing for the Braves.  He amassed nearly 500 career homers and almost 2500 hits.  For me, that’s Hall of Fame worthy.

Andre Dawson carried the Cubs and Expos by himself–with the exception of Ryne Sandberg.  He was at the core of a team when he was at his best.  For me, that’s enough.

Jason Giambi signed a bloated contract, performed well for a while, but wasn’t the “core” of the Yankees or the A’s.  He has similar numbers to Andre Dawson, but he doesn’t give me the same “star quality” feeling that Andre Dawson does.  That is how you vote for the Hall of Fame.

Guessing who did, who didn’t, who used a corked bat, who used too much pine tar, who fought too much, who stole signs, and who wore his hat sideways is not a measure of greatness.  If you have a vote and think Jason Giambi is one of the greatest of his time–vote him in.

The same goes for Fred McGriff, Andres Gallaraga, A-Rod, Derek Jeter, or anybody who has played the game for a substantial amount of time.  A baseball “purist” cannot honor the players who perform well if they do not acknowledge the skill involved in playing the game well.

Barry Bonds, Mark McGwire, and Sammy Sosa are gifted hitters.  So is Fred McGriff.  There’s no difference–unless you don’t want to enjoy the game for what it is.

Supplements For Runners
Bulking Up – A Skinny Guys Guide!
Anadrol Side Effects
The Arrival Of British Dragon