Dana White: Does He Have Too Much Power?

Dana White: Does He Have Too Much Power? 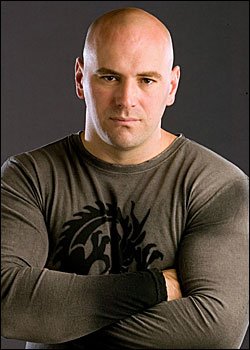 Dana White has been accused and criticized of numerous things during his tenure as UFC president. We all know about the tirade he went on about Sherdog sportswriter Loretta Hunt. Dana received all sorts of backlash after that video blog surfaced. And any MMA fan knows that Dana is never at a loss for four letter words. There was also some controversy surrounding Dana White and EA sports. EA sports was reportedly working on their own MMA game, and Dana White pretty much told all fighters in the UFC that they would be blacklisted if they sided with EA. It’s pretty much all been said, from the guy is a jerk, to he is bad for the sport of MMA. Simply do a Google search on Dana White and just compare how many negative articles and blogs are out there in comparison to positive one’s about the guy.

A highly criticized part of MMA, particularly UFC & WEC is fighter salaries. To fans of MMA, some of these fighters are huge stars and we consider them world class athletes just like an athlete in any other major sport such as football or baseball. So it’s surprising (for myself included) to see some of the tiny salaries some of these fighters make. Uriah Faber, although no longer the WEC Featherweight Champion, is considered by many the best fighter in his weight class, and has undoubtedly been the face of the WEC for the past couple years. For WEC 34 in which Faber defeated Jens Pulver, Faber earned a modest $44,000, which included a $22,000 winner bonus. Although WEC is a much smaller organization than UFC, it is UFC’s sister company as it is also owned by the Zuffa’s and largely controlled by Dana White.

For UFC 98, Lyoto Machida made $140,000 (includes $70,000 bonus) and champion at the time Rashad Evans made $200,000. That might not sound bad for a nights work, but these are two of the top fighters in the UFC. It sounds like chump change when you consider some of the salaries of professional athletes in other sports. The league minimum in 2009 for Major League Baseball and the NBA was over $400k. That’s the minimum! Scrubs that you’ve never even heard of are making more than the superstars in the UFC. Yea I know we are comparing one fight to an entire season in the MLB or NBA, but fighters usually only have about two maybe three fights a year if they’re lucky. Even in boxing for instance, the top fighters regularly rake in 7-8 figures for a fight. For the math challenged people out there, these guys are making millions!

But who is to say what these guys really deserve?

Fight fans were recently disappointed after Josh Barnett’s positive steroid test resulted in a cancelled fight, then a cancelled event, then the cancellation of Affliction as a fight promoter. Is it possible that the inflated salaries had something to do with Afflictions demise as a promoter? Fighter Andrei Arlovski took home the largest disclosed payday, $1.5 million in all from the Jan. 24, 2009 “Affliction: Day of Reckoning”. I think we can all agree that he was slightly overpaid. The total payout to fighters by Affliction that night hovered around $3.3 million. You can probably bet that these numbers will not be seen in the UFC any time soon.

Over the past couple of years, the UFC has seen a number of competitors come and quickly go. And despite the competition, the weak economy, and the nay-sayers, the UFC continues to grow under Dana White. Yea, maybe the guy can be crude, even mean sometimes, but love him or hate him, you can’t really doubt the way he is running this business. Mainstream sports leagues like the MLB, NFL, and NBA have created a culture where players hold out for more money, or just completely throw in the towel until they get their way ala Manny Ramirez. We’ve seen guys who haven’t even been drafted have demands about where they will and won’t play (Eli Manning). I’m not putting any of these guys down, if you know you can hold out for more money or demand to go to a certain city and play, who can blame you for doing it? But maybe in these leagues, it’s the players who have too much power…and maybe it’s the exact thing Dana White is trying to avoid. Whatever White’s reasoning is for what he does, it seems to be working. White has said that he believes MMA will become the worlds #1 sport. He certainly has a long way to go for that,  but at this point, I’m definitely not going to question him.