Bobby Lashley in Talks with The UFC!

Bobby Lashley in Talks with The UFC! 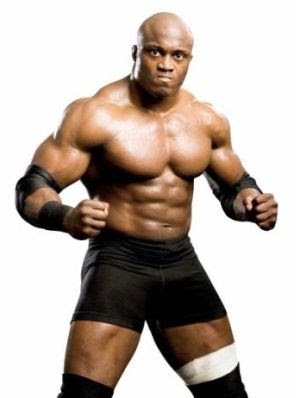 Bobby Lashley is the most recent Pro Wrestler to step over into MMA and is getting all kinds of attention. He won his MMA debut and his recent fight with Jason Guida.  The most current news to come from Lashley is his recent talks with the UFC. It may be possible at some point to see Bobby Lashley take on the likes of Randy Couture or Brock Lesnar. It all depends on how well he continues to do and of course how much hype he gets. At the end of the day, if the UFC thinks they can sell more Pay Per View, then they will sign Lashley. Here is what Lashley had to say about his recent chat with the UFC:

“I’ve had dialogue with (the UFC) over the past few days. They know where my mind frame is. I hold the UFC in high regard and I believe the UFC is a place where you have to be at a certain level before you get there. I want to be a serious contender for a title before I go in there. When I get to the UFC, I want people to say ‘Bobby is good enough to go for the title.’ I would like to be holding a 5-0 or 6-0 record, somewhere around there before going into the UFC. If I can take what I do in practice and put that into a match — then you’ll see a whole different Bobby than what you saw the other day.”