The Hidden Threat of Concussions in Sports

The Hidden Threat of Concussions in Sports 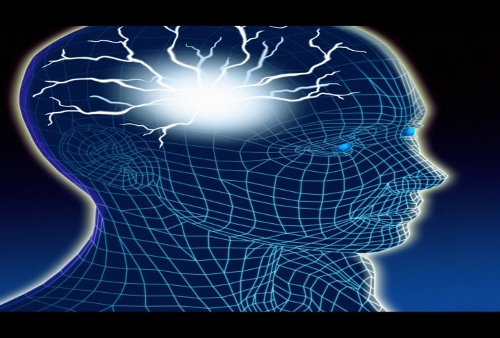 Last month, just as youth all across America were getting ready to hit the fields for football and soccer games, the House Education and Labor Committee held a hearing debating the merits of a recent bill that would help protect young people from the consequences of a severe head injury, specifically, concussions.

Why would the House worry about what a kid does on some soccer field in some nameless suburb? Do we really need legislation against those bone-rattling helmet-to-helmet hits that make teammates shout and adults stand and cheer?

According to committee chair, George Miller, Democrat of California, yes, we do. His legislation, if passed, would allow students participating in youth sports in every state the minimum protections that the law would allow. Currently, individual states (and there are a dozen on the books or are considering action) are responsible for their own regulations patrolling head injuries to young athletes . For Miller, national regulation is what is truly required.

The act, named the “Protecting Student Athletes From Concussions Act,” would require school districts to develop and implement their own “sports concussion management” programs.

Some of the ideas floated include mandatory removal of an athlete from participation who is suspected of a concussion during a game, permission to return to sports only after approval from a “real” health care professional, and the availability of special services to help students in school while recovering from concussions.

Why all this national legislation just for a bump on the head? Of course, we all know the importance of protecting our youth. Among too large a population of coaches, parents, and players, that question is not being asked. The mindset of urging players to “shake it off” and “get back in the game” is placing student athletes at risk of not reporting serious head injuries. 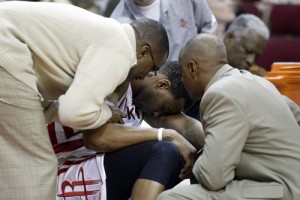 You can’t tape a concussion, or stitch a concussion, or, for that matter, see a concussion. Sometimes, you might even know you’ve even had a concussion until hours or days later. According to the website FamilyDoctor.org, a concussion is “an injury to the brain that can cause a variety of symptoms . . . usually caused by a blow to the head.”

When a brain is concussed, the brain is shaken with such a force that it actually hits the inside of the skull, causing damage to blood vessels, nerve cells, even bruising; damage that you can’t see. Concussions in sports can happen any time, not just during games, but during drills and practice too and, more often than not, these injuries do not involve severe symptoms such as loss of consciousness, so many concussions go unreported.

How do you know it’s more than just a ding? While not all concussions are created equal, they do have some common signs and symptoms. Some early symptoms include headache, visual impairment, dizziness, loss of balance, memory loss, ringing in the ears, nausea, and sensitivity to light or loud noise.

Concussions can also lead to long-term symptoms that have severe consequences to your quality of life. If you suffer from a stiff neck, difficulty walking, talking, or using you arms, severe headache, vomiting, worsening confusion, convulsions, or unusual bouts of sleepiness, it could be the result of a concussion. 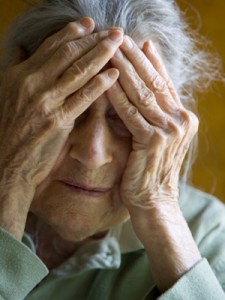 The evidence is clear that repeated concussions have long-term implications on the lives of professional football players and other athletes such as boxers. The stories have been well-documented about players who have had to give-up their careers, such as quarterbacks Troy Aikman and Steve Young, or the sad stories of such players as Merrill Hoge, ex-running back for the Pittsburgh Steelers and Chicago Bears, who, after repeated concussions, would wake-up not knowing his name, what city he was in, or how to get, for example, to the stadium.

According to a New York Times report, the longer term prognosis for retired NFL players is even more frightening. Football player over the age of 50 have six times greater the chances of slipping into dementia than the average male. What about concussions in high school or college athletes though?

“The long-term effects of a few concussions on the young athlete is an incomplete book,” said Mark Lovell, PhD, founding director of the University of Pittsburgh Medical Center (UPMC) Sports Medicine Concussion Program. “We’re just starting to scratch the surface. We’re starting to study kids as young as five and follow them throughout their lives, but that takes years to do; 90% of what we know about concussion, we’ve learned in the last five years.”

A study from the Center for the Study of Traumatic Encephalopathy (CSTE), recently found the start of something called “chronic traumatic brain disease” in the brain of a multi-sport 18-year-old high school athlete, an athlete who had suffered multiple concussions.

“This is very worrisome, suggesting that this kind of long-term damage can be starting in your teens,” said CSTE co-director Robert Cantu, MD, clinical professor of neurosurgery at Boston University School of Medicine and co-director of the Neurological Sports Injury Center at Brigham and Women’s Hospital.

“Another individual we studied, a former college athlete, also showed significant changes to the brain as well as clinical symptoms that occurred toward the end of his life. That demonstrates that the trauma you get in your teen years and a college career, without any professional play, can be enough to produce chronic traumatic encephalopathy in susceptible individuals.”

How To Make a Difference

There here have been many suggestions on how to help alleviate the effects of concussions in sports. Some ideas include:

Steven P. Broglio, an assistant professor of kinesiology and community health at the University of Illinois at Urbana-Champaign, reports the impact of concussions is at its highest at the high school level.

“And, worse yet, you have the worst medical care at that level,” Broglio added.

While collegiate programs have trained health care staff at games and practices, many high schools just do not have the resources to staff practices and some games adequately, and that has to change.

“The injury rates are a lot higher in games. Kids hit harder,” Mr. Broglio reported, “but you practice a lot more than you have games.”

Miller’s legislation focuses on concussion management, not just in football, which has the most reported cases of brain injuries (the American Association of Neurological Surgeons reported 45,000 football-related head injuries were treated in hospital ERs in 2009), but in sports such as girl’s basketball, which, surprisingly, has the second most rate of concussions in youth athletics. Miller would require legislation to encompass all sports, not just football, and would also deal with helping student athletes cope with long-term concussion symptoms that could hamper academic achievement.

At the September hearings, Alison Conca-Cheng, a senior at Centennial High School in Ellicott City, Md., told of her difficulties at school after she suffered a concussion during a soccer scrimmage in August 2010.

“Reading textbooks and articles for homework is particularly difficult,” she reported to the hearings . “It would take me twice as long, and it would be a constant battle with my concentration.”

Conca-Cheng was lucky that her school understood the length of such brain injuries and was able to help, but she reported that many student athletes do not have that luxury and could “fall through the cracks.”

To see life as a law, the Contact Act will need to go through the voting process by the full House and Senate and then could be signed into law by President Obama. That could happen before December but, more than likely, in January 2011.

Until then, many high school and college athletes are on their own and, administrators, coaches, and parents must be aware of the implications long and short term for brain injuries and the dangers of pushing an athlete back on the field for a game everyone will soon forget.