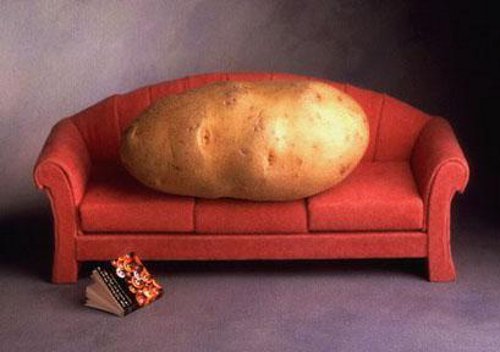 NFL week 10 has the potential for more drama than can be scripted when you stick a bunch of horribly stereotyped Italians in a house ( a la Jersey Shore). The Vikings may finally fire Brad Childress depending on the outcome of this game. Randy Moss makes his Titans debut – his third team of the season. Dallas searches for reasons not to quit on new head coach Jason Garrett. Tom Brady already outclasses Ben Roethlisberger off the field and will attempt to do it on the field. Finally, Donovan McNabb tries to prove he is more physically fit than JaMarcus Russell and Rex Grossman.

I will try to keep the ball rolling from last week where I posted a 10-3 record. I improved my overall record to 82-48. I encourage you to correct me where you think I’m wrong by contacting me via Twitter.

Baltimore Ravens @ Atlanta Falcons – I don’t often agree with multi-million dollar athletes when they complain about how tough something is for them, but this week Ray Lewis was out-spoken about how tough it is to play a game Sunday, then turn around and play again on Thursday.

I agree with Lewis on this topic. If this game was played on Sunday I would say this is a fairly easy win for the Ravens. However, the strength of this team is the aging veterans on their defense. It’s like taking a supermodel on a date. If you picked her up directly from the gym she would be sweaty and stinky, but if you gave her the extra time to shower she would be that much better. Either way you’re taking her out and the same goes for the Ravens.

Detroit Lions @ Buffalo Bills – This game has blackout written all over it. Both teams have been competitive for the most part this season, but it offers no real appeal on the national stage. The Lions’ Matthew Stafford went down with another shoulder injury. It’s unfortunate that Stafford is becoming a snowman in a rain storm.

The Bills have lost three straight games by three points, two of which were in overtime. The Bills have a tough stretch following this home game against the Lions. In fact, if they don’t get this game they may need a team to forfeit in order to get into the win column. I am taking the Bills based on history – it’s almost impossible to go 0-16 with their opponents being the exception.

Minnesota Vikings @ Chicago Bears – If you took a vote in the Vikings locker room, Childress would probably be out. Anonymous players in the Minnesota Tribune used the word “hate” when describing their head coach. The last five minutes of regulation and overtime is the best football the Vikings have played all season. Leslie Frazier finally sent the blitz and the offense started calling slants and seam routes to the right players.

The Bears barely beat an 0-8 Bills team last week. They have an offensive line that can’t block a pass from the best team in 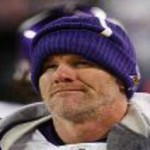 the Lingerie League. Jay Cutler may be the only QB in the league who makes poorer decisions with the ball than Brett Favre. And, the Bears haven’t figured out that Matt Forte is their only weapon on offense. Unbelievably, the Bears may be more dysfunctional than the Vikings.

New York Jets @ Cleveland Browns – The Browns have taken down the Saints and Patriots in impressive fashion the past two weeks. A win this weekend might be the most impressive three-game stretch in football. I’m not talking about the Colts, Ravens, or Giants beating these teams in consecutive weeks, I’m talking about the Browns.

Before the season it was questionable if the best football player in the state was actually a basketball player who left Cleveland for Miami. Last weekend the Jets played a close game with the Lions, but I believe that goes to show us how far the Lions have come. This game will be closer than some would have anticipated a few weeks ago. I’ll take the coach that’s overweight and cocky as opposed to Man-genius.

Cincinnati Bengals @ Indianapolis Colts – This has the makings of being the game for the Bengals where it looks like they have things figured out for the first three quarters. Then Peyton Manning and the Colts hang 17-points in the 4th quarter for the win. If Manning had the talent that Carson Palmer has they would be 14-2 every season – the losses would come in weeks 16 and 17 when for whatever reason the Colts think it’s a good idea to sit Manning.

Regardless of what happens during the game I can’t see Indianapolis coming out with anything but a happy ending. If anyone is trying to explain success and failure to a young person, they should watch Colts vs. Bengals on Sunday.

Tennessee Titans @ Miami Dolphins – As Channing Crowder wipes the spit from his face he sees an even better RB to try to tackle, Chris Johnson. Another difficult test this weekend for the Dolphins has their season all but over with a loss.

The Dolphins made the decision to go from Chad Henne to Chad Pennington. Would you rather burn to death or freeze? It’s a similar question. The addition of Moss will prove even further that Childress needs to be fired. The Titans are coming off a bye and need to keep pace with the Colts.

Carolina Panthers @ Tampa Bay Buccaneers – This week in another article I covered the fact that Panthers’ coach John Fox is on the hot seat, so much so that he can’t even sit anymore. Carolina enters this game looking at the team they thought they would be: solid QB play complimented by a running game and a big play defense.

The Bucs were only a two-yard run away from taking the lead in the NFC South last weekend. They will win easily this weekend behind the play of Josh Freeman, LeGarrette Blount, and Mike Williams.

Houston Texans @ Jacksonville Jaguars – Who are these teams? It’s like Joaquin Phoenix. Is he a rapper, hippie, a leading man, or just dysfunctional product of Hollywood? The Texans have featured a running game with a defense that is the biggest asset to the opposing team.

The Jaguars on the other hand get blown out by the Titans and come back the next week to crush what was left of the Cowboys’ pride. I am leaning towards the Jaguars in this game because oddly enough David Garrard has been more consistent. The only thing consistent about Matt Schaub is the fact that his hairline is rapidly fading.

Kansas City Chiefs @ Denver Broncos – I wasn’t sure the Broncos would return from England to finish the season. Unfortunately they did, they must have mortgages due. The Broncos have been terrible over the last few weeks and things don’t look like they will get brighter – after Sunday, four of the next five are on the road.

The Chiefs are fighting and clawing to stay in the race. It looks like the movie scene where the guy is hanging on the edge trying not to fall, hoping something, anything, will save him. Well, for this one week their savior will be the lack of talent on Denver. We will probably get some Tim Tebow chants – this isn’t a video game and he isn’t the answer.

Dallas Cowboys @ New York Giants – Ok, Wade Phillips is fired, now what? It’s still the same team filled with quitters on defense. Oh yeah, the guy who couldn’t run the offense properly is now running the team. This sounds like putting ketchup and mustard on a brownie.

A lot of people have been saying that the Giants are the best team in the NFC. I’m sorry, but I’m not sold yet. In the last five games they have beaten Chicago, Houston, Detroit, Dallas, and Seattle. They should win all of those games. If you throw an underhand pitch to any major league hitter he is going to hit a home-run.

Seattle Seahawks @ Arizona Cardinals – I don’t know who to pick in this game. I might as well have flipped a coin or asked my four-year-old son. The reason I went with the Seahawks was based on the Arizona fluke factor. Last weekend they scored a TD in the two-minute offense – how many times will Derek Anderson do that? The other two TDs were special teams’ plays – a kick return and strip fumble returned for six.

I have tried to think of a reason why anyone not a fan of these two teams would watch this game. I only came up with one – to see how many times they pull the starting QBs.

St. Louis Rams @ San Francisco 49ers – As I said before the 49ers vs. Denver game, I like what I’ve seen from Troy Smith. He didn’t let me down leading the Niners to their second victory of the season. The injury report listed Alex Smith as possibly unable to go for Sunday. If Smith starts Sunday, the 49ers chances of winning should be listed on the injury report as questionable.

I have a feeling that the Rams’ dream season is about to come to a halt. They have looked much better than I thought, but I believe the 49ers are the better team. If I factor in the home field advantage, Smith being out, and the owner saying they would make the playoffs, it equals a San Francisco victory.

New England @ Pittsburgh Steelers – On Sunday Night Football in America, fans will be blinded by the two beautiful heads of hair on the field at the same time – Troy Polamalu and Brady. This could be the best game of the weekend. Bill Belichick gets the Patriots to overachieve which make this a close game.

I am looking forward to seeing how Belichick attempts to move the ball against a Steelers defense without a deep threat. Also, the Steelers offense should be able to pound the ball and take deep shots to Mike Wallace from play action sets. The Pats are fuming after losing to Cleveland and will be prepared to make this a game.

Philadelphia Eagles @ Washington Redskins – Someone call PETA, Michael Vick is going to be glorified on Monday Night Football. I’m sure that Jon Gruden and Ron Jaworski will talk about the changed man he has become after the dog fighting incident and how it has made him a better football player.

You know what made Vick a better football player? The opposing QB,  McNabb. After being his understudy for one season he realized how you can take your talent to the next level with great physical training. Ironically, Mike Shanahan questions whether or not McNabb is physically fit enough to play the position. When the Redskins are losing on Monday night it won’t have anything to do with McNabb’s conditioning, but I sure hope he puts Grossman in, I need a good laugh.

Thank you for popping a squat for this weeks “CPB”. Please come back on Friday for some excellent fantasy football advice in Start’em and Sit’em for week 10.