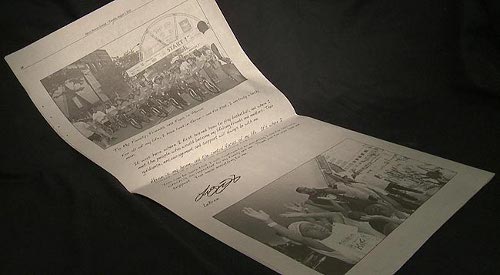 I wanted to call this column, “I want to freaking write about football,” but I decided against it when I realized I’ll be writing about football until February. Then, I thought I should call it, “Stupid NBA players” but realized that was too obvious.

Besides the fact that LeBron stuck it to Cleveland again there were some odd “goings-on” in the NBA.  Certain people shouldn’t be playing in certain places for certain teams.

There is just a natural order of things that is not being respected.  You know that movie “Failure to Launch” where Matthew McConaughey gets attacked by a dolphin, a chipmunk, and a lizard?

His buddy Demo–or as I call him–Will from “Alias” tells him that he isn’t respecting nature’s course.  Why the hell else would a dolphin attack you like an Ethiopian Great White Shark?

I hate it when people don’t look around and respect the unwritten rules of nature.  I know they aren’t written down, but they’re pretty obvious.  And believe me ladies, I know I suck at taking hints, but even I could get these hints the first time around.  Just ask my wife how pathetic that makes these guys.

LeBron Thanks Akron, Not Cleveland 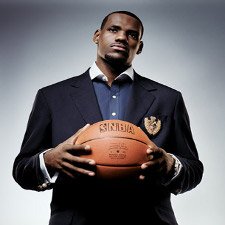 I love this because it’s funny, and I hate it because it’s just flat-damn pathetic.  I could do an in-depth analysis of his mental state, but I think some better headlines for his newspaper ad are in order.

Any of these titles would have been highly appropriate for a newspaper ad from James.  Are we really surprised that he stiffed Cleveland, again?  We shouldn’t be, but it’s too easy to pass up.

If we were rating Cleveland’s anger on a scale of 1-10 it would have progressed something like this:

LeBron takes out a full page newspaper ad to thank Akron and says nothing to Cleveland – 150,000

There’s something about Ohio that everyone is forgetting.  They have a significant part of the Appalachian Mountains running through the Eastern part of their fine state.  It gives way to other smaller mountain ranges, and when you have mountains you have hicks, rednecks, and hillbillies.

There are some angry rednecks in Ohio and if you think they forgot about LeBron, you should ask their shotguns.

I fully expect some crazy redneck to get arrested in Cleveland on December 2nd–when the Heat visit the Cavs–with a full gun rack in the back of his pickup.  These people take up offenses really easily and they will never stop fuming over the “LeBron thing.”

Plus, I can’t wait to see Pedro Gomez or George Smith standing outside Quicken Loans Arena reporting on how many bodyguards LeBron has for the game.  That same spot will likely include an interview with a police spokesperson about security for the game.

Watching Jon Barry, Stuart Scott, Michael Wilbon, and Magic break down a game after watching a nervous Ohio cop talk about LeBron is comedy gold!  If that isn’t entertainment, I don’t know what is. 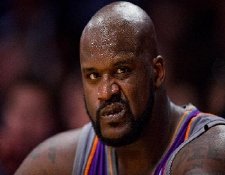 Shaquille O’Neal joined the Boston Celtics by signing a one-year deal.  Unfortunately, he won three titles with the Lakers at the start of the millennium.

If you’re a Laker you don’t play for “the enemy” and vice versa.  Willie Mays was a Giant.  He loathed the Dodgers, and I don’t even think he would be able to stomach the thought of putting on a Dodger uniform.  Dodger players felt the same way.

I know that there are guys who have played for both teams, but Shaq won the Lakers three titles.  Now he’s going to play garbage minutes for “the enemy”?  This isn’t right.  It breaks all the rules of nature.

Don’t we see a pattern here?  You just don’t do these things.  Shaq signing with the Celtics can only have one of two effects:

1.  The Celtics implode and there is a 7.4 magnitude earthquake in New England, or

2.  The Celtics implode and Shaq bitches his way out the door at the end of the season.

Since there’s little chance of an earthquake rattling all of New England I’ll go with door number two.  I thought the Celtics had learned their lesson about “chemistry killers” with Stephon Marbury. 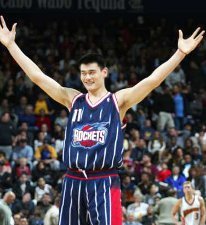 The Houston Rockets are planning on playing two preseason games in China so they can showcase Yao Ming in his home country.  October 13 and 16 are the scheduled dates for the games and Houston fans will miss out, again.

Houston had such hope with Yao Ming and Tracy McGrady stalking the court and showing such promise.  They had everything going for them with fresh, young talent and a smart, young General Manager.

Then Yao hurts his foot.  Then he hurts his foot again.  Then the Rockets go to the second round of the playoffs without Yao or McGrady.

Then Yao says his foot injuries might end his career.  Now the Rockets are taking a very long trip to China to play two preseason games.  If you’re a Rocket fan you’re scared to death his leg will fall off in China.

Plus, the Chinese authorities are probably planning on kidnapping Yao to save his leg–or so they can clone him–either way you slice it it’ll be funny.

Why would the Rockets subject themselves to this kind of scrutiny over their star player?

Because they gave up on Yao.  Avery Brooks is the heart and soul of this team and guys like Chuck Hayes are their “core back-ups.” They don’t need McGrady–so they cut him loose.  They don’t need Yao–but they can’t afford to give him away,

Instead they’re going to appease the Chinese government by playing a couple games in China.  However, while Rocket fans will be missing out and Yao will probably get hurt, the Rockets have already moved on.

They have souls–unlike LeBron and Shaq–so they couldn’t just “dump” on the city of Houston like that.  It’s a controlled burn in Houston that’s actually kind of smart, but it looks really bad right now.

Come June the only one of this group that will come out smelling like a rose is the Rockets–but they’ll have to stab their fans in the chest to get it right.