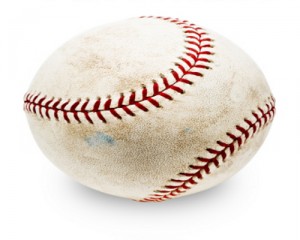 This past week in baseball was definitely highlighted by off the field activity. The Los Angeles Angels traded for Dan Haren, Lou Piniella announced his retirement, Andre Dawson entered the Hall of Fame, and most importantly Major League Baseball commissioner Bud Selig approved human growth hormone blood testing in the Minor Leagues.

Both the American and National League Central races are heating up. The Chicago White Sox lead the AL Central by one game over the Minnesota Twins, and the Detroit Tigers only trail by three games. The White Sox have cooled off and are rumored to still be in the mix for a bat.  The Tigers suffered a big loss with Magglio Ordonez breaking his ankle sliding into home plate.

The NL Central has the St. Louis Cardinals even with the Cincinnati Reds.  These two teams have been winning games through different methods–the Cards by pitching and the Reds by hitting. Baseball fans know that good pitching usually out last good hitting.

Just as I thought they would, the New York Mets have fallen off and have won only two of their last 10. The general manager says that Jerry Manuel’s job is ok for the remainder of this season, but I can’t see him still managing next season if they don’t make the playoffs.

The Boston Red Sox have fallen seven games behind the New York Yankees in the AL East.  The Red Sox also trail the wild card leading Tampa Bay Rays by five games. The amount of player injuries has played its part in the downfall of the Red Sox this season.  The gap to win the division is too great, and soon their wild card chances will be in a similar boat.

Bud Black was given a contract extension to manage the over achieving San Diego Padres. I haven’t said it out loud yet, but the Padres may actually be for real. Let’s highlight the big reasons why, cover the impact of the Haren trade, and find out something about Roy Oswalt.

The Padres hitting has been timelier than when you were a kid and you walked in on your friend’s older sister getting out of the shower–that was no accident, just like the Padres aren’t.

I don’t think they thought it would work out quite this great, but they gather a rotation of quality starters, a proven closer, and surrounded an MVP player with speedy mediocre talent.

Coming into this season they knew that no one in this division made any big moves and the Dodgers pitching wasn’t that great. 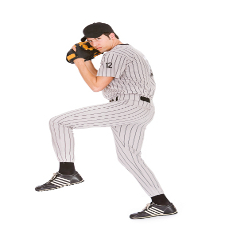 The Padres have the best ERA in baseball at 3.26,  lead by youngster Matt Latos, who has the lowest ERA amongst the starters at 2.48.  If it weren’t for the incredible seasons of Ubaldo Jimenez and Josh Johnson, Latos may figure into the Cy Young voting.

The Padres have Latos on a pitch limit. It’s kind of like a curfew for high school kids–they want you to go out and learn cool stuff, but they don’t want you to do anything stupid and hurt yourself.

For the Padres to keep this up, not only will Latos have to continue to pitch well, but the surprising play from fellow starting pitchers like John Garland and Clayton Richards will also have to continue.

Beside the fact that Adrian Gonzalez has facial hair that can make any man jealous, he also hits in a line-up where he is the only threat.

Imagine you had to get into a fight 4 on 1, but three of the men were dwarves and only one was your size.  You would focus on knocking out the big one which would render the others ineffective. This is what the Padres line-up is like, but Gonzalez continues to produce.

Gonzalez will most likely be an MVP candidate if the Padres can keep up this unthinkable run. A team that we thought would be sellers at this time now needs to become buyers and get some help in the line-up.

What Is the Wizard of Oswalt Thinking?

One of the biggest trade rumors has been the Houston Astros looking to move starting pitcher Oswalt. He started the talks by expressing his desire to play for a contender.

However, Oswalt has also said that he wants the team that trades for him to pick up his 16 million dollar option for the 2012 season.  This has scared off teams like the Cardinals and many others for that matter.

If a team that has a chance to go to the playoffs every year is interested in him and willing to take on the rest of this year and next years contract, why wouldn’t he go?

I understand that he most likely won’t be able to get a deal that will pay him that kind of money in 2012, but $10 – 12 million is a possibility.

I think in life you have to make sacrifices for what is important to you. By demanding that a team pickup the 16 million dollar option he is saying that winning is second to money.

He knows better than any of us that the Astros are not close to being a playoff contender. Oswalt is saying that he would rather have the extra money playing for a cellar organization than have chance at a World Series. If he went to the Cards they would have one of the best rotations in baseball, but I guess money is more important.

The AL Central seems to be the Texas Rangers to lose this season.  They added ace pitcher Cliff Lee to an already capable starting rotation before the break.

This put the pressure on the Los Angeles Angels to upgrade their pitching staff.  This week the Angels added stud right hander Dan Haren.  In most cases you would be worried about a pitcher coming from the NL to the AL, but Haren has already pitched in the AL, posting a 43 – 34 record over three seasons with the Oakland Athletics.

The gap between the Angels and Rangers is currently 8.5 games, with the Angels losing 3 of 4 lastweekend.  This weekend they have a 3 game series at the “Big A.”