Two owners of MedXLife, a prescription drug website now linked to Signatue Pharmacy, have pleaded guilty to felony third-degree diversion of prescription medications and prescriptions. Greg Trotta, 38, and Brian Schafler, 34 admitted they helped get steroids for customers and have agreed to testify against parties involved.

In court, Schafler said that he “put in the order” and that he spoke with customers and then had them speak with Dr. Gary Brandwein, another owner of MedXLife.com. Brandwein then signed and sent the prescriptions that were filled by Signature Pharmacy before being sent to the ‘patient.’ This was all done without any ‘patient’ every meeting any doctor in person. Often the customers would not even be in the same state. 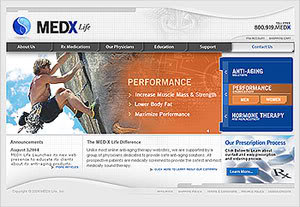 MedXLife.com was the second largest supplier of customers to Signature Pharmacy, one of the pharmacies raided in Orlando, Florida at the center of the steroid and internet hGH distribution scandal originating in Albany, New York. MedXLife.com is/was a website that predominately focused on anti-aging, but right on the front page was a section entitled “Performance Enhancement” with a picture of a muscular man rock-climbing.

It’s a very slick website, with pictures of a sterile facility and all sorts of seals and assurances that everything was legal and top quality. It’s strange to think that any internet site, or clinic for that matter could be so blatantly fraudulent, and in doing so potentially convince people that what they were doing was legal and legitimate. Who knows what happens when you speak to a MedXLife Doctor, but browsing that site make one feel like anything they did through it would be perfectly legal and moral. This isn’t to make excuses for the people purchasing human growth hormone or steroids, but the idea that this site is so imbued with professionalism and legitimacy but was completely fraudulent is a scary one. 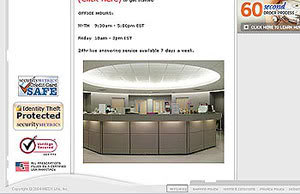 MEDX Life is a U.S. based company, with a full team of certified U.S. physicians, counselors, and support staff. Our MEDX Life team continues to adhere to the highest medical standards and up to date protocols for all of your anti-aging requirements. All products are strictly packaged and shipped from a certified U.S. pharmacy.

MedXLife.com used an affiliate program (wherein MedXLife would pay anyone a commission if they referred a sale) and purchased traffic from yahoo and other companies. Only three years old, MedXLife was doing $5 million in business a year.

How to make sure you are buying real steroids?
It’s Abuse That Is The Problem, Not Use
Legal Steroids Guide
Steroid Alias List / Steroid Names