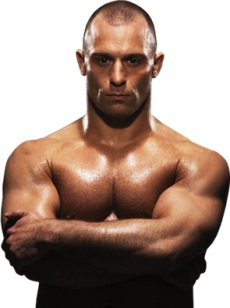 Will the grudge between Matt Serra and Matt Hughes ever end? These two have been hating on each other for a long time now. I guess sometimes personalities just clash, and this certainly seems true for Matt Serra and Matt Hughes. Fortunately, MMA is a sport where a little grudge between two fighters simply makes the match up that more exciting. This factor can even make one wonder how many of these “grudges” are even real. It is well documented that fighters and fight match ups that have more hype tend to make more money. Is this the case between Matt Serra and Matt Hughes?  Are they simply looking to attract more fans to UFC 98?   I don’t know, Matt Serra seems pretty genuine when he talks about his dislike for Hughes. Here is a quote from Matt Serra, props to Sherdog.

“The thing is this, this sport you deal with a lot of guys in this sport and most of them are cool. It’s a rarity you find an a–hole and I found one. I’m going to get paid to punch him in the mouth. I’m going to do to him what you should do to every bully and that’s not only in America but everywhere in the world. What should you do to a bully? You should punch him square in the mouth. I’m getting paid for it. So who’s got it better than me? I want to know…. I’m not an idiot. I’ll tell you I don’t like the guy because I don’t like the guy. But as a fighter I know the problems he brings to the table and I know what I got to watch out for. I know where he’s really dangerous. What do you want me to say? He’s a swell guy and I can’t wait to fight him? F— him.”