Dez Bryant Is Not the Diva Here

Dez Bryant Is Not the Diva Here 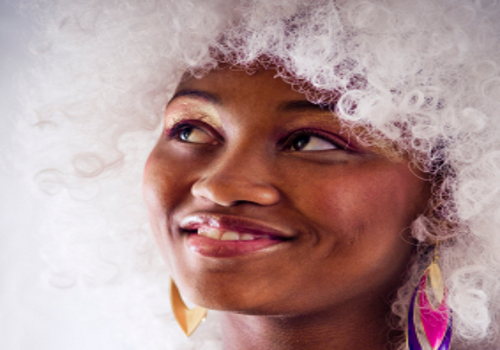 Dez Bryant made waves at training camp for refusing to carry Roy Williams’ pads after a practice.  In fact, I think he told Williams that “he was straight” and “I’m here to play football.”

After the initial incident blew up on all forms of media I watched a slew of retired pro football players complain that Bryant was a diva.  They said that you just have to carry people’s pads, buy them dinner, get hazed–whatever it took to “fit in”.

I suppose I’m a little confused.  I didn’t realize that Dez Bryant wanting to be “business only” was a bad thing.  Everybody is now saying that he’s a diva and he’s a bad guy.

I don’t think Dez Bryant is a bad guy or a diva.  I have a description for him, but we need to see who the divas are first, and Dez Bryant is no diva.

Roy Williams Is Diva Number One

Roy Williams was a highly touted wide receiver coming out of the University of Texas.  He went to the Lions and never really accomplished much of anything.  However, you could have blamed his lack of productivity on the Lions.

When the Cowboys gave up a lot of guys to get Williams, everyone was hoping he would have a “coming out” party, but that never happened.  In a season and a half in Dallas, Williams has played 25 games, caught 57 passes for 794 yards and 8 touchdowns.

He also drops the ball like it’s going out of style.

Roy Williams is on his last professional “leg,” if you will.  Dez Bryant is in Dallas to take Williams’ job.  Williams was supposed to be “the man,” but it appears that Bryant has taken the mantle.

So, when Roy Williams, an underperforming/older/nearly washed-up receiver asks the hot-new-kid-who-catches-everything-and-is-getting-standing-ovations-in-practice to carry his pads, that’s bound to cause a problem.

Roy Williams is diva number one because he doesn’t get it.  The better player–Bryant–is going to take his job.  Just because “you had to do it” doesn’t mean that you can force someone to carry your pads, buy you dinner, etc.  This is how sports works.  If you’re better, you play.  If you’re worse, you don’t play.  Sometimes you get released.

I anticipate that Roy Williams will be cut by the Cowboys before the season starts and even though a lot of people thought he was right in this situation, he’ll never live it down.  He’ll be the guy who challenged Dez Bryant and lost.

Mike Golic hosts a radio show that I will not name because everyone knows what it is.  He played nine years in the NFL and he came to Roy Williams’ defense because, “you just do these things.”  He instantly became diva number two.

After he ripped Bryant on his show for not carrying Roy Williams’ pads, he told a story about tying a guy to a goal post in training camp.  They tied the guy to the goal post because he wouldn’t sing his school’s fight song in front of the team.

Then I saw Mark Schlereth, on the same network, talking about guys getting tied to a goal post and how you “just do these things.”  I think these guys have taken “male bonding” to a whole new level.

Sure, some guys think this kind of stuff is fun and they play along.  I have no problem with that.  However, there are guys who are not going to play along, and then it hit me.

The Rest of the NFL 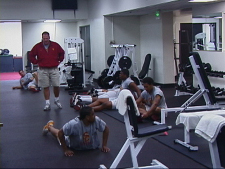 Let me ask you a question:  Don’t you think parity comes partially from “fat cat” players who want to have too much fun in training camp?  Didn’t the Cowboys have a really good season last year?

I’ll bet you anything that Roy Williams came into camp with a big head and he thought: “This Bryant kid is going to be my bitch.”  The unfortunate reality is that Dez Bryant said, “I ain’t gonna be your bitch!”

This story made headlines because Dez Bryant is a newsmaker, but how many times does this kind of thing happen in training camp and the chemistry of the team is being ruined?  I don’t think I’ll watch the NFL the same way again.

When a team is supposed to be playing well and they aren’t I’ll always wonder if they had a “stupid” training camp.  How many dumb veterans does it take to screw up your season?  One.

The Douchebag Hall of Fame 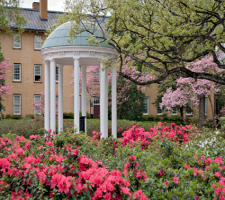 Because this column is filled with douchebag-like behavior I think it’s appropriate to inaugurate my “Douchebag Hall of Fame” to close.  Some of these guys are obvious, but some just made their way in with the “Dez Bryant won’t carry the pads” story.

Golic gets into the hall for taking out of both sides of his mouth.  On one hand he wants guys to “bond” and on the other he thinks it’s ok to tie someone to a goal post because they wouldn’t sing a song.

Golic, I think a lot of us have been putting up with you for far too long.  I’m done with your show because, as one dude on Twitter put it, I can’t handle your “vintage Golic” stupidity.

Mark, you won three Super Bowls with two different teams in your career.  That is highly impressive, but listening to you defend Roy Williams felt like a long trip to IKEA for me–more painful than childbirth.

Listening to you defend stupid NFL player behavior almost made me laugh.  However, in the end, I lost all respect for you.  I thought you were the “smart one”, but when your reasoning boils down to “that’s just what you do”, I’m out.

Roy, Dez is going to take your job–plain and simple.  Get over it.  You’re a millionaire many times over.  You could quit right now and be just fine.  Why do you have to hate on this kid?

In the words of Alec Trevelyan, “Won’t you just be a good boy and [let your career] die?”