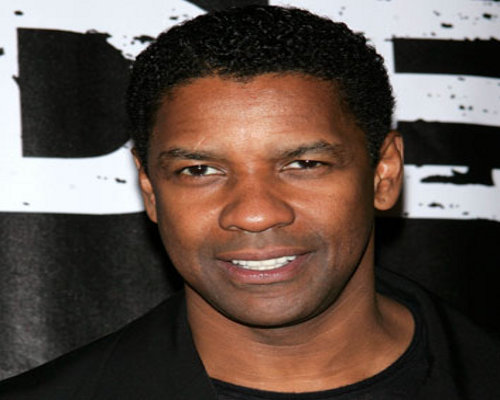 It’s been over a decade since Denzel Washington was dubbed the “Sexiest Man Alive” by People Magazine, but this dude is still working it.  Denzel doesn’t just workout so he can kick ass in movies like The Book of Eli or Man on Fire, though. He works out so he can live clean.

This approach to staying in shape has very little to do with looks and a lot to do with being healthy.  Many stars will talk about being “hot” and they’ll work out like dogs, but they’ll drink and smoke like crazy people. They’re hot, but they’re not healthy.  They’re fit, but they aren’t healthy.

Denzel is hot, he lives clean, he’s in shape, and he feels good.  His workouts give him the energy he needs to get through the day and take steps to make sure his system is as clean as it can be.

Staying on a Cleanse

Denzel’s trainer, Kacy Duke, has been noted for doing “lemonade diets” or “cleanses” a few times a year.  This form of cleansing keeps your system fresh, and allows it to recover quickly.

For the cleanse you’re basically living on freshly-squeezed lemon juice, water, maple syrup, and cayenne pepper.  Most people do it for about 10 days, but you could go as long as two weeks.

The main point here is discipline.  You can’t live clean unless you’re disciplined.  The first couple days might be hell, but when you start feeling better you’ll see a huge difference.  Denzel uses the cleanse to keep himself fresh, and you can too.

Combine two tablespoons of lemon juice, two tablespoons of maple syrup, a pinch of cayenne pepper, and about 10 ounces of water for your cleansing “potion.”  Try it out for a few days and you’ll see why Denzel looks so alive at 55. 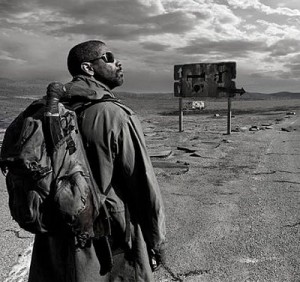 That will make anybody turn out very lean and very fit.  However, notice that Denzel started his day with cardio.  He found that it gave him the energy to get through the day.

Hitting weights after you do cardio is recommended by many because you are pumped up after running or doing some other kind of cardio.  But you don’t need to run if you don’t want to.

Denzel ran because he spends hours a day shooting a movie fighting people.  That’s nice for him, but you probably don’t film fight scenes everyday.

I bet your local gym has a boxing class or kickboxing class in the morning.  Wake up early, hit the gym, take an early class, eat some breakfast and head to work.  That combination mimics Denzel’s routine even if you aren’t a movie star.

If you don’t have a gym nearby you could always hang a punching bag or a speed bag in your basement. Punching and kicking the bag will raise your heart rate and have you feeling spent after an hour.

Either way you do it try to get some cardio in — your weightlifting will thank you. 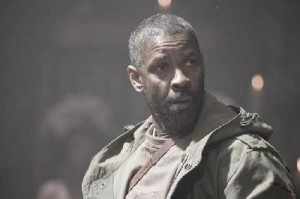 Denzel loves the weight room.  How do I know?  He’s said that he benches 315 lbs.

How do you increase your weight at the bench without hurting yourself?  I mean, if a slim guy like Denzel Washington can bench 315 anything is possible, right?

Lay down on the bench with your chest underneath the bar.  The bar shouldn’t be as close to your head as you think — this increases your leverage significantly.

Your neck and traps go on the bench while you arch your back slightly, and make sure you lift with a spotter or partner.

If you’re new to benching you will want to start with an empty bar, but if you’re experienced at lifting you should start with about a third of your max weight.  Consider it a warm-up.

Make sure that you keep your arms at a 45 degree angle to your body as you lower the bar down.  When you push the bar back up you should try to push the bar apart so you can lock out your elbows. Complete five reps before you add weight to the bar.

This tiered approach to benching allows you to increase your weight gradually and keep pushing your weight higher and higher.  When you hit your maximum weight you should only do one rep.  If you feel like you can go a little higher you should stick with one rep for each new weight.  This will keep you safer, but you still need a spotter!

In between each set you’ll want to stretch and keep your body loose.  Just laying on the bench and lifting for hours on end is not going to be very comfortable or productive.  The looser your body is, the better the results.

Add It All Up

Denzel Washington is 55.  55!  He’s starring in the new film Unstoppable in which he tries to stop a runaway train.  How many 55-year-olds do you know who can jump around a runaway train on camera?  Not many!

Cardio.  Weights.  Cleanse.  Keep yourself as clean as possible.  It’s a simple formula.  Don’t get too hung up on trying to adjust this routine to make it fancy.

The key is clean living.  Denzel wanted to make sure he didn’t have anything standing in the way of his health.  He says, ”I made a commitment to completely cut out drinking and anything that might hamper me from getting my mind and body together.”

Make the commitment to clean living and you can bench press 315 pounds at 55 too!  If you’re tired, or just tired of being out of shape, then do it Denzel’s way.