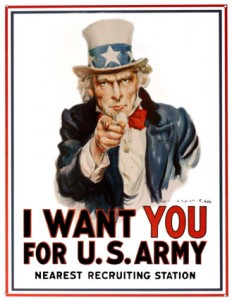 A new president has been inaugurated in the United States.  President Barack Obama offers new challenges to the nation and the world.  Those who are bound to duty regardless of their political affiliations must continue to serve to the best of their ability.  With the change in leadership a call to duty has been given out to all the people of the United States and the world.  This call to duty is to act responsibly and to bring about change for the good of the nation and world.  This is to be accomplished through hard work and a dedication to service.  Each and all of us must take heed of this call to duty and dedicate ourselves to this task. Many of you may ask, “What does this have to do with fighting?”  The answer is everything!

Fighters have long had the responsibility (wanted or not) of being leaders in the community and frequently have dedicated their lives to serving others.  The great warrior traditions, which gave rise to our modern fighting sports, were born of this idea of service to the community.  Ancient warriors put the community first and often sacrificed of themselves beyond what seemed humanly possible. The Shaolin, the noble warriors of antiquity and the modern day warriors of today’s military realized and realize that they have an obligation of service that is greater than all of their other duties.  Their codes of behavior such as the Chivalric Code, the Code of Bushido, the modern military’s Code of Conduct, or even the mythical Code of the Jedi called and call upon these warriors to dedicate themselves to service. This obligation to service keeps them away from their families and allows each of us the ability to sleep comfortably at night.  Fighters have always been at the forefront of change and have been reflective of the good in society.  Fighters have sacrificed when they were not entitled to the full benefits of society.  Joe Louis’s defeat of Max Schmeling demonstrates perfectly the idea of service and self-sacrifice.

The fighting spirit is born out of the idea of preparing mentally and physically to protect and help those in need.  So now those of us who love fighting sports must continue on in the fighting tradition of serving others and dedicating ourselves to bettering the human condition.  So the call to duty is ours.  This is our time to show the world that we have not forsaken the traditions of the past and still heed the call of the ancient warrior traditions.  We must now take our turn to heed the call of duty.