What This Really Means

This week in sports has raised a great many questions about parody in sports and I’m here to answer some of them. 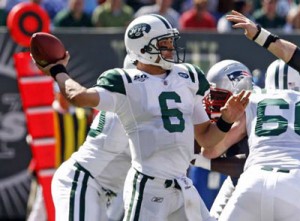 The Jets beat the Patriots…WTRM:  The Jets know how to win close games, Mark Sanchez is good, and New England doesn’t need to press the panic button.

The Falcons pulled out a win against Carolina…WTRM: The Falcons still know how to win tight games and if Jake Delhomme didn’t play so badly the Panthers might actually have a chance at winning something.

Oakland found a way to win…WTRM:   San Diego is NOT as good as advertised (they should have lost to Oakland), the Chiefs really stink, and Tom Cable might not be a total stooge (and Al Davis is still a lunatic.)

New Orleans put up 48 on Philly…WTRM:    New Orleans can score, the two NO/ATL games this season will be shoot-outs, Tampa and Carolina are screwed and Drew Brees is looking more like Marino every game (yes, and I predict the lack of a championship too.)

I was wrong about Garcia and right about Mike Vick…WTRM:   Mike Vick will probably start next week, he’ll have to run for a million yards to win the game, and Philly will still be pissed if they win.

Atlanta allowed 49 punt return yards all year last year and aren’t on track to stop anytime soon…WTRM:   The Falcons will make the playoffs based on special teams play more than their offense…which means New Orleans is also screwed. 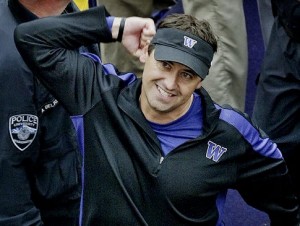 Cleveland stinks…WTRM:  Eric Mangini can’t just look sullen and win games (did you see that constipated look he had the entire game!?!)

It occurs to me that Seattle lost a game they should’ve won, but it doesn’t matter.  The NFC West is so mediocre that every team will be in the race almost all season.

Ever notice how Houston can score but can’t defend?  How long before they screw everything up and fire Gary Kubiak for a defensive coach?

I think Jay Cutler might have come in from the cold.  Pushing your team to beat Pittsburgh is no joke.

USC lost on the road again to a sub-standard Pac-10 team and I’m not surprised.  Maybe the Pac-10 is getting worse, or not?  I can’t tell.

Georgia Tech can’t run the ball fast enough to come back from a huge deficit.  I tuned in at a friend’s house halfway through the 2nd quarter and the game was already over.  As my friend tried to convince me they could come back I had to remind him {running the ball is a clock-killer!}

UGA and Arkansas almost scored 100 points and I don’t really think either team is that good.  I mean, Joe Cox is looking up, but that doesn’t mean he became this great player all of the sudden.  He looked good for one game.

BYU and Utah losing proves that rankings shouldn’t come out until October.  They were both too high and now everything is screwed up.

The same goes for USC.

Florida didn’t crush Tennessee.  I think that means Florida held back a little, but Tennessee can clearly recruit.  I heard someone asking today is Monte Kiffin has come up with a blueprint for stopping Tim Tebow, but I don’t buy it.  You have to have monsters to make those “blueprints” work for stopping crazy athletes.  This isn’t the NFL and it isn’t going to be anytime soon.

I don’t think Cal can hold on.  Cal does something cute every year and then they find a way to mess it up.  This year will be no different.

Ole Miss is rolling and I think Houston Nutt is laughing at Arkansas.  He just wanted to be able to build the program his way.  Arkansas fans didn’t know what they had and told him to kick rocks.  Now he has Ole Miss at#4. I’m not sure if it will last, but he can clearly coach.

Nebraska lives!  I like it when Nebraska is good.  It feels normal…like all is right with the world.  As if everything is in line.  Nice going Huskers!

Michigan kept its head and didn’t throw away all its momentum on a directional school.  Rich Rod has this Forcier kid running circles around opposing defenses…now if he can only keep him in school.

Back to Life, Back to Reality

Everybody from Utah (yes, even Boise State.  They don’t have a running back now.)

Green Bay after realizing they can’t stop the Bengals.

Cincinnati after Pittsburgh crushes them in a cathartic-frustration-releasing-tail-kicking the likes of which we haven’t seen since the sinking of the Bismarck.

UGA when they lose to Arizona State next week.

Down to the Wire in Baseball

The Yankees, Angels, Philly, Cardinals, and Dodgers all seem like cinches.  Detroit and Minnesota are going to fight to the death in the AL Central, and Boston and Colorado are probably winning their respective wild cards.

I’m going to take my own word as gospel here and make predictions.

The Sox over the Phils in the Series 4-2

Yeah, it’s that simple, but look at it this way.  The season’s already too long.  Why lengthen it with lengthy predictions?

The Week in Awards Form

Worst Prediction of the Week: To me, for assuming the Patriots and Packers could win their games when I knew better.  I knew the Jets could back up their talk but I took the safe pick.  I know the Packers have turned into a disappointment worthy of Brett Favre’s laughter and yet I picked them…why?!?!?!?!?!

Worst Face of the Week: To Eric Mangini.  dude that scowl doesn’t work on grown ass men with families.

Worst Play of the Week: Jake Delhomee throwing an INT to Chris Houston.  Next time why don’t you hold up a sign that says “I’m throwing the ball overrrrrrr heerrrrrrrrrrrrre.”

Worst Loss of the Week: USC throwing their season away against Washington.  Keep doing this every year and people are going to tire ofyou pretty soon Petey!

Best Win of the Week: Tie between Washington and the Jets.  Rex Ryan backed up his smack talk and Steve Sarkisian did something with nothing.  Congratulations gentlemen!  Please keep it up!

Best Gesture of the Week: Mark Sanchez seeking out Bill Belichick for a handshake after the Jets’ win on Sunday.  I don’t even think looked him in the eye and I’m pretty sure when the “handshake” occured they were at least 20 yards apart.  Bill you have no class.  Mark, you do.  I like you Mark.  Bill, we all know how everyone feels about you…

Best Play of the Week: The 3 minutes and 40 seconds Eli Manning spent dragging his Giants down the field for the game-winning field goal.  Complain all you want, but he’s got a ring to prove it…the boy is clutch.  He deserves every penny the Giants guaranteed him.  Think about it.  He was crucified in the media when he refused to go to San Diego because his daddy said “No!”, now look at him.  Who looks stupid now?

Best Predicition of the Week: To me for realizing Atlanta and New Orleans aren’t going anywhere.  The NFC East is the best division in Football (perhaps in sports) but the NFC South is the tightest.

Best Referee Look-Alike: To Don Carey.  I did a double-take when I saw him on Sunday.  I thought he looked like someone and then the broadcasters come on and say “Well, there’s Don Carey, Mike Carey’s brother.” I thought “Hot Damn!  I love Mike Carey!” Mike Carey is the best official in the whole league.  I know his name because I think he’s so good.  Now his brother has his own crew.  Sweet!  There’s hope for NFL officiating yet!  [Do you think we can get Mike and Don to do NBA games in their spare time?]

Best Post Game Quote: To Steve Sarkisian.  He said “We played hard.  I don’t know if we played any good, but we played hard.” I love that attitude!  Look out USC,  Stevey’s going to call Reggie Bush’s major “we gave him a house” violation and raise you work ethic.

A Conversation That Never Happened

Imagine Pete Carroll talking to Steve Sarkisian after the USC loss on Saturday.

SS – Thanks boss. I really appreciate everything you did for me.

SS – Pete,why do you think I left USC?  The weather in Seattle?  I was there when USC starting losing road games to crappy teams like mine. How long did you think I was going to put with that?

SS – I’d say no problem boss, but you know have to have something to hold over your head when I’m recruiting for next year and I beat you with the right players.  I know this wasa fluke, but now you’re screwed and you know it.

PC – My AD said I have to compliment you on national television.

PC – Yeah, I’m gonna hate it.  Curse you and your work ethic crap.  Next time just go out and recruit on the sly like everyone else.

That’s College Football coaches for you…