The Spirit of the Rules Must Prevail

The PGA Championship always seems to be the “red-headed step-child” of the four majors in golf.  It gets little play and it’s at the end of the season.

Then Dustin Johnson went to the 18th green with a shot at putting for the title. He missed the putt and had to wait to play a 3-hold playoff. But the PGA rules official tapped him on the shoulder — Dustin had broken the rules.

Well, that’s what the PGA says. I know there’s a rulebook for a reason, and golfers are given a “rule sheet” for every tournament, but the “spirit” of the rule was not enforced.

Johnson was assessed a 2-stroke penalty and was taken out of the 3-hold playoff that ultimately won Martin Kaymer his first career major title.

The PGA could have had more compelling golf on TV, and Lord knows they need it with Tiger in the crapper. We won’t just talk about golf and the stupid PGA rules because we’ll talk about the rules that make no sense in all sports.

The PGA Is “Rule Purgatory”

The rule Dustin Johnson “broke” was something no one would notice had he not been stripped of a chance to play for the title.  He “grounded” his club in a “bunker.”

Players are not allowed to “ground” their clubs in bunkers because that allows them to test the integrity of the sand.  This gives them an unfair advantage when shooting out of a bunker.

So, not only was he not in a bunker, but he was standing in a area where the gallery was hanging out all day.  I’m not sure how you can call this place anything but a disaster.

Moreover, how can the PGA expect a player to constantly refer to or memorize a “rule sheet” when they are trying to concentrate on playing a very difficult game?

The “spirit” of the rule is “Don’t give guys in bunkers an unfair advantage”, but the PGA enforced “This guy had no advantage so we’ll screw him in the name of fair play.”

It makes golf look stupid, and it makes people want to stop caring because they think golf is unfair. Who wants to play a game like that? 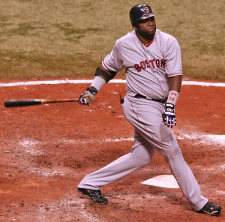 Because baseball is the most convoluted sport that a lot of Americans care about, the DH is always up for hot debate.  Let’s get right down to business.

The American League wants more offense and wants more homers flying out of stadiums.  The National League thinks pitchers are ball players and they need to bat like everybody else.

The DH is meant to keep pitchers out of harm’s way, but they have used it produce more offense.  Now pitchers are being destroyed on the mound while throwing 20 pitches to an extra “power hitter” who constantly fouls off balls and extends at-bats.

In fact, the AL has perverted the rule so badly that they think people want to watch four or five hour baseball games.  Meanwhile, the NL keeps games between two and three hours.

The DH made the AL boring because people just don’t have time in their lives for that s*&^.  All the years of the AL winning the All-Star Game and dominating the postseason blinded them to the fact that their TV numbers suck.

Baseball wonders why it can’t fill stadiums in the “dead of summer” when teams are playing meaningful games?  News flash!  Thinking you’ll have to sit in the oppressive heat for 4 hours is not appealing. The rule that produced offense in the name of “excitement” just bored the hell out of baseball fans.  Oops! 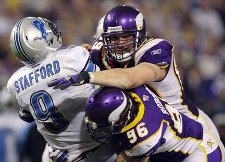 Alright, I think we can all agree that the NFL is the best-managed league in pro sports.  They market themselves better than everybody else and they keep themselves in the news cycle 24/7.

I agree that quarterbacks are the most marketable commodities in the league, and they are the leaders of their teams.  I also agree that having injured quarterbacks all over the place would hurt the level of play in some cases.

Unfortunately, these guys signed up for mega signing-bonuses knowing that big scary/angry men want to kill them.  So, if you get your ass beat down in a football game, that’s your own damn fault.

The spirit of the rule is “protect valuable players and keep guys from taking out their anger on a relatively small guy.”  I get that.

The enforcement of the rule says, “These guys are better than you so don’t touch them.  Basically, they’re writing your checks so stay off.”

Ever wonder why defensive players are so freaking aggressive with everyone else?  Because they can’t touch the quarterback.  You can bet your sweet bippy that running backs and receivers are getting pummeled inside because the defense is frustrated.

We could probably avoid dozens of injuries every year to receivers and running backs if just one guy got to smack down on one quarterback. Imagine how much less angry these guys would be.  There might be a lot more “routine tackling.”

The “routine tackles” turn into “all out war” when these guys don’t get to hit their main target.  Imagine asking a submarine to only torpedo the battleships and destroyers, but the aircraft carriers?  Nope, they’re off limits. Yeah, that makes no damn sense either.