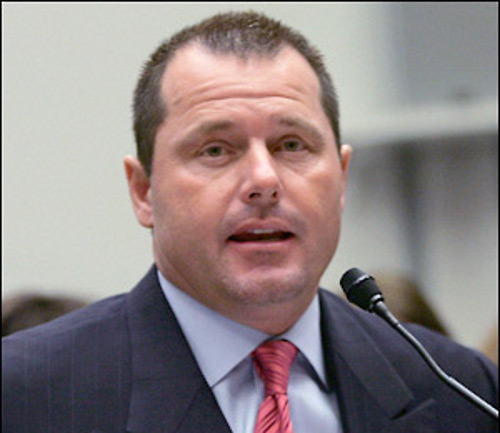 Reports have surfaced that Roger Clemens has been indicted for perjury.  Yes, the Feds are pretty sure they can bust Clemens for lying to a grand jury. This story isn’t just about Clemens, in my opinion.  It’s about anybody who just makes things harder on themselves by sticking to their guns instead of backing off.

Think about all the people who just won’t go away.  We’re not even talking about steroids here; we’re talking about people who need attention.  Roger Clemens fed off of the attention and now the federal government is going to bust his ass for lying about something he could have easily let go.

I know, some people want to read about Roger Clemens all day, but there are a few people in the news cycle who could do themselves a favor by just letting it go.  I’m not saying these guys are going to get indicted for being stupid, but they’d be better served by shutting up.

I know you want to know who else I’m going to pick, but let’s start at the top.  Roger Clemens is getting the “Dumbass of the Century” award here. 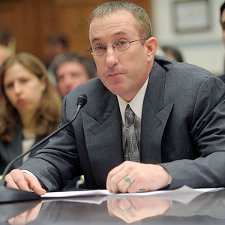 Roger Clemens got caught up in a scandal when Brian McNamee, his former trainer, said Roger was on steroids for a great deal of his “post Boston days.”  This was an affront to Clemens, but he couldn’t let it go, could he?

He left Boston when they thought he was “washed up”, won a Cy Young in Toronto, skipped out on them to join the Yankees, threw a bat at Mike Piazza, and got his ring.  He should’ve been happy, right?

How many times are celebrities accused of something they just shrug off?  Had he shrugged it off it may never have gotten this far.

Picture it…McNamee throws Roger’s business out there.  Roger tells everyone it’s bullshit, and McNamee calls him to say, “I want my cut, bitch!”

Roger has plenty of money and he just pays off McNamee.  The story of McNamee getting paid off would have NEVER had any legs.  Who could prove it?  And why would McNamee want everyone to know he took a payout?

Instead Roger ran his mouth and wanted to stay in everybody’s good graces.  He wanted to be everything to everyone in baseball.  Why couldn’t he just accept that some people wouldn’t like him?

He ran his mouth for too long and now the Feds are on his tail.  It’s already been alleged that Clemens was sleeping with an underaged Mindy McCready — but that’s a whole separate issue.

Roger Dodger, you should have shut your stupid mouth.  I kind of respected you as a player because of your comeback after Boston.  Now you’re just a retired baseball player with no common sense.

Ozzie Guillen Almost Had Me 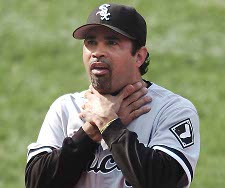 Ozzie Guillen is the kind of guy I can’t decide on.  Do I love him, or do I hate him?  He’s honest, but he sounds like a whiner half the time.  He’s a good manager, but he rubs everybody the wrong way.

Ozzie ran his mouth last month about how hard Latin-American players have it in the States.  I can understand that not speaking English and being in a new place can be hard, but really?

Your White Sox had won something like 35 out of 40 games!  Why do you need to start talking about something so pointless?  We’ve already forgotten than you won the World Series in 2005 because of your stupid mouth.

Ozzie, it’s your fault.  The moment Kenny Williams gets a brain and fires you we’ll all “get” the White Sox.  Hell, the talent won’t change so we might actually care the next time they win a championship.

It’s just a disservice to a great town like Chicago. 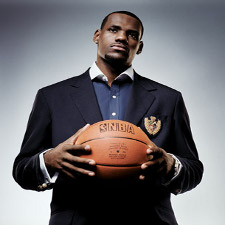 LeBron came out and said that he was making a list of all the haters who were talking about him.  I love this because it reveals even more about LeBron’s personality than the ill-fated “decision special” did.

He thinks that people honestly are not allowed to have a negative thought about him — ever.  He’s so used to being coddled like a little boy that he can’t take criticism and just “shrug it off.”  Sound familiar?

LeBron, please out me on your list!  I’m not sure what you’re going to do if you happen to win a title in Miami.  Are you going to point a finger at me?  Ooh, maybe you’ll write a nasty comment on one of my posts!  That would be so cool!

Oh, then can you go on national television and tell everyone I was wrong so I can get some free press?  You’ll look like a complete baby and our traffic will shoot through the roof!  I’m loving this idea already!

Hey, can we get the “list” read on ESPN or some big media outlet so we get the most exposure possible?  That way we know that people are totally paying attention!

Does anyone see how stupid this is?  Is LeBron really going to air his grievances with everyone who thought he made the move to Miami in the wrong way?  That would be everybody on the planet.

Then he went so far as to talk smack about Dan Gilbert in GQ: “I don’t think he ever cared about LeBron. My mother always told me: ‘You will see the light of people when they hit adversity. You’ll get a good sense of their character.’ Me and my family have seen the character of that man.”

Take a look in the mirror, baby!  You’re no better!  You could have let it go and only made ONE bad PR move.  Now you’ve made about 40.  The “decision”, the pep rally in Miami, the “list”, talking about “character,” colluding with other players while you’re under contract.

Shall I go on?

This is the problem with guys like Clemens, Ozzie, and LeBron.  They want everyone to agree with them, like them, and respect them, but they can’t accept that it’s impossible.

Instead of acting in a respectable way and just letting things slide they try to force us to respect them.

Gentlemen, you could have saved yourselves a whole lot of trouble by just keeping it to yourselves.  Really, we could have done without.