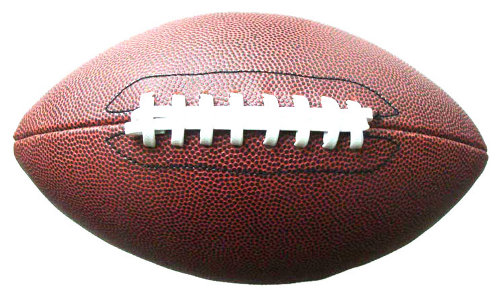 In the 14-games of week 6 in the NFL, 8-games were decided by 4-points or less. We had two overtime games, one team notching their first win, and a game in which Favre played in and he didn’t lose the turnover battle in a close finish. Really, no joke! All of this and much more as we have a smorgasbord of recaps and injury updates on the entire mouthful that is week 6 in the NFL. 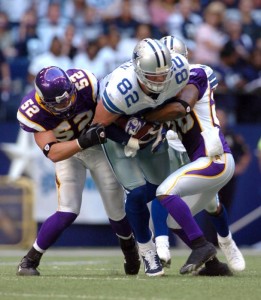 This game had the kind of desperation that only people on three different dating sites can relate too. Both teams entered the game at 1-3 with tough road games awaiting them.

Once again a Wade Phillips coached team proved that they can’t do the little things it takes to win football games. You know, like not get stupid penalties, not turn the ball over, and stop the big plays on special teams.

Somehow the Vikings managed to win with Brett Favre throwing for less than 125-yards. The biggest stat for him was no turnovers — he was credited with a fumble, but anyone watching saw that was Adrian Peterson forgetting the football. Also, Peterson had less than 75-yards rushing.

E. J. Henderson is my new hero. His poster is going on my wall in between my New Kids on the Block and Justin Bieber posters.

Here’s something maybe Cowboys fans can answer for me, Wade’s father’s name is Bum, so after a 1-4 start with a team projected into the Super Bowl by many, does this mean there are now two BUMS’ in the family?

I call him Big Pen instead of Big Ben, because the next off the field slip up may land him in the penitentiary. As for his return to the field, it was as expected, he returned a viable threat to the passing game, throwing for three touchdowns.

The biggest thing I took away from this game is that Colt McCoy, the Browns rookie starter at QB looked pretty impressive against the best defense in football.

Last week the Bears won the game despite Todd Collins throwing four interceptions. Why? Matt Forte got the rock and carried it for 166-yards and two scores.

Granted Jay Cutler didn’t throw any interceptions in the loss to the Seahawks, but when you follow up a week that Forte essentially won the game for you by giving him eight carries, you’re going to lose games. The Bears have limited receiving options and a top five running back, you do the math.

Hold off on Buying Stock

Just when I was about to buy into Kansas City or at least their defense they gave up a Madden video-game style second half to Matt Schaub.  I know that Schaub is the poor-mans Peyton Manning, but you shut down Manning the week before and many people thought the Chiefs were ready to deliver a statement game in Houston.

The Buccaneers showed their youth and resilience last week when upsetting the Bengals late in that game. This week they came out and got pounded by the Saints. The young Bucs have shown me that although they will be good, they aren’t right now.

Finally, the team a lot of people not including myself were ready to crown the best team in the NFC, the Falcons, got handled by the Eagles. You can’t win a bunch of close games against average or less than average teams in the NFL and be #1. In five starts Kevin Kolb has shown more promise than Matt Ryan.

The Detroit Lions are considered by most to be the joke of the NFL. They followed an 0-16 season with a 2-14 season and haven’t won on the road since grown men wearing Crocs and board shorts was cool – some might say that never was.

The Lions got robbed in week 1 on the Calvin Johnson TD catch. They lost by three to the Michael Vick show, played great against the Vikings and Packers, and thumped the Rams last weekend that just beat the Chargers. Another heartbreaking loss for Lions fans against the Giants this weekend makes them the scariest 1-5 team in history.

Will some Chargers fans please start the above .com business and I promise not to seek any royalties if it catches on?  I’m not entirely sure that the lack of success is his entire fault, though. I actually believe GM A.J. Smith is more responsible. However, if you’re going to fire Marty Schottenheimer after a 14-2 season, then you have to fire Turner after what will be a disappointing season for the Chargers.

The Rams are improved, but they shouldn’t be beating a team with aspirations of winning the AFC West and possibly playing in a Super Bowl. LaDainian Tomlinson has to love this, LT is dominating with the Jets and they are 5-1 cursing into their bye week.

The “Who Cares Bowl” Met Expectations 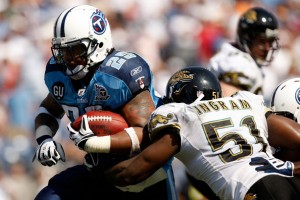 A Monday night game that only the Jaguars and Titans fans and possibly a few bookies cared about. It wasn’t like there was nothing to play for, the winner remained tied with the Colts and Texans atop the division at 4-2 and got a important division victory. Jacksonville seemed to never show up and there is nothing sexy about watching the Jaguars on MNF anyways.

Both starting QBs went down with injuries in the first half and both star RBs, Chris Johnson and Maurice Jones-Drew were like sports cars with flat tires, especially in the first half. The Titans defense came up big all night appearing to toy with Jacksonville.  The 30-3 finish in favor of the Titans echos the directions these two teams are headed.

The 49ers managed to get their first win of the season and it is still unconfirmed as to whether or not Mike Singletary had to drop his pants at halftime.

The Packers lost for the second straight week in overtime. Aaron Rodgers managed to make it through the game without furthering his concussion from a week ago. The bad news for them is the Vikings won and are now a game behind them heading for Lambeau next week.

The Patriots got their revenge on the Ravens for beating them in the playoffs last year. Tom Brady managed to throw for 292-yards against the Ravens without Randy Moss and Deion Branch played a big part.

The Jets managed to steal a win from the Broncos behind the resurgence of LT’s two TD runs. Tim Tebow scored his first rushing TD in the loss for Denver. 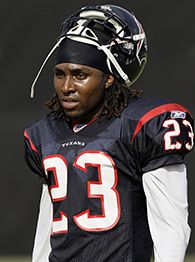 Dunta Robinson who was involved that car accident like collision with DeSean Jackson is questionable for Sunday’s game due to a concussion.

Tony Romo injured his non-throwing thumb and is questionable for next weeks Monday night match-up with the Giants.

The Packers lost another LB, Brady Poppinga. Their website reports he will have knee surgery Tuesday.

Colts RB Joseph Addai suffered a shoulder injury and it is questionable when he could return to the team.

David Garrard suffered a concussion in the loss to the Titans and is listed as questionable for next Sunday.

The Raiders QB Jason Campbell suffered a knee injury in first half against the 49ers and is questionable for next week’s game.

Michael Vick is listed as questionable for next week due to a rib injury.

WR DeSean Jackson, who suffered the brunt of the hit by the Falcons CB Robinson is listed as questionable.

San Diego TE Antonio Gates is listed as questionable for next week’s action and will undergo tests on his ankle this week.

Chargers WR Malcom Floyd is also listed as questionable with a hamstring injury.

In the trouncing of the Jaguars of Monday night Vince Young suffered a strain knee. According to the teams official site his return is questionable.

Redskins TE Chris Cooley is listed as questionable after suffering a concussion in the loss to the Colts.

Please be sure to check out the Couch Potato Blitz every weekend for picks, predictions, and fantasy advice. Also feel free to ask me questions or tell me I’m an idiot via Twitter.