Singer-songwriter John Mayer has been caught using human growth hormone (or so he would like people to believe he is using HGH). He was photographed by paparazzi exiting a medical building with a white paper bag with “experimental growth hormones 2x daily” handwritten on the outside of it and signed presumably by a physician (”Johnny’s a growing boy,” June 12).

The consensus is that this is a joke. Whereas many entertainment stars linked to performance enhancing drugs have denied and distanced themselves from such news reports, it appears that John Mayer wants everyone to believe he is using performance or cosmetic enhancing drugs perhaps to look better for girlfriend Jennifer Aniston.  Certainly, the North Bedford Drive address is ground zero for the cosmetic medical “needs” of the Beverly Hills rich and famous clientele. At any rate, Mayer is trying hard to start some rumors. 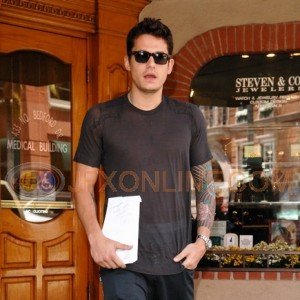 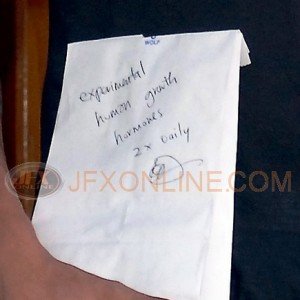 Pump & build muscles in months with BuyTestosterone.Net
Sidelined By A Minor Injury, And What I Plan To Do About It
Why Steroids Should Be Legal…..
Steroid Alias List / Steroid Names