We’re sitting at home last night and my wife turns to me and says, “When did Marky Mark go from the Funky Bunch to respected actor? How is that even possible?”

Honestly, I don’t know the answer, but from “Good Vibrations” all the way to “The Italian Job,” “The Departed,” and “Max Payne” he’s been ripped. Remember when he was just some dude with no shirt in his music videos? Man, now I sound old.

Today, he’s putting his physique back in action with a turn in “The Fighter.” If you’ve seen the trailers it’s pretty obvious stuff. He plays a boxer, but in the trailers he looks like he did nearly 20 years ago. It kind of took me by surprise, but he’s never been out of shape. So, I started wondering what it is he does.

This can’t be secret, but it sure does work. 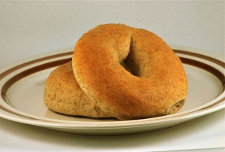 Mark’s diet isn’t unlike the diet of other people who are ripped. He focuses on protein, drinks plenty of water, and he eats a few small meals a day. That’s not a surprise at all.

That’s the best part about his diet. He’s not swearing off anything. He just has a rule about when he stops eating carbs. I’m sure that he eats little (in any) refined foods, fast food, and junk. That’s not the point.

The point is, he took a sticking point in many people’s diet plans (carbs) and put them in their place. Obviously, carbs are a good thing to do this with, but you could make one of these rules about anything that you have issues with. Sugar, liquor, etc. Not a bad way to keep yourself in check if you asked me.

Since we’re talking about “The Fighter” it makes sense that Wahlberg boxes as a part of his routine, but he boxed long before “The Fighter” was ever in the works. He just likes the challenges it brings.

Remember that he grew up in a bad neighborhood with lots of violence where boxing wasn’t just a workout but a method of self-defense. You don’t have to think of it that way if you don’t want to, but it sure helps if you’re in a bind.

He put a boxing ring and gym in his house just so he could get the most out of his workouts. He makes a great point when he says, “Boxing is one of the toughest workouts you can have. I feel like if I had to run a marathon, I could.”

If boxing gives you that much energy you could do anything afterward. It doesn’t matter if you’re doing two years of training for a movie like “The Fighter” or if you’re you’re just trying to stay in shape. Boxing can make a big difference.

Plus, as Wahlberg points out, you can really let off some steam punching a bag or sparring with one of your buddies.

Mark Wahlberg lives on weight training. In fact, he does weights after he gets out of the boxing ring. This is just another example of how you can use cardio to make your weight training more effective.

He feels energized after getting done in the boxing ring. Remember, he said he feels like he can run a marathon after a good sparring session. That means you can probably lift some monster weights after some time in the ring too.

I don’t think his weight training is a revelation, but after 45 minutes in the boxing ring it’s probably best to come up with a weight regimen you can stick to.

He works one muscle group per day. Perhaps you go arms on Monday, chest on Tuesday, back on Wednesday, and legs on Thursday. Take a break for a couple days and start the process all over again.

What’s interesting about Wahlberg is that it isn’t enough for him to just weight train. He supersets everything and doesn’t rest. For some of you who believe in resting between sets you might want to “go Marky Mark” for a day and take no breaks.

I wouldn’t recommend doing this all the time if you aren’t comfortable. It’s one thing to pretend to “go Marky Mark” and hurt yourself because you weren’t comfortable with the routine to being with.

It’s quite another thing to know going into it that you really want to do this and then you bust it out once or twice a week. Just use your better judgment, then see how you feel after the workout. You’ve seen the man’s biceps. He must be doing something right.

Ah, But There’s a Twist

He wears a 35-pound weighted vest when he does his weights. Yeah, a 35-pound vest. Why would you do such a thing? Easy, to kick your own ass even harder.

This is a guy who’s done his own stunts in movies. He’s lived on some pretty mean streets, and he knows what he wants out of himself and out of his routine.

He’s got young kids and doesn’t want to waste any time when he’s hitting the stacks. When it’s done it’s done. Some people might recommend doing a couple routines a day, but this guy goes right from the ring to the weights without a break.

He wants to maximize his time with his family because he’s already busy enough. If you’re looking for a routine that will give you the most burn for the least amount of hours spent you might want to do it Mark’s way.

Hit the gym early, go straight to the weights, go to work, spend the rest of the day at home. It sure beats the hell out of working out all day after work and not going home to your family.

Marky Mark’s got the right idea.