Jay Cutler, I Hate You More

Jay Cutler, I Hate You More 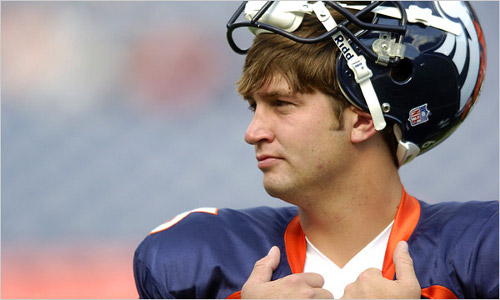 Jay Cutler, where do I even begin with you?  You were all talent coming out of Vanderbilt.  Vanderbilt!  If you look up Vanderbilt in the dictionary here in the South the definition is “loser.”

So, Jay comes from Loserville and gets drafted by a desperate team looking to replace John Elway.  He turns out to be pretty good, but temperamental.  He’s thrown for over 3,000 yards in each of the last three seasons, but those yards come at a price.

He’s got a mouth, he isn’t afraid to use it, and all that yardage doesn’t always add up to numbers in the win column.  He’s 24-29 as a starter.  That mouth, that temper, plus that stupid attitude loses games for his team.  His head isn’t on straight and it’s obvious.

After a few years of being a total dumbass with a ton of talent, Cutler was heading for my list of stupidheads.  So, I penciled him in.

“A Brief, Shining Moment … and Then That Mouth”

Jay is only one step away from screwing up this entire season — just like he’s screwed up all the other ones.  That’s why I hate him more than Alex Smith. Smith is a loser with no potential — Cutler has the potential, but he doesn’t want to use it.  He’s that guy you knew from school who was really smart but also a total jackass.

So, when you see him later in life and he’s successful you hate that.  Why?  Because the a**hole doesn’t deserve it.  All the people he’s stepped on.  All the ears he’s burned with his stupid yapping.  It just pisses you off.

Jay Cutler is no different.  Let’s say he wins a Super Bowl for Chicago in the next three years.  When he gets himself run out of town after that NOBODY in Chicago will thank him for the Super Bowl — NOBODY!  They’ll find someone else to praise because he’s just that damned unlikable and unpredictable.  I’m tired of trying to figure out which Jay Cutler is coming on the field every week.

Bears fans will build a statue of fired man walking — I mean Lovie Smith — before they wear a t-shirt with Cutler holding the Lombardi trophy.  He’s that big a heart breaker in the making.

Every Bears fan on the planet will tell you they’d take Cutler over Kyle Orton or Rex Grossman, but Grossman took them to the Super Bowl and didn’t leave on bad terms.  Cutler can do both and likely will.  He’s just that stupid.

So, I’m not picking Bears games anymore because it isn’t worth it.  I’m not even entertaining the idea that the Bears can play football until Jay Cutler shows me that he is more mature than a 9-year old.

Since I don’t think that’s coming anytime soon I’ll just stop watching the Bears and hope they go away.  Far, far away. Maybe they’ll take Cutler with them.