How To Live a Healthier, Longer Life

How To Live a Healthier, Longer Life

Human beings have long searched for the answers on how to live a longer life. At one point we even thought there was something that could restore your prime—the Fountain of Youth. If we could only ask Juan Ponce De Leon how that worked out for him.

To my knowledge the closest thing we’ve found to the Fountain of Youth is plastic surgery. You can get your lungs, heart, and even brain tucked or lifted to my knowledge. However, we have been setting records for the length of how long people are living.

The U.S. Census Bureau reports show there are 500,000 centenarians in the world —almost 100,000 reside in the United States. This was shocking news to me since Americans suffer from the fast food epidemic.

Researchers expect these numbers to grow, the Census Bureau projects by 2050 there will be 1.1 million centenarians in America by itself. Boston University predicts there will be more than that—estimating about 3 million baby boomers will live into their hundreds.

What are some of the secrets for living to be 100? Obviously not smoking or drinking like a fish, but what else? Experts believe equal parts are played by family history and the way you live your life.

Exercise Years on Your Life

Researchers showed that people who get three hours of exercise a week have had younger DNA and cells by nine years. The studies were conducted on 1,200 sets of twins to support the aging of DNA in inactive human beings.

They studied the telomeres, which are the protective ends of the chromosomes that shorten with age. Telomeres are one of the most important factors in studying the aging process by correlating the shortening process with amount of exercise and activity someone gets.

Dr. Eric Rackow, a professor of medicine at New York University, puts the keys to life quite simply: “If you want to be 101, you have to live an active life both mentally and physically, and you do not want to be overweight.”

Even something as easy as walking five days a week for 30 minutes can increase your life expectancy by up to three years. Dr. Oscar Franco has conducted studies and he too thinks having an active life style is the way to go.

According to Franco, “Three years of extra life: It’s a very clear message that makes it easy to grasp what might be the consequences of a sedentary lifestyle.”

Three years may not seem like a long time now, but if you can avoid health complications at the end of your life by walking or exercising then it is definitely worth it. 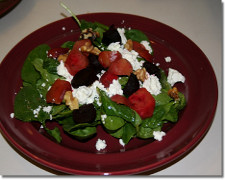 Many young people eat or don’t eat certain foods because they want their body to look a particular way. It isn’t until people age and suffer health complications that we finally find out what is good for us, and essential for long term health.

Make sure to eat vegetables, fruits, and nuts. They are healthy important parts of the diet that most people don’t get enough of. Eating less red meat and more fish and chicken has proven to be beneficial for keeping people healthy.

Daisy McFadden, will be celebrating her 100th birthday this coming November and she claims that her eating habits have played in to her long life. For many years she has eaten oatmeal, cranberry juice and a banana for breakfast. Most often McFadden follows that with a salad for lunch—beets, cucumbers, tomatoes, and chicken or fish. For dinner it is usually steamed vegetables and some sort of lean meat, capped off with fruit for dessert.

McFadden’s doctor, David Prince, tells us that we don’t have to eat like this for every meal for the rest of our lives. It’s ok to give into temptation once in awhile, but there is one thing we must remember, especially Americans.

Prince says, “It’s important not to feel deprived.  Have a treat once or twice a week, but maintain portion control. The simplest rule is to split what you like with a friend.”

According to NationMaster.com, America is the most obese nation in the world.  This statistic can partially be attributed to the fact that we don’t eat enough natural or slow foods, the fast food industry, and portion sizes.

Okinawa, Japan is known as “the land of the immortals” and for good reason.  They have the highest concentration of centenarians in the world—457 persons over the age of 100 in Okinawa.

It is said that a big reason why they live so long is the traditional Okinawa diet.  They eat seven portions daily, mainly consisting of low calories and a high concentration of vegetables.

7 portions of vegetables and fruits

Of course it’s not good for anyone to abuse alcohol on a regular basis. Dr. Prince supports a study that shows two to three alcoholic drinks per week can extend your life expectancy.

Dutch researchers suggested that drinking can increase your life after following 1,373 men for more than four decades. Men who had about 20 grams of alcohol daily (equivalent to a half a glass of wine) had 2 ½ years added to their life expectancy at age 50.

Half a glass of wine a day may add five years. 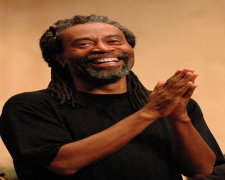 One thing people forget and underestimate is the benefits we can receive from living a stress free life. Spending your time with people who are relatively upbeat and optimistic about life will help you to live the same way.

Optimism is not guaranteed to work, but what do you gain from dwelling with negativity on something that may be out of your control?

Surrounding yourself with great people and remembering the importance of laughter and love will help you to enjoy generations beyond your wildest imagination.

McFadden provides us with one of the greatest quotes I’ve ever heard and also a great attitude towards life. “I don’t fear age. If you don’t get old, you die young.”