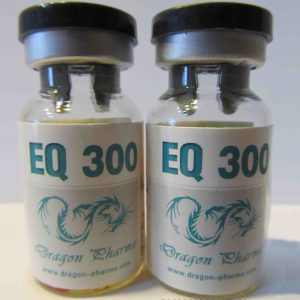 I have decided to do a brief profile on some of the more known and used steroids.

I wanted to start with EQ because though it is popular, there is not much info on it as far as medical trials and it’s effect on humans,  mainly because it is specifically made for horses, the reason for the name Equipoise .

Equipoise – Boldenone Undecylenate is a very common veterinary anabolic steroid, derived from Testosterone, known for it’s ability to increase red blood cells, like many other steroids.

Though Boldenone’s effects do vary from person to person, but for the most part it is a great bulking AAS. This is for many reasons, the most common other then it’s muscle building attributes, is the effect it has on appetite.

EQ increases appetite quite significantly in most cases, this is great especially in athletes who have a hard time putting on weight, this allows for more calorie intake combined with an increased ability to train harder, and gain muscle quicker.

This becomes a great combination and this is the main reason for the popularity of EQ.

The ester in Equipoise (undecylenate) is a long ester that is comparable to decanoate, but is slightly longer.

This also comes in handy for the athlete with weight gaining issues. Eq is consistently compared to Deca, knowing that Deca is one of the most popular steroids available and this is why we have seen a vast increase in EQ’s popularity.

The one upside to EQ over Deca, is increased muscle hardness.

This can help with increased lean muscle gain (though some do retain water with EQ at higher doses, like I said it will vary from person to person).

The best characteristic of EQ (in my opinion) is that it is a mild steroid and though there are possible side effects, they are not as likely or as pronounced as other AAS. This allows for higher doses to be used with less issues.

But higher doses are not needed, so use this compound wisely.

Like anything else if you use too much early on, you will have to use even more later.

My final over view is, Equipoise is a great compound, mild effective, and useful.

It is great for bulkers, and I even use it for a lean mass cycle because it doesn’t effect my hunger too much. Effective dosing ranges from 300 mgs – 1600 mgs a week, I suggest starting low and seeing what it does, also allow at least 12-16 weeks for a cycle with EQ. I think making a short ester version of EQ would be great for lean mass, and cutters, because of it’s hardening qualities.