Don’t You Just Want Someone To Draw You a Picture?

Don’t You Just Want Someone To Draw You a Picture? 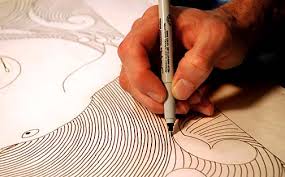 Sometimes I wish someone would just draw me a picture. I mean, we’ve got Hockey, College and Pro Football, College and Pro Basketball, the Olympics around the corner, we’re giving out postseason awards in Baseball, the BCS is about to be screwed, Allen Iverson just decided he doesn’t feel like being a reserve, Syracuse lost to Lemoyne (whoever that is), and the NFL makes no sense. Let me show you how ridiculous this mess is…

Here’s a “real” power ranking from this week (not mine, on the left) and mine (on the right):

These are the only 10 teams in the WHOLE LEAGUE that are riding high right now. Trust me, I tried to think of some more and I couldn’t. I’m not saying other teams are bad, but these are “riding high” and that means we have a Top 10 and then a whole bunch of guesswork in the other 2/3 of the league. 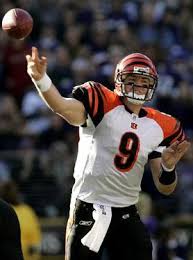 You might ask why I have the Bengals about the Vikings. Well, would you pick the Vikings to beat Cincy? The Vikings aren’t bad, but they’ve been lucky a couple times. The Bengals…no luck there…they just beat you. You might even ask why I also have the Steelers ahead of the Vikings. Once again, the Steelers haven’t been lucky…they hit their stride. Why do I have the Broncos ahead of the Patriots? Because I don’t buy it. I’m not buying whatever New England is selling. It’s like in “Cadillac Man” when the nutso runs into the dealership with the gun. Well, I’m the nutso and the Patriots are Robin Williams hiding under a desk. 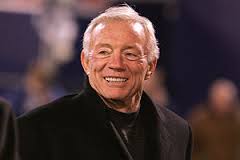 What about the Cowboys? Where the hell did they come from? When did they decide to be this good? I wasn’t buying their crap for the longest time, but now I really believe that Wade Phillips was named the interim coach in secret by Jerry Jones and the Cowboys got good really quick.

The Falcons don’t seem like a team that is “riding high” since they went out on a great start and then lost two in a row. After that they beat the Redskins (which is not really an accomplishment, it’s more like scraping the bug off your windshield with your wipers. You didn’t really do anything; you just pressed a button for goodness’ sakes!) So how do they end up in the Top 10? There’s nobody else to take their place. Remember in “Live Free of Die Hard” when the kid asks Bruce Willis why he does this hero stuff and Bruce says “Because there’s no one else to do the job.” Yeah, there’s no one else to be #9, so the Falcons are. 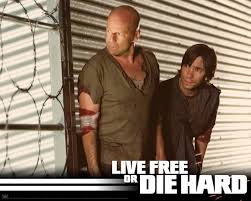 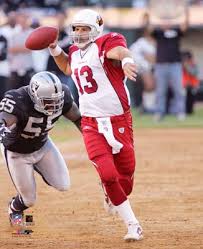 Then the Cardinals at #10…where did they come from? Kurt Warner is really old, we thought they were having the typical “Super Bowl Loser Crap Season” but they’re doing just fine and they’ve jumped ahead of my beloved 49ers in the NFC West. There’s no explanation other than…it’ll all get screwed up this weekend when we play more games.

We already know that College Football is about to get really crazy, so we don’t have to go over all that drama again, but let’s go ahead and look at one game that could really turn this whole thing upside-down.

Alabama plays Mississippi State, at night, in Starkville, just a couple weeks after Miss. St. almost beat Florida. This one is ripe for the picking. 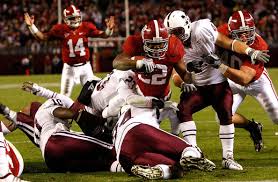 Head Coach Dan Mullen spent the last few years at Florida and what did they do more often than not? Beat Bama. What do we think Coach Mullen has on the brain? Beating Bama? Look at the state of mind for both teams. If you’re Bama you’re trying really hard not to lose because you’ve got to get to the SEC Championship Game in tact. If you’re Miss. St. you don’t have that kind of pressure on you, you have no really expectations on you, so you can go out, play loose and do some damage in the BCS. Tyson Lee needs to put together the game of his life to overcome Greg McElroy and Mark Ingram.

Let’s face it, you can beat a team with two Heisman candidates on it (Texas beat USC in 2006, but they had Heisman finalist Vince Young…actually, come to think of it, he probably should have won the Heisman, but they vote for it at the wrong and that’s a whole other column altogether) but you have to have a perfect game (a game Tyson Lee can have by the way…if Bama’s defense doesn’t kill him first.)

The key is pass-protection for Miss. St. and the key is the pass rush for Alabama. The Tide takes that away and they’ll win 45-7. If they let Tyson Lee stand there all day and throw little dump passes and hitch routes and they might only win 27-24 (or they’ll lose and that would be fun for a sports writer like me!) 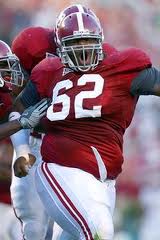 Bottom line:  Terrence Cody has a good game and it’s over…he has a so-so game and Tyson Lee has a chance.

Tell me that isn’t fascinating!

Florida has South Carolina, but who really thinks South Cackalacky can beat the Gators?

Texas has Baylor. I know Baylor is “resurgent” to a point, but they won’t beat Texas…scare them maybe, but not beat them. I know I talked all this smack about Texas, but I never said Baylor would beat them, but I bet the heart attack rate in Austin will shoot up this weekend (and every weekend hereafter.)

Boise has Idaho and I know the school mascot at Idaho is “The Vandal” but I doubt highly that they can “Vandalize” Boise. {Speaking of which: Does anybody even know what a “Vandal” looks like? I mean is it a pimply teenager with a spray can? Or is it a hungover dude who’s perpetually turning around to pee in someone’s lawn? I know, maybe it’s a guy dressed in all black who tip-toes around like he’s in the old Pink Panther movies. 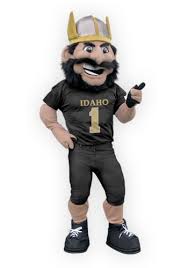 Nope, it’s a Viking. “Joe Vandal”, as they call him in Idaho, is a Viking in street clothes. Didn’t they think this made their team look a little bit like, I don’t know, Halloween costume wannabes?

Have you ever seen the Minnesota Viking? That’s a big scary dude with long blond hair, a gnarly look on his face, he’s probably got like 50 tattoos and, as far as we know, he just got back from pillaging some small municipality outside Minneapolis. Now THAT’S a Vandal…not Joe Schmo Vandal. Now we know why Idaho will get destroyed on Saturday.}

I suppose the best part of College Basketball is the bracketing every guy does for the tournament and the whole “bracketology” movement where there’s a preliminary bracket out right at the beginning of the season. So, I drank the Kool-Aid and read a preseason bracket this morning and discovered that Kentucky, Kansas, Michigan St., and Texas will be #1 Seeds. That all sounds great, but we’re forgetting a few things: 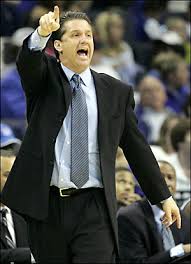 – John Calipari doesn’t turn around programs in year one…even he takes time (what with his recruiting scandals and what not. Do you know how long it takes to find someone to take the SAT for a kid?)

– Where’s North Carolina. I’m not a Roy Williams fan, but I’m not stupid either.
– Since when did Rick Barnes decide he was going to be consistent enough for long enough to hold a #1 Seed?
– Kansas is nice, but that doesn’t mean they automatically go straight to the top.
– I really like Tom Izzo, but it’s usually an uphill climb for the Spartans so why would you put them at #1 when you KNOW it’s more complicated than that?
– Is Xavier like the token #8 team now? I mean, should we just automatically pencil them in at #8 and be done with it? If I were over there I’d be pissed that I got so overlooked in the PRESEASON that I’m an 8 seed in a fake tournament.

– Giving Georgia Tech a 6 Seed makes no sense since they haven’t done anything in a couple years and Paul Hewitt is on the hot seat. I know they got the Favors kid to play the point, but is that really enough to take them from missing the tourney to being in at #6? (That means you get an 11…are they worthy of a #11 opponent?)
– Tennessee pulls a 3 seed for what? Sagging at the end of last season and Bruce Pearl making an inappropriate clan reference? That ain’t enough. 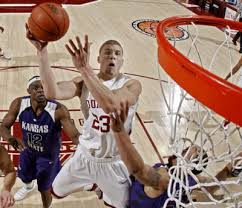 – Oklahoma pulls a 5 after they lost Blake Griffin. Wasn’t he running the whole team last year? I like Jeff Capel, but they could miss the tournament.

– Butler pulls a 3 Seed and why? Because they’re Butler and we expect it now. They need to change conferences immediately.
– Michigan pulls a 4 and Louisville pulls a 5 Seed. Explain to me how that works. I forgot that Michigan even played Basketball and Louisville is coached by a hall of Famer…how does Louisville get slighted in the PRESEASON? I don’t get it.

I know all of these questions will be answered when we actually play some games, but this whole thing makes no sense. I can’t wait to see how right I am about some of these (and how intensely wrong I’ll be about others.)

Allen Iverson decided the other day, apparently, that he doesn’t want to be a reserve anymore.  It’s about more than just accepting his role at this point in his career.  Stay tuned Friday for the argument for Allen Iverson…from the General. 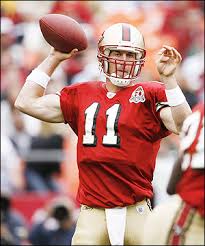 This Thursday Chicago and San Francisco hook up for a Thursday Night NFL Game.  Since it’s not everyday that we get one of these I wanted to make sure to cover it.

Chicago basically is slumping and San Francisco WAS playing well and now they’re slumping.  Both teams are in a “must win” situation and both teams are getting pretty desperate.  The 49ers give up another game to the Cardinals and they can kiss the Division goodbye.  Chicago  already kissed the Division goodbye and they can only PRAY for a wildcard (which probably isn’t coming.)  At the end of the day I don’t see how the 49ers will lose.  Chicago’s defense stinks now and that’s a fact.  Alex Smith SHOULD have a good day.