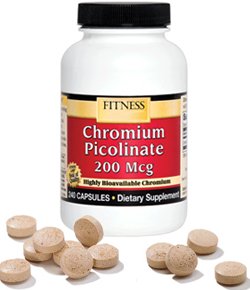 Cortisol and Your Body

High cortisol levels not only affect the metabolism, but also lead to insulin resistance. When the level of cortisol rises, the muscles become less sensitive to the effects of insulin thus making a person resistant to insulin. Insulin is an extremely vital hormone that allows carbs and amino acid, as well as creatine, to enter into the muscle cells, furthermore, initiates an essential step in the process of muscle protein synthesis. Insulin binds to receptors found on the surface of muscle cells. However, cortisol interrupts the process of insulin binding by making these receptors less reactive to the process. Consequently, it prevents the easy entry of carbs, amino acids, and creatine into the muscle cells. In fact, it thwarts muscles growth and causes muscle breakdown. Moreover, it directs the body to produce higher amount of insulin, and can cause excessive fat gain, and Type II Diabetes.

Luckily, there is a simple way to help control cortisol for athletes — take chromium. Chromium is an essential mineral that is mostly known for its ability to encourage fat loss and help muscles and other tissues extract nutrients from the bloodstream by supporting the effects of insulin. There is evidence that chromium may be able to lower cortisol production and reduce its negative effects in the body.

Chromium also facilitates insulin sensitivity by interacting with insulin muscle receptors, and permitting muscles to respond better to insulin This, as a result, promotes the uptake of carb, amino acid and creatine, and in general, the growth of muscles for athletes.

A study conducted by a British research team concluded that those who are supplied with chromium produce far less cortisol than those who aren’t. The research involved subjects being supplemented with chromium or placebo for seven to nine days. Each subject went through an experiment test which leads to elevated cortisol levels before and after the supplementation period. The result showed that there was a huge difference between the cortisol produced by the two set of groups, those being supplied with chromium producing much less cortisol.

The food sources that contain traces of chromium are Broccoli, grape juice, tomatoes, mushrooms, cheese, black pepper, whole grains, brewer’s yeast and some meat. But since the chromium supplied through diet are poorly absorbed, it is better that athletes take chromium supplement, such as chromium picolinate.

How Much Chromium Do You Need?

Increasing the daily supply of chromium intake helps you strengthen your muscle’s ability to make use of growth-building nutrients to their fullest potential, and fight the negative effects of cortisol. Chromium can also be used to reduce production of cortisol while training and heavy-lifting.

The appropriate dose for an athlete is 200-400 micrograms of chromium picolinate with food in one or two doses. However one dose should be taken immediately before training so that it will have time to digest and be available immediately after workout. This will help minimize the adverse effect of cortisol can have on testosterone and make best use of its anabolic properties.