Can Anything Good Come from Aspartame?

Can Anything Good Come from Aspartame?

We live in a society where most of us are at least trying to be health conscious. Many wake up in the early hours of the morning to an exercise routine or go to the gym during their lunch hours. Their aim is to be toned and physically fit. This is encouraged. But many people also include cutting back on fat, calories and sugar and replace the standard products with foods that are “sugar-free.” Today this is trendy, and seemingly smart.

While your diet soda may be free of sugar and calories, just what does it contain? Is it actually better for you? It is worth finding out.

Discovering the Truth About Artificial Sweeteners

On the back of the product label of the sugar-free foods you are eating, read the ingredients. Most likely you will find saccharin or aspartame, also labeled E951, on the list. What do we know about these ingredients?

In the 1970’s saccharin became the artificial sweetener of choice, and by the 1980’s it was placed on a list of the Food and Drug Administration (FDA) to be scrutinized, as it was proven to cause cancer in rats. But in 2000 it was de-listed as the tumors in the rats are related to a mechanism that is irrelevant to humans. Thus, there is presently no reason to be concerned about saccharin as the evidence is left wanting.

In the 1980’s as saccharin was being debated, aspartame made its way into the marketplace as the ideal sweetener replacing its evil twin. There are three parts to aspartame: phenylalanine,  aspartic acid, and methanol, or wood alcohol.

What it adds up to is this: they break down into diketopiperazine, and that is a carcinogen when it heats up. The body at 98.6 degrees allows this. At a mere 84 degrees, wood alcohol breaks down into formaldehyde. Are you seeing red flags? You should.

This percentage is staggering — sixteen times the FDA refused to approve this artificial sweetener. In 1974 a report was issued revealing that aspartame caused brain tumors in rats. So how did it make its way into the consumers’ hands?

Evidence shows that the then-manufacturer of aspartame, G.D. Searle and Company, manipulated a study to get accepted results. This can be found on Pages S5507 – S5511 of the Congressional Record dated May 7, 1985 if you are interested.
Aspartame Brings in Huge Money for Industries

Today aspartame is mighty lucrative, drawing in a billion dollars annually. A billion dollars. That’s a one followed by nine zeroes.  The medical system rakes in even more as test after test is done on patients. No one can pin any problem exclusively on aspartame. Consider also the pharmaceutical industry — they get to issue prescriptions to help assuage the symptoms of those suffering from aspartame toxicity.

Hawaii’s capitol, Honolulu, held a hearing to try to ban the use of aspartame in the state. Following is part of the testimony given at that hearing:

For Hearing in Room #16, 1:15 P. M. MONDAY, 02/25/08- “No doubt you will be lobbied by the big soda companies, the MSG using companies and others that use artificial sweeteners to not ban Aspartame. You must not lose sight of the fact that their sole motivation for you to not ban Aspartame is money and profits and most definitely not the health of the people. We, the people of Hawaii, can only hope and pray that you will focus on our health and not corporate profits.” 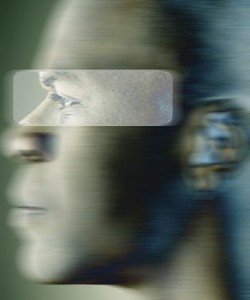 Marketed as a “diet aid,” aspartame affects the central nervous system in the function of the brain causing it to stop producing serotonin. A person is left feeling hungry, even after eating a full meal. Of all the food additive complaints received by the FDA, a whopping 75% were due and relating to aspartame.

It is outrage that the product is still in use. Some of these side effects are serious. There are many people who testify to feeling better a few weeks after they stop ingesting aspartame. These people were sufferers of serious, chronic illnesses after long-term exposure to aspartame.

To list a few: multiple sclerosis (MS), epilepsy, Alzheimer’s disease, Parkinson’s disease, hypoglycemia, and dementia. Sufferers were discovering that aspartame was the cause of their health problems on their own and educating their doctors. Sadly, many of the soldiers returning from Iraq have been diagnosed with formaldehyde poisoning; they were given sugar-free sodas during their time in Iraq.

What can consumers do to protect themselves? If you have one of the conditions listed above (or many of the symptoms) get to your doctor and get his or her opinion. If you are not satisfied, get a second opinion or do some research on your own. Naturopaths and health food stores are  great places to begin your search for information.

By all means, stop eating foods containing this dangerous food additive. It is known to be the most dangerous of any food additives currently on the market. A hair analysis will help determine what toxic by-products remain in your system. You can support your system while you detox from aspartame, too.

Once the poisons or toxins, the root of most health issues, are removed from the system, the body can begin to equalize, heal and balance. There will be some residue to eliminate and some nutrients and vitamins to replace.  Lead and mercury are among the illness agents that need to be removed from the body as they block nutrients, as well as oxygen, from getting into the system. This combines to make a perfect place for cancer cells to form.

Be an educated consumer. Take care of the most important thing you possess – You. Get the facts about the things that are being marketed to you. Not all the glitters is gold. In fact, some of it is poison.