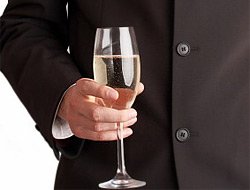 Results of a study conducted by a group of Australian scientists show that consumption of alcohol in moderate amounts can reduce the risk of impotence in men. Numerous previous studies in this area clearly demonstrated that high consumption of alcohol has negative impact on male sexual potency. However there’s the way to consume alcohol so that it’s beneficial to man’s health.

However, Kew-Kim Chew, an epidemiologist from the University of Western Australia, claims that small amounts of alcohol have opposite effect and protect men from development of erectile dysfunction. In order to demonstrate his correctness the specialist presents the results of an anonymous survey, which involved 1770 men from the western territories of the Australian continent.

Thus, according to the author of the study, the percentage of impotence among men who consume alcohol is 25-30 per cent lower than that of their peers who prefer purely sober lifestyle.