Would I Want My Son To Play Football?

Would I Want My Son To Play Football? 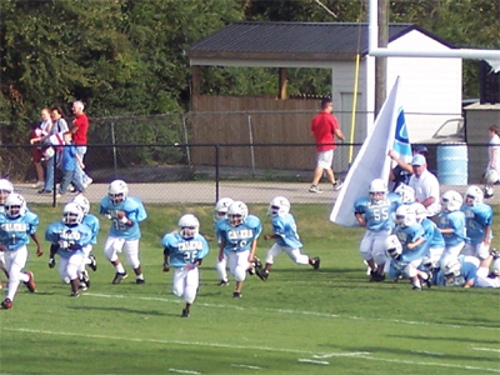 Last week John posed a completely fair question:  Would you want your son to play football?  Actually, it’s more like: “Would you let your son play football knowing he could get a multitude of concussions?”

Well, I’m really not sure, but I do know some things about the NFL.  I know how the NFL works, and I know how guys have played since 1983 (when I really started caring.)

Will the behavior of football players lead us to an answer?  I think it will!

Football players are easy to read even though they wear helmets and you can make clear distinctions from position to position.  We could just down a depth chart and figure this one out.

So, let’s do it!  Let’s read down the depth chart.

Quarterbacks Don’t Get Hit Very Much

Let’s set aside dummies like Akili Smith, Ryan Leaf, and Alex Smith.  They were dumb/crazy before they ever got to the NFL.  Sure, it’s possible that they may have had their brains bashed in in college, but I doubt it.

Look at a guy like Peyton Manning, he calls his own plays.  He’ll probably live to be one of the greatest coaches of all-time.  He basically runs the Colts. He also never gets hit.

The chances of Peyton Manning having a concussion are as good as me winning the lottery.  He’s one of the most savvy guys in the league.  He works his image perfectly and I’m sure he’s invested his money well.

His brother Eli isn’t much different.  Nor is Tom Brady or Donovan McNabb or someone like Tony Romo.

What about guys like Michael Vick?  He’s a phenomenal player, but he takes a lot of hit because he runs a lot. He also went to federal prison on dog-fighting charges.

Is it possible that his perception of the world and decision-making skills were diminished by a large number of blows to the head?  I’m not saying it did (and stop freaking out like I’m defending dog-fighting, I’m just positing a theory).

What about a stupidhead like Ryan Leaf?  He was a rough-and-tumble quarterback.  What if he took one too many shots in high school and college?  Did that mess up his mental faculties enough to make him ruin his career and turn his teammates against him?

Could be, but I don’t think this is enough evidence.  You could chalk this stuff up to smart vs. dumb, and that’s not enough for me. 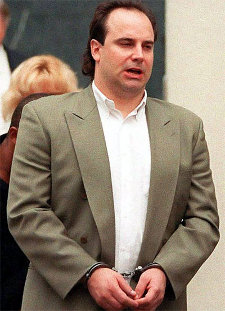 Art Schlichter was a rough-and-tumble quarterback who played for Woody Hayes at Ohio State in the late 70′s and early 80′s.  He developed a strong gambling habit while living in central Ohio.

He lost nearly $400,000 while betting on sports early in his NFL career.  After he was threatened by some bookies he handed them over to the feds and got suspended by the NFL.

Then, of course, he admitted that he was gambling during his suspension.  After his career he lost even more money and got convicted of multiple felonies in federal court.

So, he may have been completely messed up before he started getting knocked around playing football.  What if his football career only exacerbated the gambling problem he developed as a younger man?

We may never know.

Look at All the Defensive Guys with Problems 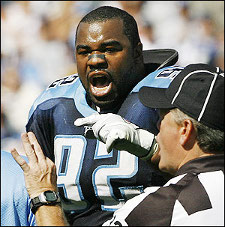 That brings us to the dudes who hit and get hit the most — defensive players.  Lyle Alzado, Brian Bosworth, Albert Haynesworth, we could go on and on.

Look at all the mayhem these guys have caused.  Bosworth is one of the biggest draft busts of all-time.  He could have changed the face of the NFL with his immense defensive prowess.

It would have been quite easy for Lyle Alzado to raise hell with the Raiders without also having very destructive habits that he said caused his own demise.

Albert Haynesworth just signed a $100 million contract last year and he can’t even get in shape or do what his coach tells him to do.  I know some people have a problem with authority but dang!

Who got arrested for propositioning a prostitute the night before the Super Bowl?  Eugene Robinson.  What side of the ball did he play on?  You guessed it, defense.

Once again, you could easily say this is just a basic lack of judgment, respect, or intellect.  That’s not really enough for me so we need to go farther.  This will sound like a stretch but bear with me.

Kickers Don’t Do Anything 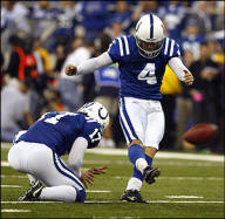 Name me a kicker — besides Jeff Reed who is just a dumbass — who’s been in trouble, ever.  *Play the Jeopardy theme in your head as you think.*

Nothing?  That’s right!  Nobody who kicks has ever given you a problem besides “wide right.”  Never.  It doesn’t happen.  The kickers on football teams could either be elected governor or need to go into witness protection.

They don’t do much!

So, is it a surprise that you can’t think of a kicker who’s ever been in trouble?  It shouldn’t be.

I’m not saying this lends credence to my theory, but I am asking you to think about it for a minute.  Maybe, just maybe, concussions screw with your brain so much that they will make you do crazy things.

And the more you have those concussions the more likely you are to act out like a maniac. Is it possible? Adam Vinatieri could have been elected Governor of Massachusetts after he won three Super Bowls for the Patriots, but was he more able because he doesn’t take any hits?

For Me, the Results Are Inconclusive

I’m thinking about it, but I don’t know that this kind of evidence would stop me from playing football or allowing my son to play football.  You see, football happens in all forms.

Pee-wee and Pop Warner football may only make the situation worse.  I remember a day when there wasn’t youth football on every corner and kids weren’t getting popped and six or seven years old.

I don’t think I would stop my son from playing football in high school.  Why?  Because at 15-18 he will know pretty darn well if something is wrong and we can act on it.

However, if he learns from an early age to deal with the symptoms of concussions he’ll never tell us he’s hurting and we might miss it altogether.  Is that why concussions are becoming so devastating?

Only time will tell.