Welcome to The General…With Week One NFL Picks

Welcome to The General…With Week One NFL Picks 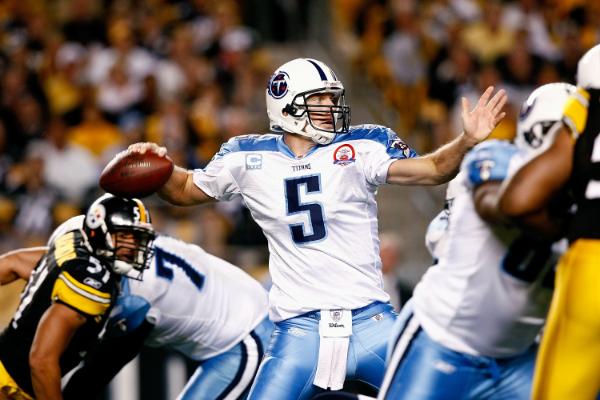 Howdy folks! The General here and I’m the guy who “gets sports things done.” I’ve got 15 games to pick this week (I know, I know, I missed the Steelers-Titans game: We can’t win ‘em all can we?)

I guess I should mention the rules here:

1) I don’t pick against the spread. I’m not a serious gambler and I’m not going to bring a gambling element onto the site. (You can feel free to pick against the spread, but really, I don’t like winning when I pick the loser of the game [which happens all the time when you pick on the spread.])
2) I pick all the NFL Games that week and give you a good reason why. This helps if you can’t keep up with sports like I can.
3) I DO NOT make homer picks. I’m from Atlanta, but I’m not a Falcons fan.
4) I like feedback. Feel free to bust my balls on picks I make (especially if I end up being wrong) it’ll be like a bonding experience.
5) More rules will come as we learn more about sports together. As much I hope I can inform you I’m going to get doubly informed by doing this every week.

Jacksonville @ Indianapolis: 1 P.M.
Let’s get real. At some point Jack Del Rio is either going to win this team back or they’re going to mutiny and hang him in effigy at Alltel (Jacksonville Municipal Stadium, whatever!) This team totally quit on him last year and I can’t see any reason to believe they don’t feel the same way about him now until they show me otherwise.

Indy, on the other hand, is about a stones throw from being fossilized and yet they still scare the crap out of everyone in the league. Honestly, how many games in a row will they win this season? I say they go 10-0 to start the season.

{“But they’re missing Marvin Harrison!” Yeah, they are, and Marvin is apparently a gun-toting lunatic because NO ONE in the league wants him. Mike Vick killed dogs, lost millions, got sold out by family members, went to the clink for two years, and got signed as soon as it was humanly possible for him to be signed. Yeah, that’s Marvin Harrison folks.}

Do you really think Indy will miss him with Reggie Wayne, Dallas Clark, and Tony Gonzalez ready to catch the rock? I think not.
IND – 31 JAC – 13

Detroit @ New Orleans: 1 P.M.
Let’s face it. Detroit is starting a rookie at quarterback who they a ton of money to because Joe Flacco and Matt Ryan were phenoms last year. I don’t hate Matthew Stafford, but I know better. NFL GMs can be so stupid. “Let’s copy a team that got lucky and it’ll work, right?” Whatever! New Orleans isn’t messing with anybody and I don’t think Drew Brees forgot how to throw the ball.
NO – 38 DET – 10

Dallas @ Tampa Bay: 1 P.M.
This oughta be good. Raheem Morris is young enough to be Wade Phillips grandkid. Monte Kiffin isn’t in Tampa anymore so we can kiss the “Tampa 2” goodbye. Tony Romo is masterful before December. Byron Leftwich is starting at Quarterback for Tampa. {Just as an aside. Every time I hear Byron’s name all I can think of is him limping to the line of scrimmage in college while his O-Line carried him. Come to think of it…I think he still does that.} No more T.O. in Dallas. Marion Barber is still an animal. Ronde Barber still looks like the smarter Barber brother. Oh and there’s no gigantic scoreboard to kick punts off of. I say Dallas loses their edge when they realize that Tampa has a Pirate ship with a bunch of scary actors playing pirates with bad English accents. (I don’t know about you, but that’s way scarier than the “Scoreboard of Doom”)
TB – 17 DAL – 7

I laughed when I saw this one on the schedule. Actually, I’m still laughing. How do we promote this one?

“New Doofus Head Coach vs. a Pathetic Excuse For a Franchise”

How about this one?

“I suck more at my job than you suck at yours Marvin!”

These teams are so pitiful it’s almost not even worth picking. Let’s keep it simple:
CIN – 7 DEN – 2

Personally, I think Matt Cassell will play. With that said, I think this one is best summed up with a haiku:

Mark Sanchez has a lot to prove. Actually, the Jets front office has a lot to prove. I’ve already said this in this column {see DET @ NO} “NFL GMs can be so stupid. “Let’s copy a team that got lucky and it’ll work, right?” (Yes, I quoted myself. Whatcha gonna do about it!?)

The Jets put Mark Sanchez out there and pray that it works. Honestly, I think this one might just work. It’s not like Matt Schaub is any better than Sanchez. So, I’ll endorse Sanchez’s debut only because they’re playing the Texans, you know, the team that always “on the cusp” of a breakthrough? Well, I’m on the cusp of puking in my soup the next time someone says the Texans are “on the cusp” of a breakthrough. They suck! Suck, suck, suck! It isn’t going to change, ok!?
NYJ – 21 HOU – 10

Minnesota has the story of the season on their team. No, I don’t say his name…not anymore. He’s too much of a pain to even deal with. They also have Adrian Peterson (who could make himself the REAL story of the season.) Basically, I’m just waiting for him to rush for 3000 yards. I’m dead serious…that kid is a maniac… and if someone is going to break the single season rushing record it’s going to be him. The Williamses aren’t suspended either and now the Vikings are in business. As long “he whose name will not be mentioned here” doesn’t screw it up like he has a tendency to do, then everything is all good.

Cleveland? Oh yeah. They’re Cleveland. Another team with a bone-headed Belichick wannabe. He told the Quarterbacks who’s starting but no one else? Didn’t he think we could watch practice and figure out who’s getting more reps? Wait, did he split the reps so no one would know? Either way, Eric Doofgini is a fool. He’ll lose as many games as his players do this season.
MIN – 34 CLE – 10

For some reason the prevailing wisdom is that one of these teams will suck this season? I didn’t know there was a rule that said “If you have a comeback year the next year you have an equally good chance of sucking again.” I mean, I know the Competition Committee works hard, but I don’t think they’re working that hard.

Atlanta’s got Matt Ryan. Miami has Chad Pennington. Atlanta has John Abraham, and Michael Turner, and Jerious Norwood, and Tony Gonzalez, and Roddy White. Miami stops at Pennington. He’s good, but Matty Ice is better. [Remember, this is not a homer pick, this is reality. Atlanta is the better team.]
ATL – 41 MIA – 24

Philly signed Mike Vick. Carolina is still trotting out Jake “I’m not who you think I am” Delhomme. I just see the Mike Vick thing being less of a problem for the Eagles than the whole “Jake Delhomme is the most inconsistent player on the Panthers…and he’s their Quarterback” thing.

Philly runs some funky wildcat type thing…Vick runs the ball like 95 yards in one play, jumps over a couple Carolina defenders, and endears himself to everyone in Philly before the Philly fans have a chance to go to jail for doing things they normally do {beating up opposing fans, stealing babies, you know the “normal Philly stuff”)
PHI – 21 CAR – 10

Imagine two guys with their feet taped to the ground standing about a foot apart. Now imagine those two guys punching each other in the face until one of them can’t stand up anymore. That’s pretty much how NFC East games work.

Why would the Cardinals have taken one second off between the Super Bowl and now? They have excuse to not be VERY good. I don’t care about all the Anquan Boldin stuff. I care about the Larry Fitzgerald stuff. You know what he did all summer? He worked out with Jerry Rice. Nuff said.

San Francisco can’t even fake their 1st Round Pick QB into getting the starting job. Alex Smith is that bad. I like Mike Singletary, I do. Plus, I’m actually a 49er fan. But let’s face it. They suck. Suck, suck, suck. And that isn’t going to change until the DiBartolo’s buy the team back.

Remember when you were a kid and you knew this other kid who was kinda cool, but kind of a jerk and you never really knew whether to love him or hate him? That’s Jim Mora for me. I really like him, but I also think he has the ability to be just plain stupid. I’m glad he got a chance in Seattle (a place he loves) but I’m not so sure about this. Matt Hasselbeck is old. Actually, most of the Seattle roster is old. I think we need to put them in the museum with the Colts.

Ok, so remember that thing about two guys standing place and punching each other in the face? Yeah, Jay Cutler’s going to get challenged to do that if he doesn’t start winning right now. If that’s not motivation I don’t know what is.
CHI – 20 GB – 13

I only have two questions:

1) How long before Trent Edwards has T.O. screaming in his face because the ball ain’t going T.O.’s way enough?
2) Is Tom Brady, Tom Brady? Or is Tom Brady now Drew Bledsoe?

How can we promote this one?

“The Last Ride of the NFL’s Worst Owner”
“Come See How Far the Mighty Can Fall!”

Honestly, doesn’t anyone remember when Al Davis was a genius, the Raiders were really good, and they went to two Super Bowls in a row in the 80’s after they had already won one under Madden in the 70’s? Didn’t this team play Tampa in the Super Bowl in like 2002? Geez people! They had to win the AFC Title to get that far. It is really hard to believe that the Raiders suck this bad. Actually, it pains me. I want things to be like they were when New England and Tampa sucked and San Francisco and Oakland (L.A., whatever!) were great. Oh, the bygone days.

San Diego might score a google points. Imagine how much Google would pay for that kind of publicity!

Enjoy your Pro Football. I think I can finally feel autumn in the air!