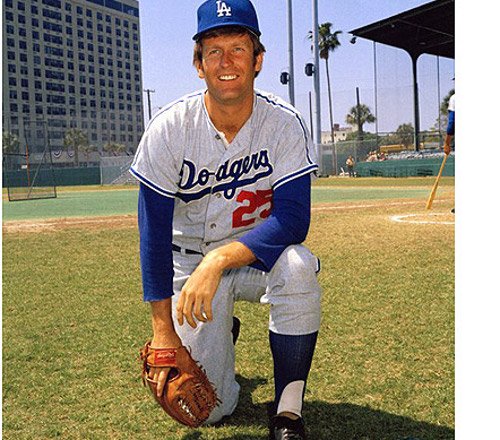 More than 35 years ago a pitcher for the Los Angeles Dodgers, Tommy John, was desperate enough to try a risky surgery in an attempt to save his career. Dr. Frank Jobe, a noted Hollywood surgeon performed the surgery, and, two years later John was back in the major leagues.

In 1977 he won 20 games, 21 games in 1979, and 22 games in 1980. The surgery was more than just a success. In the words of Will Carroll, author of Saving the Pitcher, “Since the invention of the breaking ball there has been no more significant development in baseball than Tommy John surgery.”

Since that groundbreaking surgery in 1974, the procedure has grown in popularity among MLB pitchers, but has it become too popular? Baseball Prospectus conducted a poll in 2002-2003 and found that of all active pitchers in the major leagues, more than 10% of 700 hurlers had undergone the procedure and successfully returned to the big leagues. 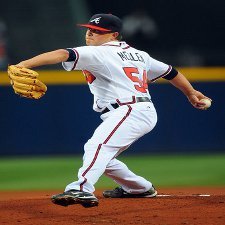 The surgery has continued and is even more prevalent today. In 2010, some prominent names went under the knife for Tommy John surgeries:

Kris Medlen, a promising young pitcher for the Atlanta Braves is the latest casualty. On August 15, the Associated Press reported that Medlen will have “elbow ligament-replacement surgery on Wednesday and will miss the remainder of the season.”

Medlen, with just two years of service in MLB, was having a good season with a 6-2 record and 3.38 ERA appearing in 31 games, including 14 starts. He injured his arm on August 4 while pitching against the New York Mets. The swelling was so bad that the doctors waited a few days before confirming the nature of the injury. He will be out the remainder of 2010 and, if his rehabilitation follows the normal course, all of 2011.

With so many injured players undergoing the procedure, it might be helpful to take a step back and explain what Medlin, Sheets, and the rest will be up against in the coming months.

According to eOrthopod.com, Tommy John surgery is actually ulnar collateral ligament reconstruction. The surgeons call the procedure UCLR. The actual procedure is rather gruesome, if you think about it.

Surgeons make an incision on the medial (inside) of the elbow joint, and reconstruct the tendon by replacing the damaged UCL with a tendon harvested from another part of the patient’s body.The graft can come from anywhere on the body such as a forearm, a hamstring, foot, or knee.

The surgery used to be incredibly invasive as muscles and tendons were detached from the bone so surgeons could get a good look at the damage and protect healthy nerves. Now, modern medicine has advanced to the point where the procedure is less invasive with a greater chance of recovery.

The rationale behind an athlete, whether he is a pitcher in baseball or a quarterback in football, undergoing such a radical operation is to salvage his career and return to complete functionality.

Those athletes who develop UCL issues experience elbow pain during throwing and can also have numbing and tingling in the hand as the ulnar nerve has been stretched at the elbow. A successful operation should resolve those problems and, with the proper rehab, the patient can resume his career.

The typical rehabilitation time for an athlete is between twelve and eighteen months for a major league pitcher and six months for position players, depending on how recovery and rehab goes. The criteria for many physicians to allow an athlete to resume his career is no pain when throwing, full range of motion in the shoulder and elbow, normal strength in the forearm, and, good body mechanics when throwing.

According to eOrthopod.com, the key to a successful UCLR “is to rehab for a long-term career, not to try for shortcuts during the first year of recovery.”  Various studies have shown, with the proper rehab and recovery, 85% to 90% of athletes undergoing surgery return to continue their career and, in some cases, have gained velocity in their pitching. 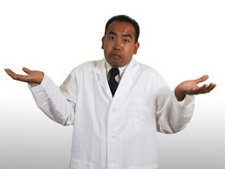 That is the question, right? According to an article in the Houston Chronicle, while UCL surgeries are not tracked on a national level, there is ample evidence to suggest that pitchers of all types, not just MLB players, but minor leaguers, college pitchers, even high school pitchers are undergoing UCLR procedures at an alarming rate.

“I would say over the last five to seven years, (the rate) has doubled,” David Lintner, an orthopedic sports medicine specialist told the Houston Chronicle. “And it goes up steadily every year.”

The “new” Frank Jobe is famed orthopedic surgeon Dr. James Andrews. Typically, when a big league player in almost every major sport has an elbow injury, you hear about a trip to Birmingham, Alabama to meet with Dr. Andrews. Rarely does the meeting end without the suggestion of going forward with the surgery.

Why so many high school pitchers? According to Glenn Fleising of the American Sports Medicine Institute, the biggest problem is overuse. Zealous parents and coaches want their kid to pitch in the big game with the state title on the line, even after they have been used the day before. Fleising cited a statistic that a pitcher throwing with arm fatigue is 36 times more likely to need surgery.

How to Prevent the Problems

Back off, dads and coaches! Physicians say the best preventative medicine for an athlete at any level is to watch how many pitches are thrown in a given week and over the year.

Major league pitching coaches routinely place their young aces on pitch counts, even if it means pulling them after seven innings when they are in the middle of a no-hitter as was the case with Kevin Slowey. On August 14, Slowey was working on a “no-no” against the Athletics and had gotten to 106 pitches when his manager, Ron Gardenhire, pulled him from the game.

Gardenhire was booed by the fans but Slowey had complained of “forearm soreness” and had been placed on a strict pitch count. Maybe the fans were right in being angry, maybe the young pitcher should have been left out there, but maybe Gardenhire saved his pitcher from a flight to Birmingham.

Teenage pitchers should be watched especially carefully, with a suggested pitch count of 100 on a weekly basis. Thinking of calling on that kid to pitch the championship game of the state playoffs? Rest him. In the off season, rest him more, two to three months more. For young pitchers, have them lay off the curves and sliders at least until they can shave.

So is Tommy John surgery here to stay? Yes. With the big money pitchers make to throw 90-mile-per-hour-plus fastballs and with the gazillions of dollars surgeons make to help them continue doing just that, Tommy John surgeries are not going away. Some think of the operations as a career move — a way to gain a mile or two on a fastball, worth the sacrifice of a season to a season and a half.

Kris Medlen goes under the knife on August 18. See you on a big league mound in 2012, sir.